Last year, Sproggiwood ($4.99) hit mobile, and the game actually did pretty well on mobile, having a better launch than the desktop versions of the game. I implored for the the team at Freehold Games to make their next game, Caves of Qud, for mobile as well. They’ve been working on it for a long time, and it released on Steam Early Access. There were apparently some hurdles for Freehold to get over that could preclude Caves of Qud on mobile, but they’re starting to get cleared, as Brian Bucklew of Freehold has the game up and running on mobile right now:

Took a little tweaking, but there we go. Straight up playable. pic.twitter.com/64LZy11N6R

And later, got a rough mobile-friendly interface up and running for the game: 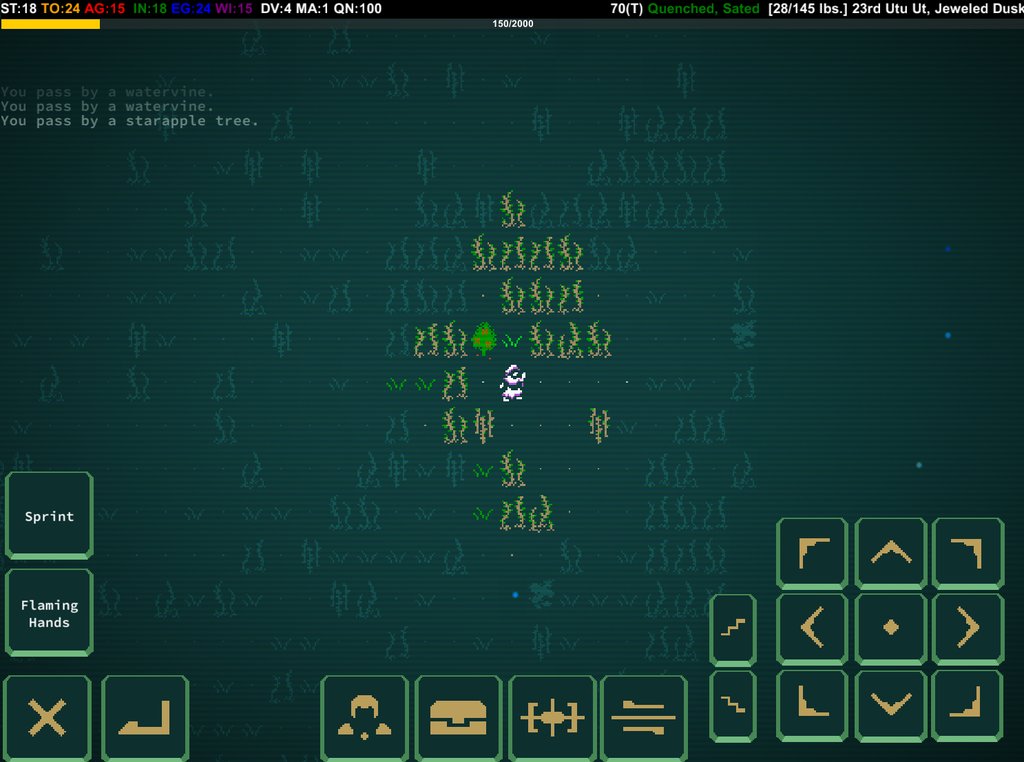 Huzzah! The game is a massive roguelike where all sorts of events can happen as you do all sorts of crazy things. In fact, I’ll let the developers explain:

Caves of Qud is a colossal project. We’ve weaved a rich, exotic, and well-researched culture around deeply simulated physical and political systems. The world is expansive, the gameplay is unpredictable, and the plants are sentient. For example, you can:

I mean, if that doesn’t sound interesting to you, I don’t know what to say. A mobile version could be far off (at least on iOS) due to rules around early access games and whatever work would be necessary to port the game to iOS in a finished capacity. I’m just happy the steps are being taken to make it happen, though.