Hello everyone, and welcome to the week! It’s time once again for our look back at the noteworthy updates of the last seven days. Lots of updates this week, especially due to the Chinese/Lunar New Year. A few Valentine’s Day updates trickled into the mix, and some other nice surprises besides. Of course, you can keep an eye out for updates yourself using AppShopper Social (Free), the watchlist in the TouchArcade App (Free), or by participating in the TouchArcade forums, but this weekly summary is here to fill in the things you might have missed. Let’s dig in! 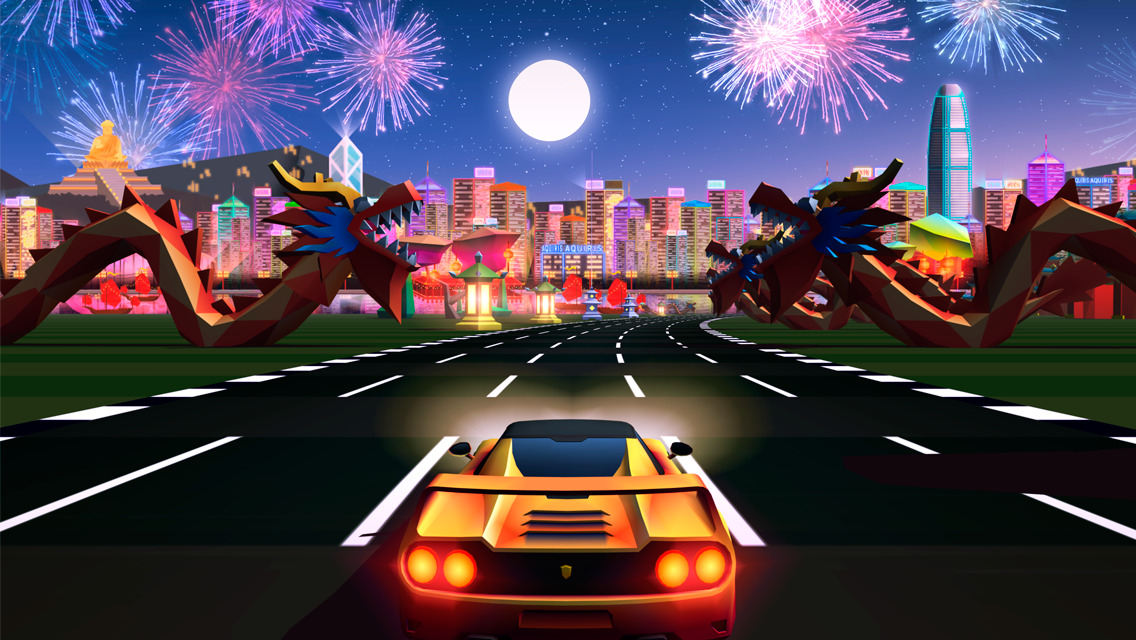 Horizon Chase, Free Let me tell you about this week. This week is all about the Lunar New Year updates. Horizon Chase got one, and it offers a new temporary track where you can win a new car if you take first place. It’s not too tough to do, so I think just about everyone has a chance to get it. Of course, the update broke the game again for many paid customers, so the developers are scrambling to fix it up as I write this. Happy New Year!

Minecraft, $6.99 Stealth Lunar New Year update! If you’ve got two bucks and a hankering to re-enact arguably the finest story that ever inspired an Akira Toriyama manga, you might want to pick up the new IAP pack of skins that lets you give everyone a Journey To The West makeover.

CHAOS RINGS â…¢, $19.99 Well, it’s not Bioshock, but at least one fairly new game that broke mere months after its release is up and running again. Chaos Rings 3 now runs properly on all devices it was intended to. It’s a great game, and while I wish it didn’t take a half-year to get these things fixed, at least Square Enix did it. Cough cough 2K.

Indigo Lake, $1.99 Speaking of games that now work properly on iOS 9/64-bit devices, Indigo Lake got an update that does that and more. In addition to the important fixes, you can now rotate your device to save, appreciate some new water and lighting effects, and sample a delicious tray of new ghosts. Please do not eat ghosts. That was a metaphor. If you eat ghosts you will probably get sick and need some of the products advertised during yesterday’s Super Bowl. More like Super Bowel, am I right everyone? Ha ha. We have a lot of fun around here.

Star Traders 4X Empires Elite, $4.99 For a Trese Brothers update, this one is a little small. That means there are only 10 things in the list instead of 30, though. The name of the game this time around is UI improvements. Well, no, the name of the game is Star Traders 4X Empires, but the update is mainly concerned with UI improvements. Lots of little ones that help you get a better read on your situation without diving into further menus. Good stuff, really.

Dungeon Link: Adventure RPG, Free Dungeon Link has a new area, three new heroes, and a new costume, Cerberus the Devil Hound. In addition, there’s a new difficulty level for the Daily Dungeon called Challenge. Well, that’s certainly a name. The rest of the update looks like UI tweaks and bug fixes, which are welcome but not that exciting to write about. 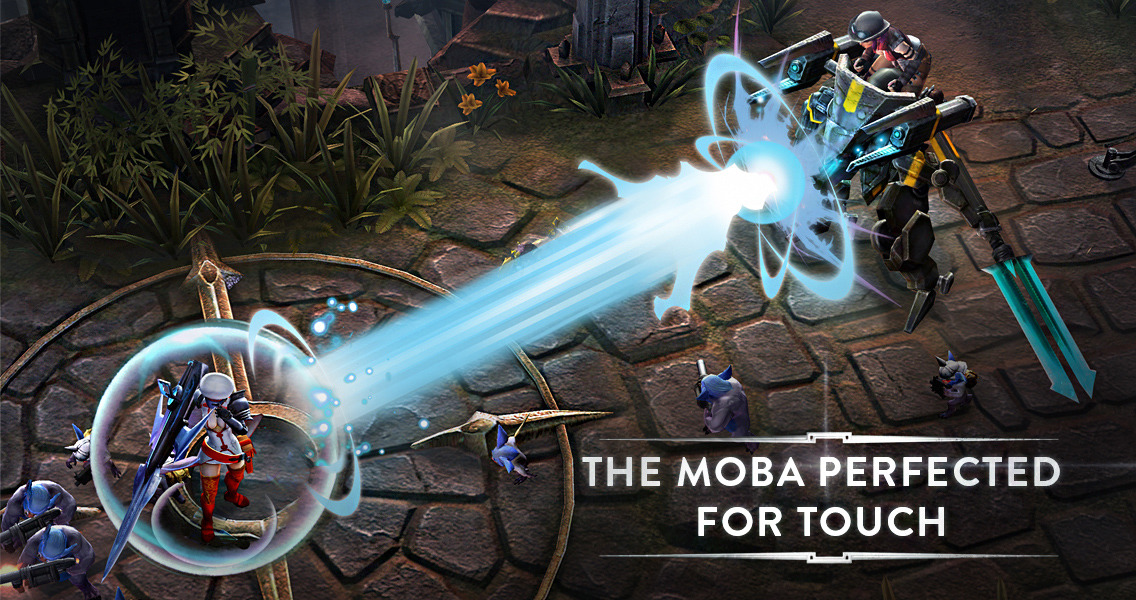 Vainglory, Free Vainglory got two updates in the last week. The first added the new hero, Ozo, a carnival monkey who may or may not be related to Gleek. He’s got a neat list of moves, and I especially appreciate the reference to Rufio from Hook. Yes, yes, very good. The other side of that update is that ranked play now features a draft mode with special rules to spice up your Vainglory life. Also, a Lunar New Year event, which brings us around to the second update. For a short time, you can get the hero Koshka free just for logging in. Sweet! For combat monkeys and free heroes, I hereby award Vainglory with the Update Mondays Most Spider-Mans Of The Week award. Enjoy it in good health!

Respawnables - Special Forces, Free So yes, Lunar New Year, of course. What that means here is a special Monkey Year event with tons of prizes on offer. Plus, the developers have brought back the Chinese Heroes Armor bundle. That one will probably cost you, but the included armor has nice stats and gives you a leg up on the current event. Rounding out the update is a specially-themed map complete with red lanterns, fireworks, and a dragon! Please do not pet the dragon.

Pet Rescue Saga, Free As Dave The Puppy is an iron-fisted tyrant who rules his people with fear, there will be no Lunar New Year celebrations in the world of Pet Rescue Saga. There will only be 15 new levels in a creepy setting Dave cruelly refers to as “The Pet Cave." Have you no sense of decency, you vile hound?

Order & Chaos Online, Free Phew, this is more like it. Valentine’s Day and the Lunar New Year in one neat update! There’s a Valentine’s Day event going on now, and the game is getting into the Year of the Monkey with a set of missions that put you up against… Wu Kong himself? Yikes, good luck with that one, friends. I’ve heard from reliable sources on Facebook that he could beat up Superman!

Asphalt 8: Airborne, Free Year of the Monkey madness continues! Compete in a special R&D event for a chance to win an ED Design Torq, and collect some Lunar New Year decals to customize your cars with. As usual for Asphalt‘s updates, there are a handful of new cars you may or may not be able to earn for yourself, including the Alfa Romeo 4C and the Lamborghini Estoque. They’ll be rolled out in time-limited events, so you’ll want to keep an eye on the game to see what comes. Unrelated to everything else, there are new Area 51 events to check out. I guess it’s a warm-up for the new Independence Day movie?

Puzzle & Dragons (English), Free One of the things that helped Monster Strike get where it is in Japan is the awesome co-op play. Puzzle & Dragons has taken note, and as of this update, the English version now has some co-op dungeons that you can play with your friends. In another nice move, stamina recovery time has been reduced from five minutes per unit recovered to three minutes, cutting your waiting time nearly in half. This update sounds good for the players all around. 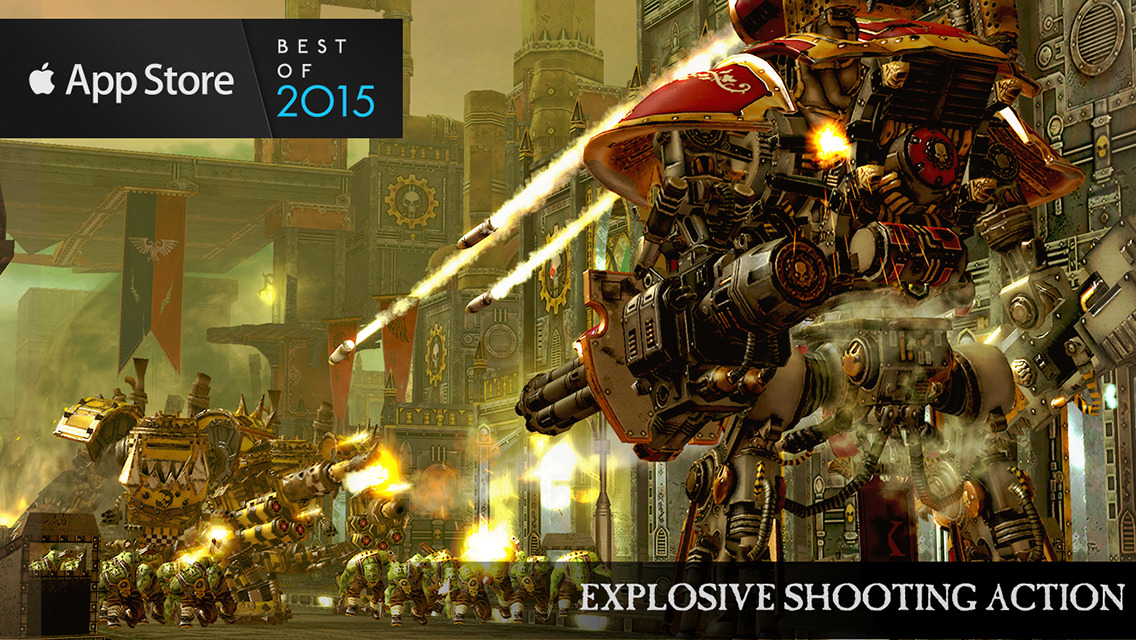 Warhammer 40,000: Freeblade, Free Version 1.3 brings a bunch of additions to the game, including a new weapon, the Thunderstrike Gauntlet, some new events, a new story chapter, and a bunch of other content. The developers have also rebalanced forging and patrol missions so that they’re slightly fairer to the players. Rounding things out, the level cap has been raised to 50 and dozens of new unique wargear items have been put into the game. Happy hunting!

Fantasy War Tactics R, Free This recent release from NEXON seems to be gaining traction nicely, which means players can probably look forward to plenty of updates in the future. For now, the latest update adds a Hard mode Tower Of Dawn, a guild system, a new hero, some new items, and the ability to change your nickname. Plus, for a limited time, there’s a Valentine’s Day event going on. Because nothing says love quite like strategic turn-based battles to the death. Hey, it works for Fire Emblem!

Temple Run 2, Free Another Valentine’s Day update! And here I thought you all forgot about it. Not only do you get a nifty temporary icon change, but there’s a special hat you can unlock by collecting specially-themed artifacts. You can also grab a free treasure chest at the moment, and there are 12 new objectives to complete. Additionally: bug fixes!

Shadowmatic, $3.99 We’ve almost made it, friends. Only a few more Lunar New Year updates to go. Shadowmatic adds 10 Chinese-themed levels to celebrate the occasion. In addition, there are no longer any IAPs in the game, with the number of daily hint-points boosted up to five to compensate. For all of you Apple TV owners, you might appreciate the new ability to synchronize your progress between your mobile devices and your set-top box.

Dungelot: Shattered Lands, $3.99 Now that the game has finally been released, it’s time to tweak and balance it based on player feedback. This update makes a number of changes along those lines, nerfing some items like throwing knives and axes while buffing others such as fish and berserk potions. You’ll have to adjust how you’ve been playing, but I’d imagine it’s all for the better. This update also fixes the few nasty bugs the game launched with, most notably the witch crash and the starvation bug. Hopefully people can settle in and enjoy this one fully now.

Rick and Morty: Pocket Mortys, Free How do you make Pocket Mortys better? Well, one good way is to add more Mortys, which is what this update does. There are 19 new Mortys, in fact. And since this update also fixes a bug that prevented players from catching Mascot Morty, it’s really like 20 new Mortys! Wow!

Candy Crush Soda Saga, Free Friends, I’m not going to lie. I kind of miss this game. I stopped playing after my save got corrupted because I’ll be cold and dead in my grave before I put up with some of those levels again, but I’ve yet to find another decent game to fill its position as my utterly mindless stationary bike game. Oh well, for those of you still playing, there are 20 more levels now, bringing the total up past the 700 mark. 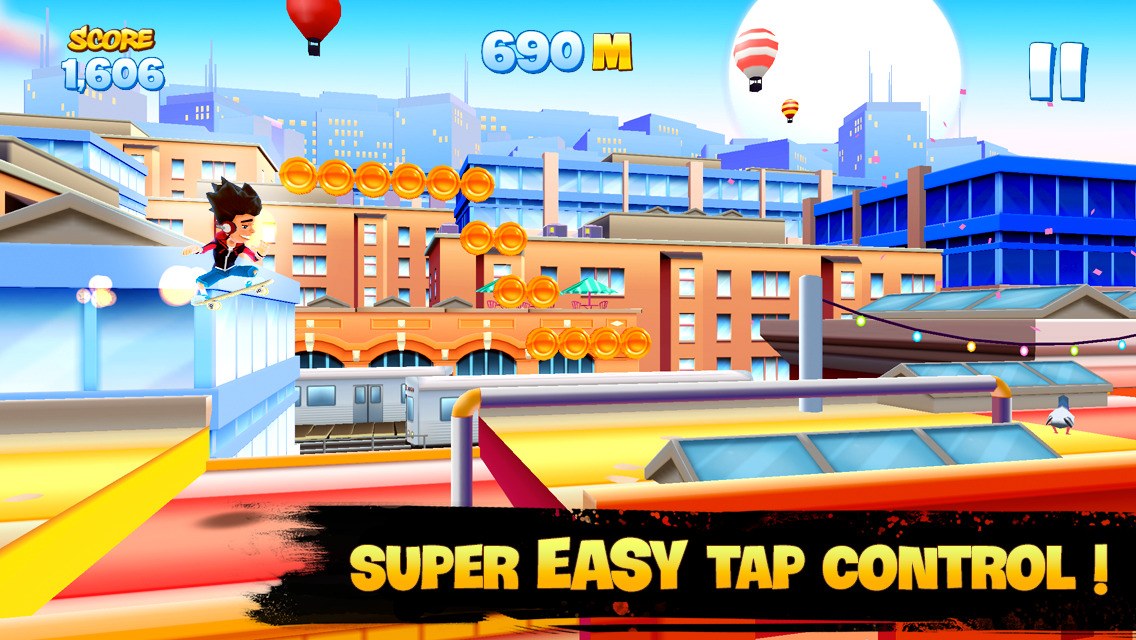 Skyline Skaters, Free The Skyline Skaters care not for your holidays. Nope, they’re going to Chicago, and that’s that. Skate along Lake Michigan and keep your eyes peeled for the Sears Tower. Bag a new costume for Matt and enjoy the luxurious freedom of the new rank cap of 100. Okay, this isn’t the most exotic locale the game has visited, but hey, it’s something.

Slashy Hero, Free Slashy Hero has 16 more levels to play, along with two new enemy types, a new costume to collect, and a new final boss. I really enjoy the simple-yet-challenging gameplay on this one, and it’s quite fair for a free-to-play game, I think.

Land Sliders, Free Land Sliders is all for the holidays, and that means an update with 14 new characters in honor of the Lunar New Year. There are new characters to find every day, hidden envelopes to search out, lots of cool decorations, and even some golden monkeys you can nab for some coins.

hocus., $0.99 Finally, we’ve got an update for the quirky puzzle game hocus., with 20 new levels, optimizations to the new level editor that was added in a couple updates back, and a new category for the editor that lets you see levels that are popular at the moment.