So, Warbits has been in the works for a long time now – we wrote about it back in 2014, and it’s been in development for about 4 years now. But it’s finally nearing completion, and it’s looking really, really impressive. It’s very much inspired by and a streamlining of the influential turn-based strategy game Advance Wars – many of the systems and unit types directly resemble ones from that game. Plus, the whole thing has a quirky and humorous feel to it, with robots arguing about whether ketchup goes on scrambled eggs. The villains say yes, and frankly, I agree. Hot sauce on scrambled eggs is good too, but sometimes I like some ketchup on there. But there’s a reason why I’m the villainous Carter Dotson, after all. 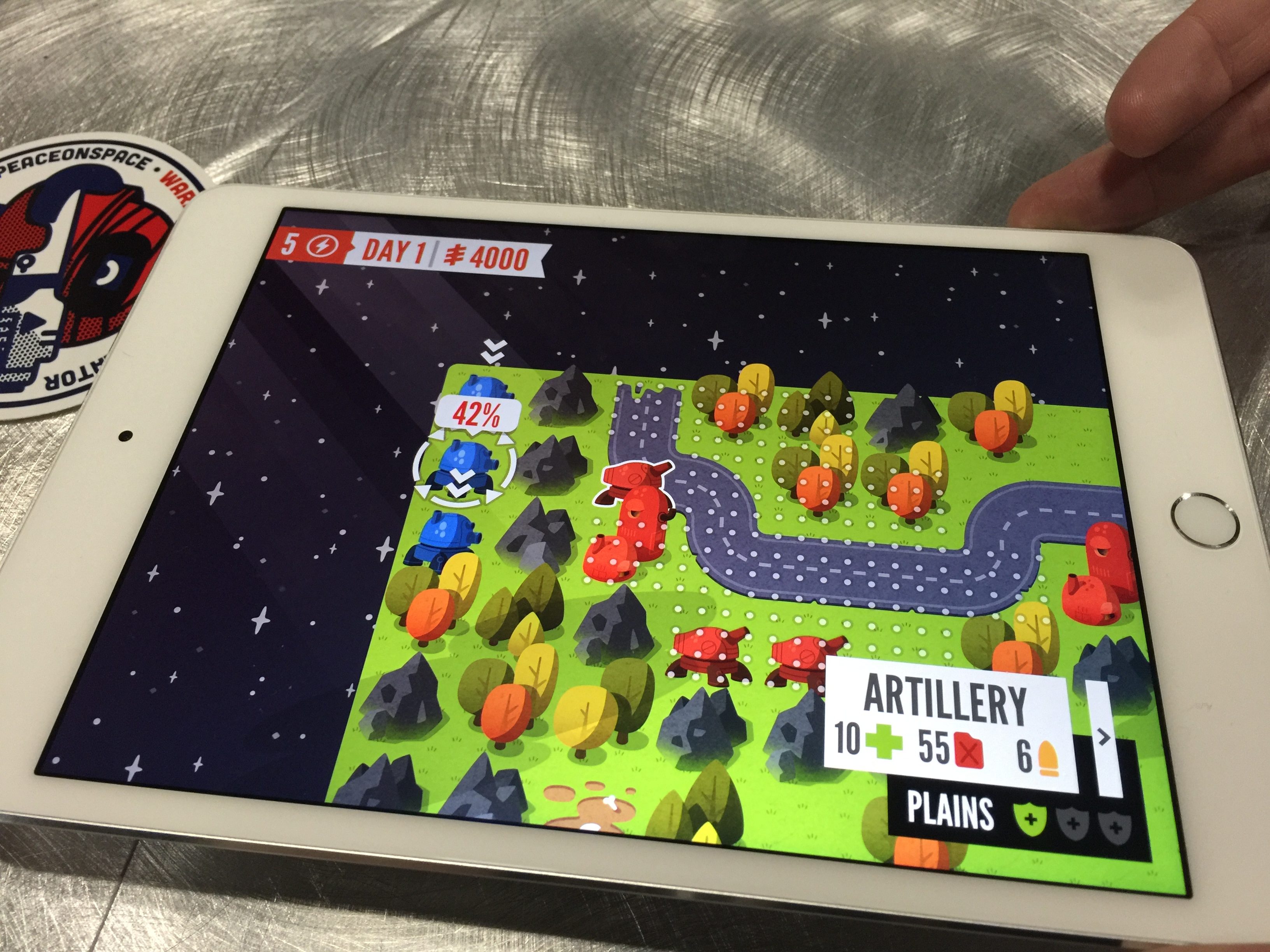 Warbits will feature both a singleplayer campaign and multiplayer with online play. You’ll be able to compete in what they’re calling tag leagues, where you’ll be able join leagues based around a certain hashtag with rankings therein. So, you can battle it out in #toucharcade, for example. Warbits looks really slick and plays well in the demo I received, and the devs at Risky Lab are already doing a beta test for the game, and they’re hoping to release the final version this spring, with this game’s long, long development cycle coming to a close.