I was excited to see that our fearless leader Eli had assigned this year’s biggest release thus far, Crashlands ($6.99), to Shaun for review. This was for a couple of reasons. First, I just don’t think I’m talented enough to properly write about such a massive, complex game, and Shaun is of course a master at doing just that. Secondly I had been following the story behind Crashland’s creation for over a year, and I was worried that might flavor how I approached Crashlands were I to review it or write about it in any way. 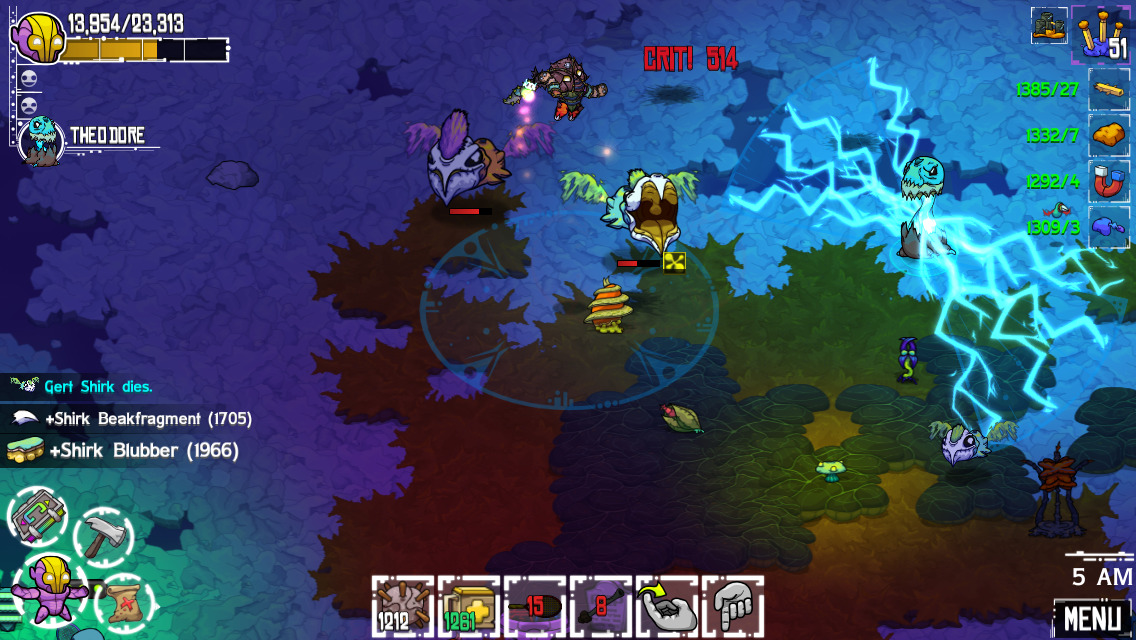 Not that we let things like that bias us, but it’s hard to ignore that one of the three brothers that make up Crashlands developer Butterscotch Shenanigans had beaten cancer twice within a year’s time leading up to the game’s release. I mean, how can you not root for those guys? Even as someone who was on the beta for Crashlands, I remember having massively conflicted feelings. On the one hand, Crashlands looked amazing from the start, was amazing even when I played it in an incomplete state at GDC last year, and was easily one of my most anticipated games ever on iOS, so I was dying to give the game a look as soon as possible. On the other hand, I was absolutely frightened that it might suck. These brothers had put everything into Crashlands, and it was an enormous venture for the still budding developers, and I was scared that the game might not have been able to pull off their vision.

So Shaun was both more well-equipped as a writer than me and hadn’t been following the development of Crashlands hardly at all, so he didn’t have any preconceived notions of what to expect. I’m glad he’s the one that reviewed Crashlands. But then I got to thinking, well why should I have to divorce my knowledge of the situation behind the scenes of Crashlands from the game itself? It’s an amazing story, and it resulted in an amazing game. They’re very connected to each other, as Crashlands wouldn’t exist if it wasn’t for Sam getting cancer. And I realized that I don’t have to. So for a critical overview of Crashlands, be sure to read Shaun’s review. And for more impressions than you can shake a stick at, be sure to read through the game’s forum thread. But for this Game of the Week piece I want to focus on something more specific. 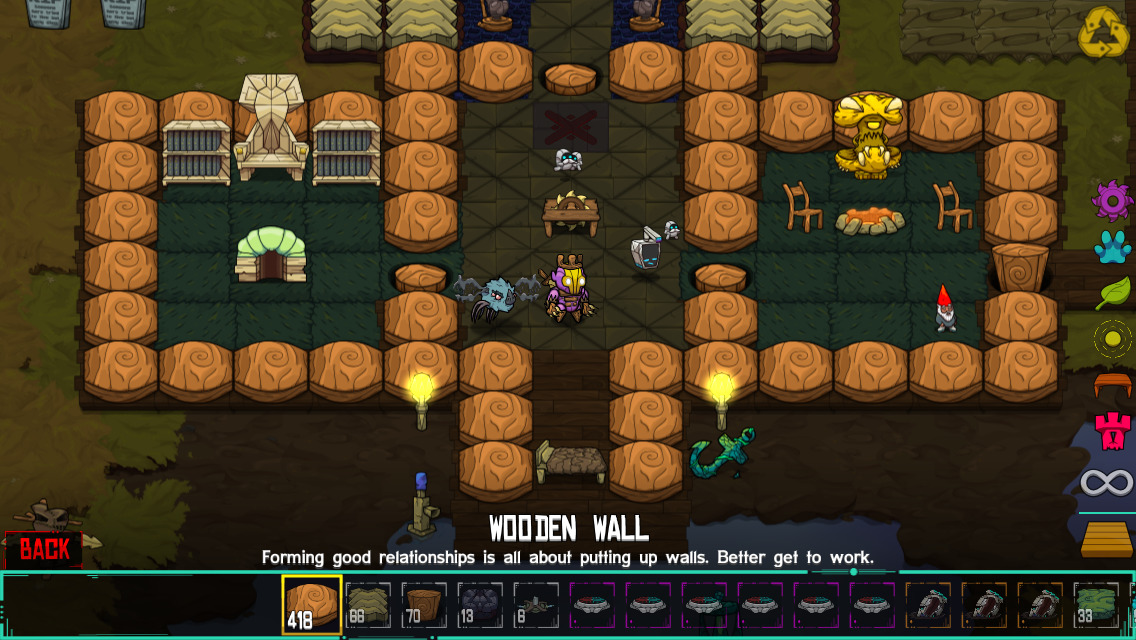 If you haven’t read the story from Sam Coster of Butterscotch Shenanigans regarding how Crashlands came to be, please go read it now. It’s an incredible and inspiring story. But the thing that always stuck out about it was Sam’s desire to create a game that was an escape, a tiny world that he can go to while dealing with painful treatments and the general suckiness of dealing with having cancer. It hit me almost immediately in my limited time with the beta of Crashlands, and my more extensive time with the final launch version that came this week, that Sam and his brothers accomplished this goal to a T.

Crashlands is literally this tiny little fully-realized world that you can jump into at a moment’s notice to escape, or to relax, or to challenge yourself, or to explore. There’s so much going on and so much to do, and with how well-designed and streamlined everything is it’s really no big deal to pop in for a few minutes or for many hours at any given time. I mean, I better have at least two hours of free time ahead of me before I go firing up Fallout 4, but I don’t have that worry with Crashlands. I know that for myself and others whenever hard times arise and you just need to take your mind off things, Crashlands will always be there as an escape. That is a very powerful and awesome notion.

There probably isn’t much I could say about Crashlands that hasn’t been said already. I’ve never seen a video game on any platform let alone on mobile that’s been so universally loved by everybody. For once, a game actually lived up to the hype. More than that to me though is that Sam and his brothers realized their vision and created what they set out to, and it came out better than I could have ever imagined. Crashlands was an absolute no-brainer for our Game of the Week pick, and I hope that if you haven’t given it a try yet you will very soon.