Man, it’s always a bummer when the final wing of a new Hearthstone adventure opens. On one hand, it’ll be kind of nice to have all these new cards in the card pool to see what kind of crazy decks people come up with. On the other, it’s really fun playing through various single player battles every week. But, hey, at least Blizzard keeps things interesting with the tavern brawls, even if you’re not into following the super competitive meta which always shifts significantly when new cards are added.

Anyway, today’s wing is The Hall of Explorers, which provides the exciting conclusion to The League of Explorers. You’ve assembled the Staff of Origination, and of course it got stolen and is now being used against you. 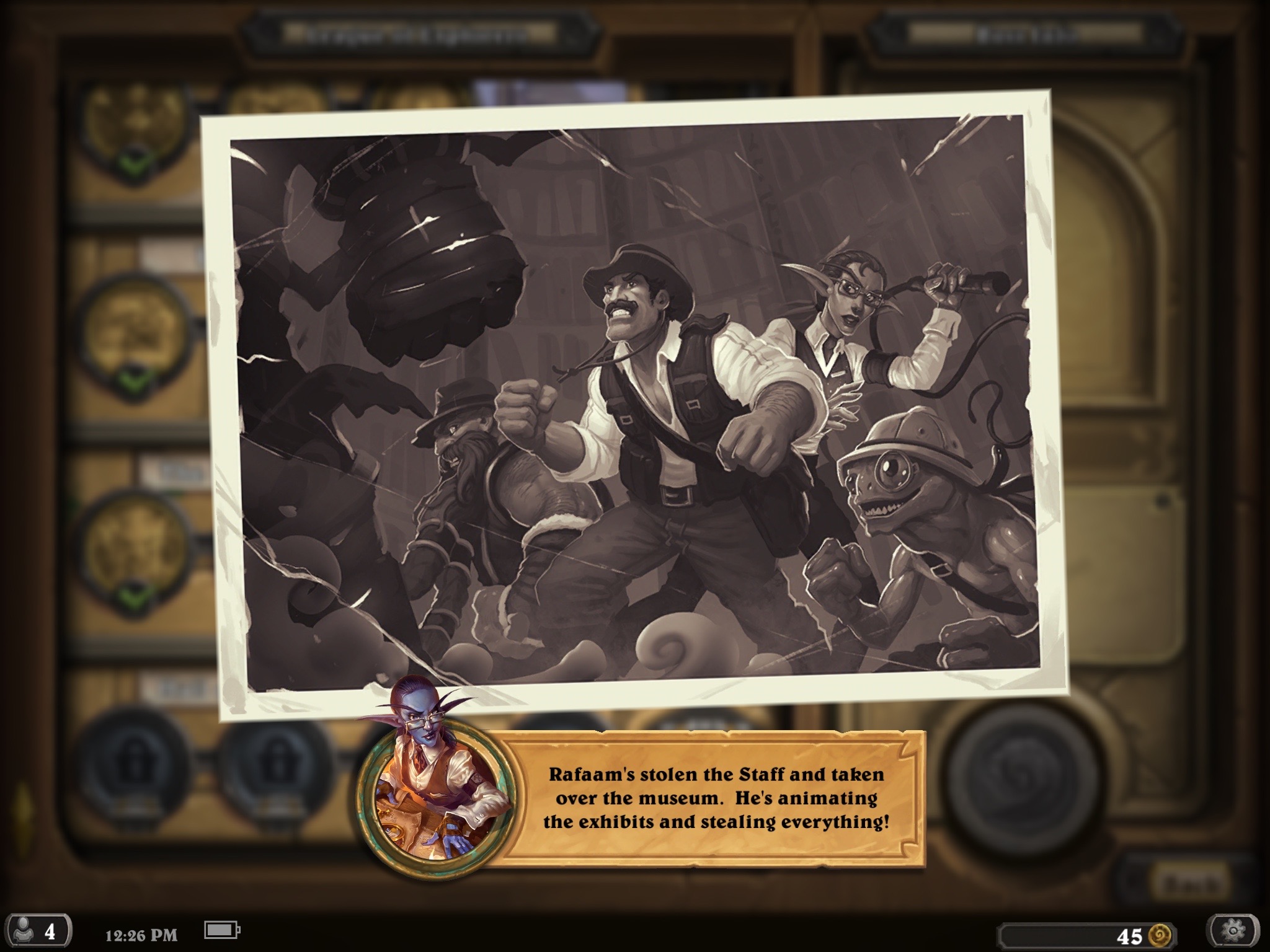 This week the legendary you’ll be rewarded is Elise Starseeker, which gives the Map to the Golden Monkey, which finally gives the Golden Monkey. Will anyone be lucky enough to pull off drawing and playing all three cards in one game? We’ll just have to wait and find out.