Let’s be honest: when it comes to mainline Final Fantasy games, Final Fantasy 2 ($7.99) is the Rodney Dangerfield of the bunch. While it has its flaws, it’s not nearly as bad as its reputation would have you believe, and it actually lays down some important foundations for things the series would become famous for. Yet, because of its poor standing, it tends to sit near the bottom of most people’s lists, and that seems to include Square Enix itself. The iOS port of Final Fantasy 2, which arrived way back in the pre-iPad days on the coat-tails of its more popular predecessor, has suffered from issues for years at this point. The first game, which suffered from similar problems, received an update earlier this year, but as the weeks went by, it seemed like Final Fantasy 2 was getting left out in the cold yet again.

Well, it certainly took a while, but an update for Final Fantasy 2 has just arrived. It fixes the audio bugs introduced in iOS 8, the language bugs introduced in iOS 9, and finally makes the app universal so that iPad players can play it natively. Granted, it’s still using relatively low-resolution assets, so it doesn’t look that great running at iPad-size, but hey, it’s something. 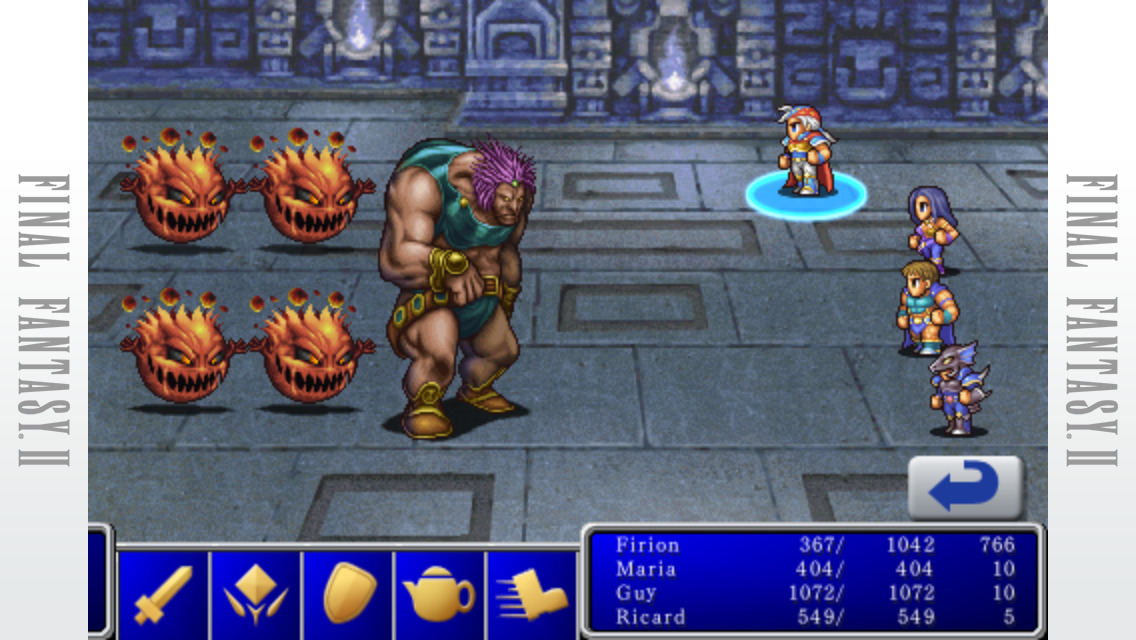 Since this is the first update in almost three years, Square Enix also had to account for the larger iPhone screen sizes introduced in the meantime, so get ready to say “good-bye" to the black areas on the sides of the screen and “hello" to some very plain borders with the game’s title. The new controls that were added to Final Fantasy ($7.99) have also been added in here. Whether that’s a good thing or a bad thing is an exercise best left to the reader.

Now, like the port of the first game, this app is fairly long in the tooth. It would be nice if Square Enix revisited these two games to at least give them a visual overhaul, but I have a feeling that might be a monkey’s paw wish at this point, so I’ll instead be happy that they’ve bothered to update Final Fantasy 2 at all. I don’t know if it’s anyone’s favorite, but I have a lot of respect for the game and enjoy running through it again every now and then. Thanks to this update, I no longer need to keep an old device handy to do it.