As regular readers know, I play a lot of interactive fiction games. Visual novels, gamebooks, text adventures, I enjoy them all just the same. While I’m often pleasantly surprised by the writing or structure of these games, it’s quite rare for me to come across something that is different from a gameplay perspective. Veteran gamebook developer Tin Man Games has been full of surprises recently, however, so I suppose I should start expecting things like Choices: And The Sun Went Out (Free). It’s a choice-based adventure with a couple of clever twists, with chief among them being that it’s not finished. Okay, that’s normally a bad thing to say about a game, but in the case of Choices, it’s actually its main hook. Rather than presenting a complete story that players can purchase up-front, Choices instead offers a subscription-based model where new content arrives every week, building on the story bit by bit. 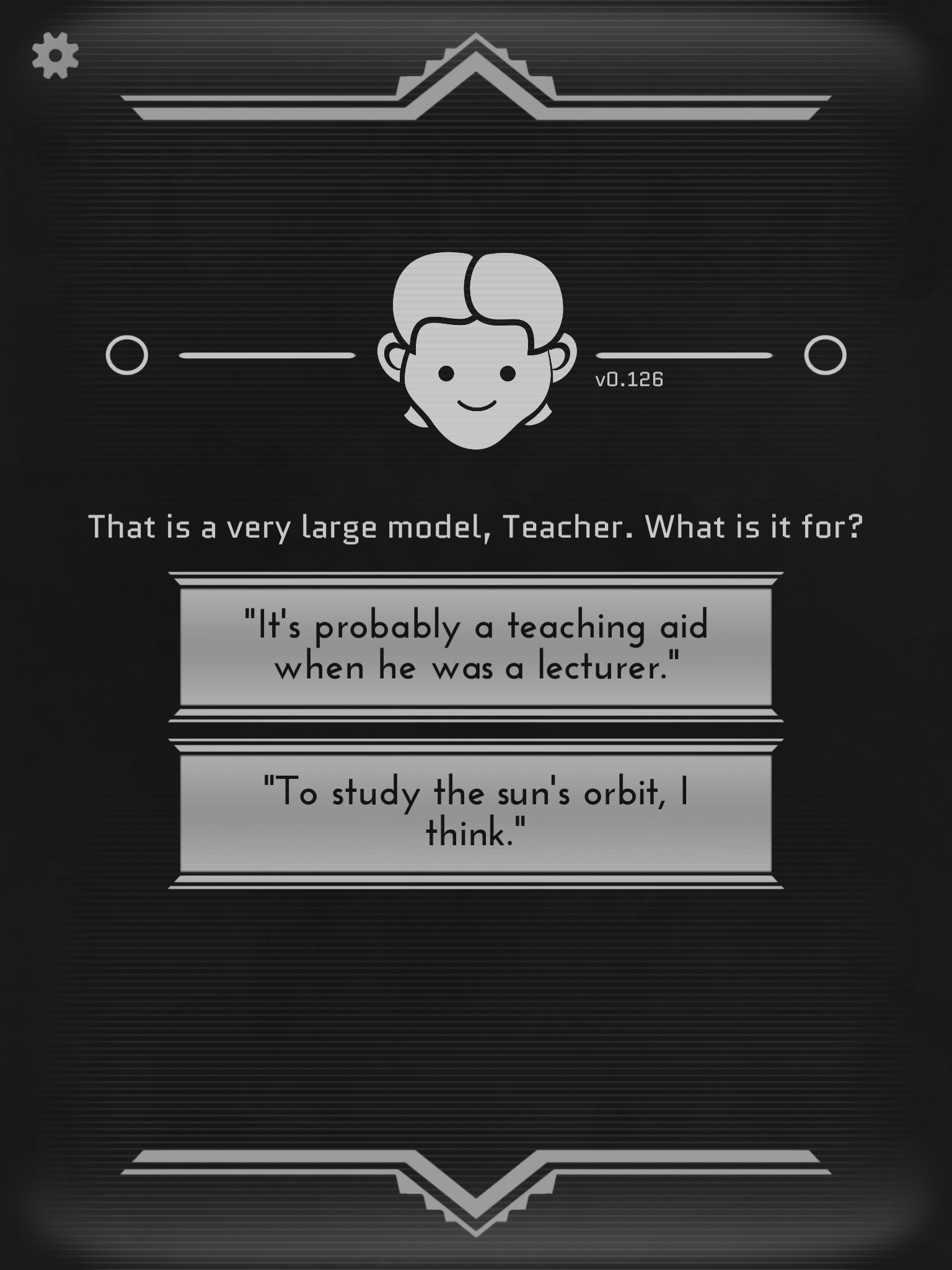 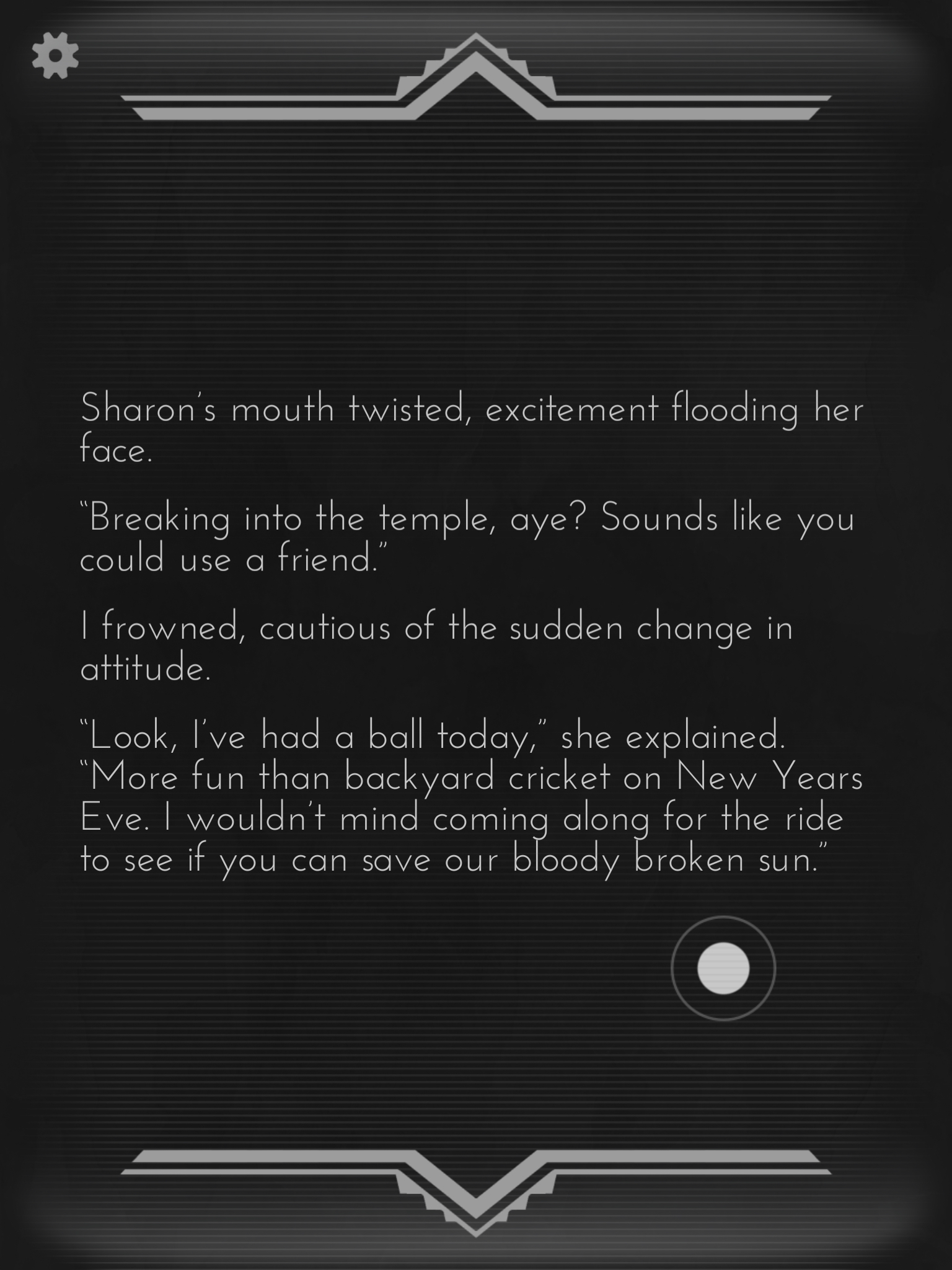 With that being the case, I decided to wait until the first update arrived before writing this review. It gave me a little extra story content to chew on and demonstrated the way the game would work from here on out. I should mention that at this point in time, Choices is quite short, and I have no idea how long Tin Man intends for it to run. That makes it hard to review as a work on the whole, so instead consider this an assessment of the premise and basic ideas in play. I’ll likely revisit this review now and then to revise it based on the game’s progress. The idea of an interactive story that proceeds like a serial adventure, able to adapt as it goes along based on how players react, is an exciting enough set-up to have my attention for a little while, at least.

For reasons nobody can quite explain, the sun went out for several hours. It came back soon, but such a major event obviously has a lot of people asking questions. Worse yet, many scientists around the world are being murdered or kidnapped by an unknown party. You quickly get pulled into these bizarre circumstances, kicking you off on a global adventure that has you investigating who is behind the disappearances and murders, what exactly happened to the sun, and what it all means to the world. While you’ll meet and team up with a variety of characters along the way, your primary companion is Moti, an artificial intelligence whose personality is shaped by your decisions. Your character wears Moti like a wristwatch, and if you happen to own an Apple Watch, you can do the same. Choices supports that device, but since I don’t have one, I can’t tell you exactly how that works. 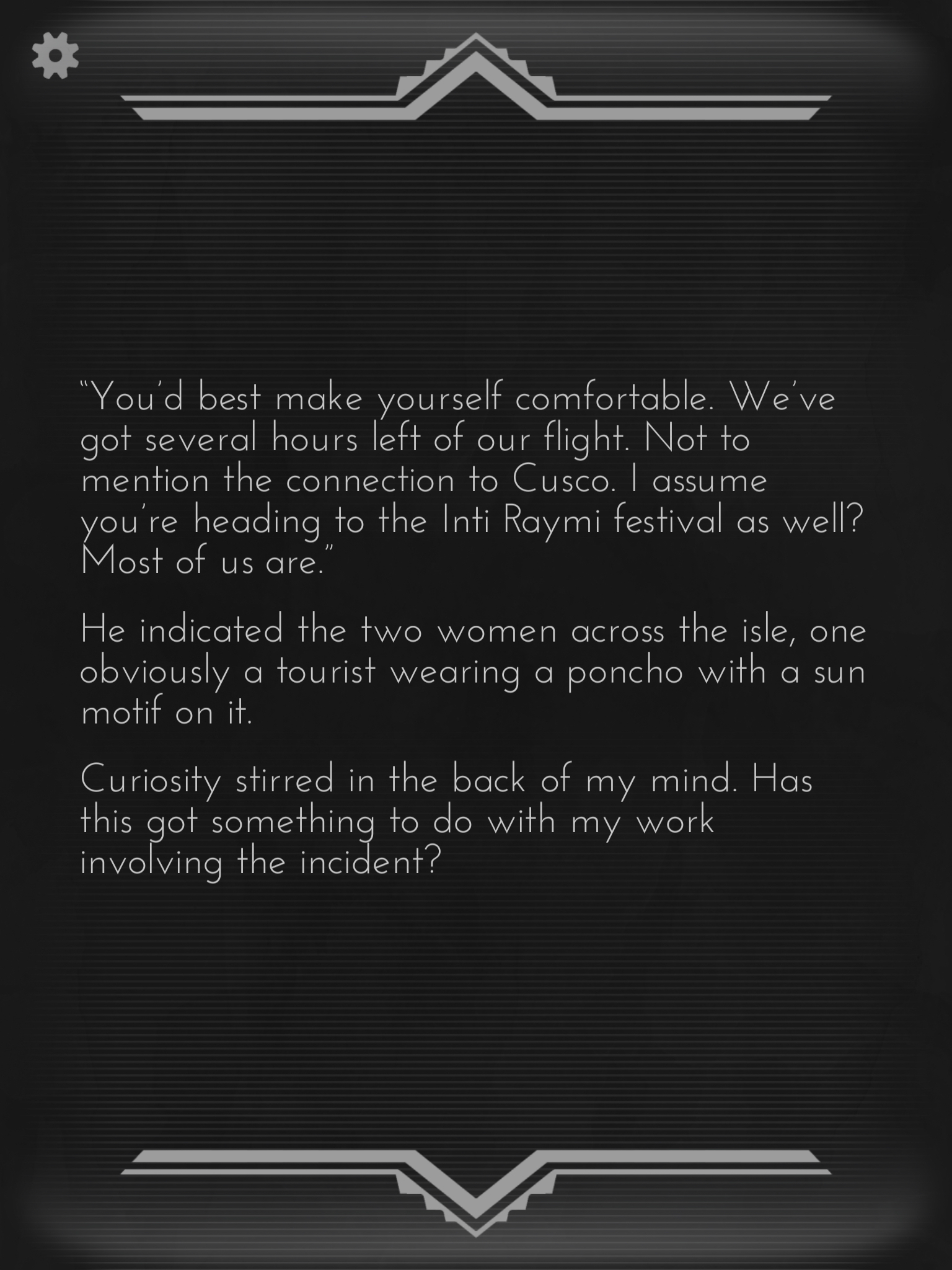 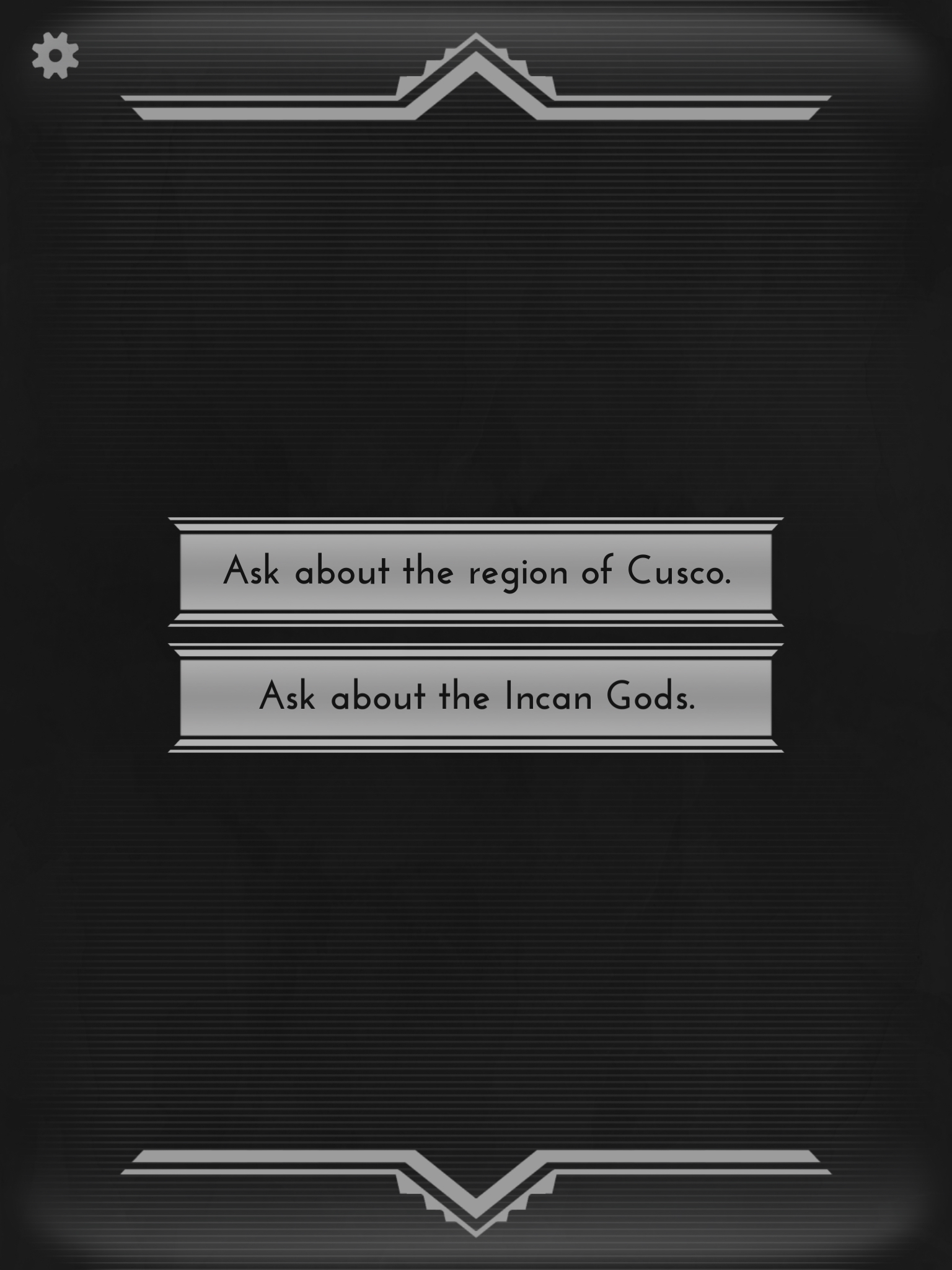 A feature I can tell you all about is the Telltale-like way the game will occasionally inform you of how many players made similar choices to your own. In Telltale’s games, it shows you a screen with all of the major choices and what percentage of players went along with each, but in Choices, you can only see how many went with the path you’ve set yourself on, leaving other potential outcomes as a mystery. With only a couple of chapters available at the moment, I suspect there aren’t too many branches to the game, but there’s potential for this game to grow tremendously over time. I’m not sure how Tin Man is going to handle the possibilities if the game runs for a long time, but I imagine they’ve got some kind of plan, so we’ll have to see how things go.

The first part of the game is free and basically sets up the world and gets you on your way. It serves its purpose well, but it’s a little thin on action. Luckily, the second part delivers a powerful punch, pushing the story forward in intriguing directions and serving up an exciting action sequence. With new parts planned to be added on a weekly basis, I’m not sure how Tin Man Games plans on pacing each one, but I feel like this second part demonstrates that the story can heat up when they want it to. It also throws out a few mysteries to pique your curiosity and build some anticipation for the next chapter. 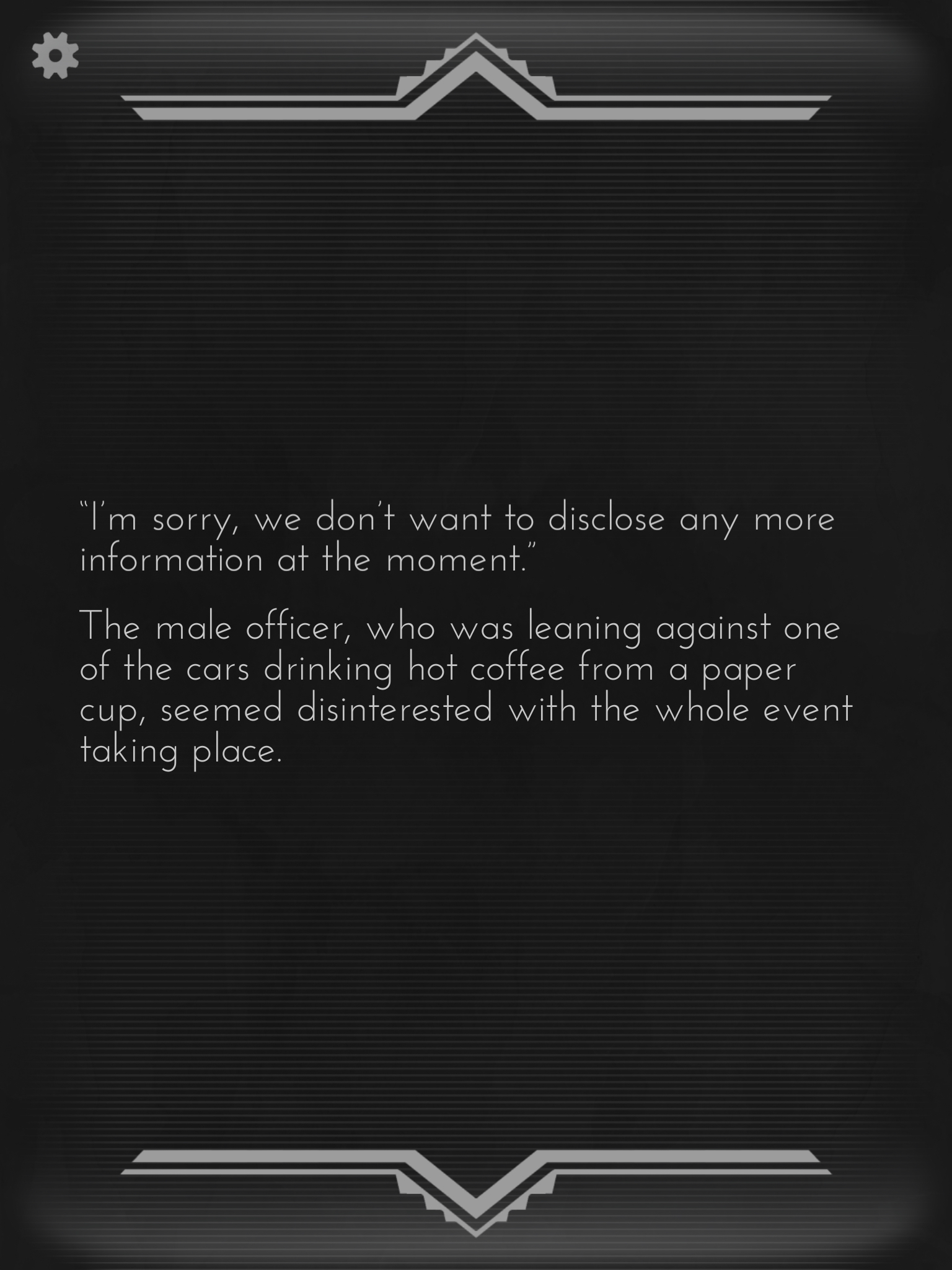 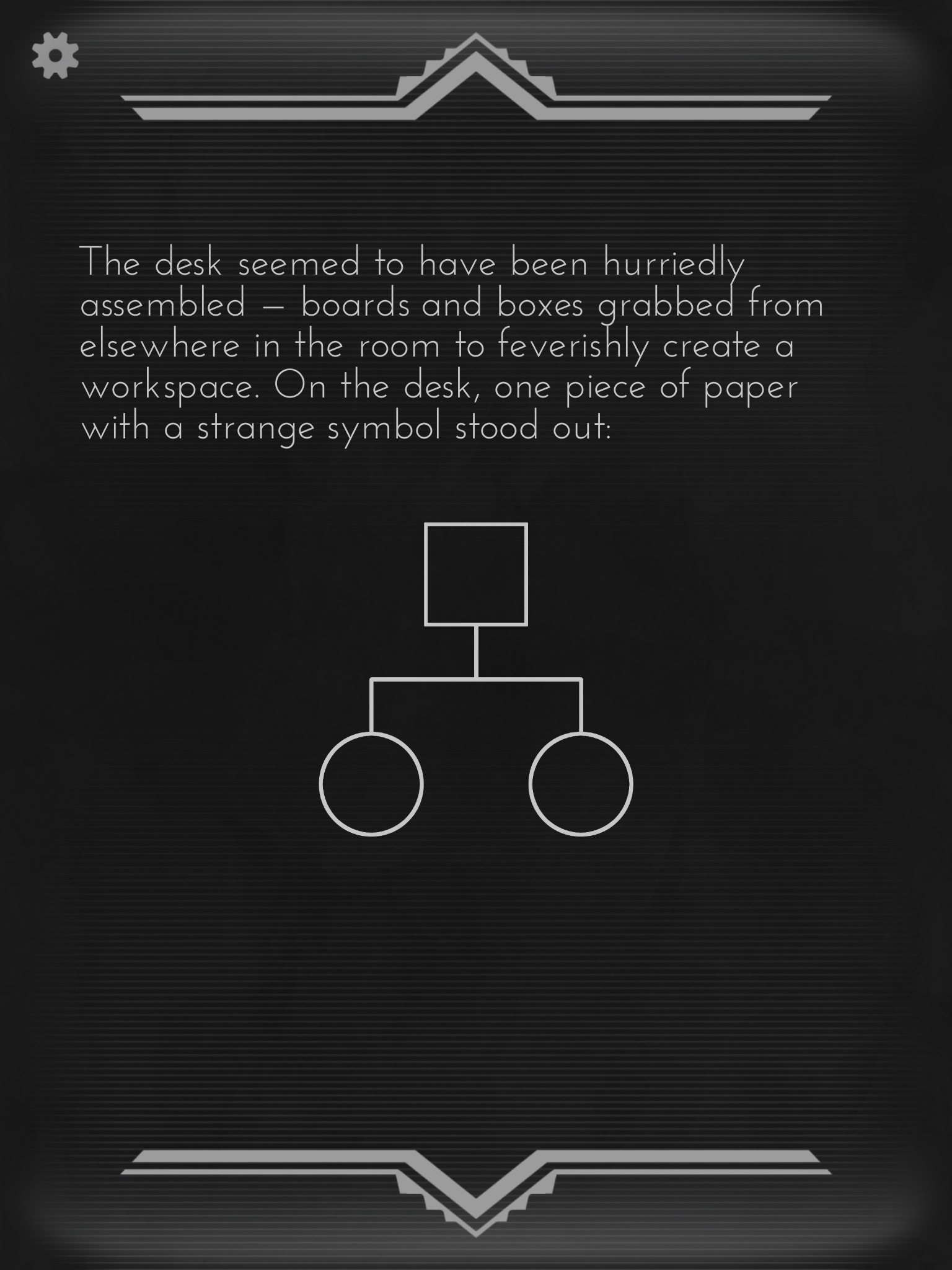 A subscription-based model is fairly unusual for games on iOS, but the price has been set pretty low for those adventurous enough to give it a shot. One month costs $0.99, three months cost $1.99, and six months will set you back $2.99. The game is set to auto-renew your subscription by default, so you’ll want to go into your settings and adjust that if you only want to try it out for a set period of time. It’s kind of weird to have a game where you’re guaranteed to get the least bang for your buck the earlier you buy into it, but even if you only jump in for a month, the price to content ratio is good relative to other similar games on iOS.

It’s still too early to make a hard judgement call on Choices: And The Sun Went Out. What’s here is promising and certainly worth checking out if you’re into interactive fiction, but a lot of the story, systems, and scope of the game will only become apparent in a month or two when it’s had a chance to spread its wings a bit. I’m interested to see how Moti’s learning will affect the game and the true extent of the decision tree in particular, along with how well a serial format will work with this genre. As I’ve mentioned, I’ll be revisiting this again in the future, but for now, I’d give it a decent recommendation, albeit as much based on its novelty and the developer’s track record as on the actual content of the game as it stands.