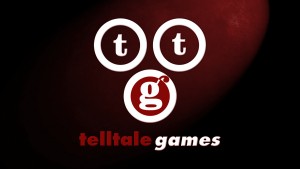 Well, paint me surprised. We’ve known for a bit that Telltale has decided to apply its storytelling techniques on superheroes stories, since it has partnered with Marvel. However, I didn’t expect Telltale to also go the DC Comics way and throw a Bat-sized bomb on us, but that’s exactly what the company did. According to the brief announcement and teaser trailer, Telltale will explore what it means to be Batman in a series starting in 2016. You’ll be able to dive deeper into the complex human that is Bruce Wayne, exploring the duality of his identity and his struggle to save his corrupted city.

While Batman isn’t my personal favorite, I do appreciate the complexity of the character’s life, and I think it should translate perfectly into a Telltale game. I wonder what art style the developers will pick; we’ve seen Telltale ‘imitate’ the art style of various IPs (Minecraft, Borderlands, The Wolf Among Us), but with Batman the company has numerous visual styles to go with. Personally, I like the trailer’s black-and-white palette, but we’ll see. Would you rather they go with a different visual style?

This wasn’t the only Telltale news yesterday. We also got more details on and a trailer for The Walking Dead: Michonne. Instead of it being a DLC, TWDM will be a stand-alone three-episode series starting this February. Apparently, during the game’s development Telltale realized they wanted to say more about this character, so they decided to give Michonne more time and space to chop off heads. The lead character will be played by award-winning Samira Wiley (Orange is the New Black), and the story explores Michonne’s journey during the time between issues #126 and #139. Michonne is one of the most fascinating characters in the show/comics, so I’m glad we’ll get to play as her. So, excited for Telltale’s future plans?