Earlier this week, the United States Copyright Office released its latest round of exemptions to the Digital Millennium Copyright Act. While a lot of them were renewals, such as the iPhone jailbreaking exemption were renewed, there were a few new exemptions that were added to the mix that specifically deal with how owners of certain video games can interact with and circumvent copy protection software. However, before we get to the explicit exemptions that have been added, it’s probably a good idea to provide a brief background on the act itself and why these exemptions are required.

DMCA at a Glance 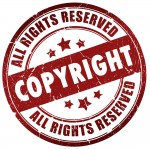 The Digital Millennium Copyright Act (DMCA) was signed into law back in October of 1998 and made some substantial revisions to the United States Copyright code. One of the biggest changes involved the general exemption from liability for internet service providers and certain other intermediaries. Known as Title II of the Act, this portion of the law created what is now known as “safe harbor” and protects ISPs from being sued by contact owners as long as they comply with certain provisions, including the removal of unauthorized copyright items (most of us known this as a DMCA Takedown Notice). Safe Harbor was a pretty significant change in its time and while some will argue that in the end it really only benefits big ISP corporations, it’s actually been interpreted to provide protection to a lot of different internet entities.

In addition to safe harbor, the DMCA is known for another significant change that can be found in Title I of the Act. Known as its anti-circumvention provisions, this portion of the DMCA implemented several treatises that were signed by the US and basically implemented laws banning the circumvention of digital rights management (DRM) technologies used by copyright owners to protect their works. This covers everything from the DRM behind DVDs and Blu-Rays that prevent certain forms of copying to software used by developers to protect piracy. In essence, unless you were circumventing DRM for very specific reasons that were spelled out in the DMCA, you were in violation of the law and could be held criminally liable. Built-in exemptions include government research and limited reverse engineering applications, but for the most part “day-to-day” circumventions are not covered by the letter of the law. Instead, the responsibility is given to the Copyright Office to provide added exemptions. 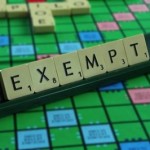 The DMCA explicitly states that the Librarian of Congress can issue exemptions to the prohibition against circumventing DRM if it can be shown that said DRM has “adversely affected… the ability to make nob-infringing uses” of copyrighted works. In other words, if individuals can prove to the Librarian that the anti-circumvention laws are significantly impacting otherwise legal uses of copyrighted materials, then an exemption can be granted to allow anyone to circumvent DRM for the explicit actions that obtained the exemption applies to.

The exemption process itself occurs every three years. Individuals can appeal to the Librarian for an explicit exemption, provide their background and rationale as to why the exemption is necessary and can provide evidence or other entities that can back up the exemption request. In addition, representatives for copyright owners can also provide retorts as to why the requested exemption is not necessary or what the ramifications would be for the copyright owners if the exemption was granted. The Librarian of Congress takes in all the information and announces the exemptions granted at a later date. As a former legal student that actually worked on a DMCA exemption request during my time in law school, it’s a very interesting and pretty formal process that requires a lot of preparation in terms of understanding copyright law, clearly articulating the exemption requested and being able to make a sufficient causal link between the anti-circumvention laws and the adverse affects that are impacting the requestor’s situation.

So now that we’ve provided a brief history of the DMCA as well as the exemption process itself, why is the Librarian of Congress’s latest announcement important for gamers? Well, one of the exemptions granted this week speaks directly to a gamer’s ability to play games that had online-based authentication servers that have been shut down by the owner, effectively killing the player’s access to the game.

Specifically, “Proposed Class 23” (legal documents love classifying things in arcane terms) requested that the Librarian create an exemption that would allow gamers to circumvent the copy protection for video games that required server authentication to play any portion of the game in a situation where the developer has shut down the server, thus ending the ability for the game to authenticate and therefore removing any chance for a rightful owner of a game to play it. The second exemption sought an exemption for the purpose of archiving and preserving video games that may have been killed due to similar authentication schemes.

After reviewing the requestor’s brief (which was submitted with assistance from the Electronic Frontier Foundation as well as the supporting evidence from other entities and the rebuttals from the copyright owners, the Librarian of Congress granted the exemption stated above with a few exceptions to the exemption. First, the exemption for actually playing the games only applies if the authentication in question directly impacts the single-player portions of a game (meaning that circumvention doesn’t apply to multiplayer portions or MMOs). The exemption also doesn’t apply to circumventing any console DRM software that may be required to play said games, which leads me to believe that this exemption applies primarily to PC Software (as well as console games that can be modified without needing to modify the system itself to play).

Regarding the second exemption for preservation, the Librarian of Congress put forth a similar exemption that allows publicly-accessible museums, libraries and archives to circumvent DRM on games where the single player components have been disabled because an authentication server has been taken offline (also similarly, the exemption doesn’t apply to multiplayer aspects). However, the Librarian stated that the chances of piracy are much slimmer in this situation, so an exemption was also provided for game consoles in order to keep games in working condition.

So now that this exemption has been granted, what exactly does it mean? Well, to take it directly from the exemption granted, individuals can now engaged in the “copying and modification of the computer program to restore access to the game” both for gamers that lawfully own copies of the game in question as well as libraries, museums, and archives for the purpose of preserving the game. As we enter an age where nearly every game connects to an authentication sever and where more and more developers feel entitled to shut down access to said servers after a year or two of activation, this is a huge legal tool for gamers that simply want to keep playing games that have been lawfully purchased. Sure, from a practical standpoint, such modifications have probably been taking place on the down-low and to be honest I’m not aware of a lot of games that effectively shut down even the single-player portions of their game if they can’t phone home, but obviously such games exist or else people wouldn’t bother with this request. In addition, with this exemption now in place, hopefully there will be a greater interest in providing tools that will allow gamers to continue playing games that may have been disabled in this scenario.

If you’re interested in learning more about the DMCA exemption themselves, or even about the DMCA in general, I first suggest checking out the Exemption Final Rule itself. You can also check out the Electronic Frontier Foundation’s own press release on the final rule, as well as its own pages on DRM in general.