This may come as a shock, but there’s a ton of characters that Marvel owns. So, Marvel games can add new characters with regularity, and two Marvel games have just added new characters in both Marvel Future Fight (Free) and Marvel Puzzle Quest (Free). Netmarble’s action-RPG, Marvel Future Fight, has just added several new characters from the Agents of SHIELD TV show, with Skye/Daisy Johnson, Deathlok, and of course, Phil Coulson, added to the game. Peter David co-wrote two new chapters for the game’s storyline, comprising 16 stages. Plus, you can now fight in the HYDRA Artcic Base. New monsters, uniforms, PvE mode, level caps, and a limited-time comic book cover set are also added in this big new update. 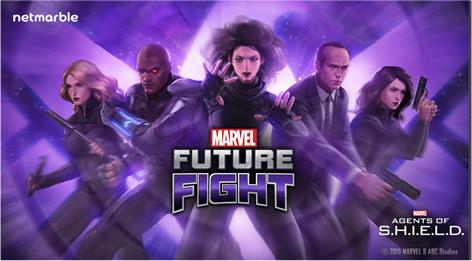 Marvel Puzzle Quest just got a TV ad and an Iso-8 sale a couple of days ago, but the game content keeps pouring on in. Amadeus Cho, also known as the Totally Awesome Hulk, is coming to the match-3 RPG later this year ahead of the launch of the new comic series starring the Korean-American teenage Hulk. You can’t have too many Hulks, I say.