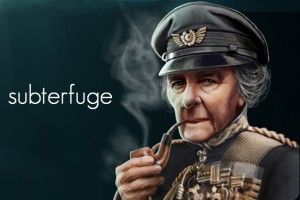 Back in May, I wrote a preview about the strategy/diplomacy game Subterfuge, a very entertaining week-long strategy game that’s all about either stabbing people in the back or allying with them (or doing both, of course). Briefly, this multiplayer game is all about capturing bases, building drillers, and taking over other players’ bases with the ultimate goal of being the last one standing. After more than three years in development, Subterfuge will finally attack the App Store and Google Play Store October 15th. The game will be free to download but won’t be F2P; instead, a one-time $9.99 IAP will unlock the full game that will allow you to play multiple games simultaneously, create private games, keep private notes on other players, and play in rated games.

Recently, the game’s developers revealed Subterfuge’s latest feature made possible by iOS 9. In their attempt to find a way for players to share their experiences with the game, they’ve decided to use ReplayKit so players can share either whole games or fun moments on Youtube, Facebook, etc. Apparently it was extremely easy to implement this, which is good news for developers. Sometime between now and launch, Subterfuge will go into a short open beta to let everyone play the full game before release. Consider this a demo of sorts, which is actually a cool idea. If you want to be notified of the open beta, go here. Otherwise, you’ll be able to betray your friends on October 15th. And by the way, the game has an awesome trailer!