A couple weeks ago I got a chance to spend some time with the Game Insight team, and my main takeaway was this isn’t your typical free to play outfit. Particularly with core gamers, free to play developers have been demonized as the ruthless creators of money-sucking Skinner boxes. It’s a often justifiable argument, as the App Store is loaded with abusive free to play models centralized around allowing the player to infinitely spend, often with no idea what they’re even going to get for their money, with the recent popularity of gacha mechanics. Worse yet, you’d be hard pressed to find a veteran iOS gamer who dabbles in free to play that hasn’t felt the sting of what it’s like when a free to play game you’re invested in abruptly gets shut down.

Game Insight has figured out that you really can’t be a sustainable free to play outfit if you don’t treat your players right. The two main ways they seem to be doing this flies in the face of what a lot of the big free to play games that people like to get angry about do. Game Insight focuses on putting their players, and fun in their games first. Their games are intentionally balanced to be fun, without needing to pay- A method that seems to work oddly well for free to play games that gamers love like Hearthstone, Vainglory, etc. Additionally, they don’t shut down any of their games when newer, more popular titles get released. As I write this, I realize how totally weird it is that the current state of mobile gaming makes this kind of thing newsworthy. But, anyway, that’s Game Insight. 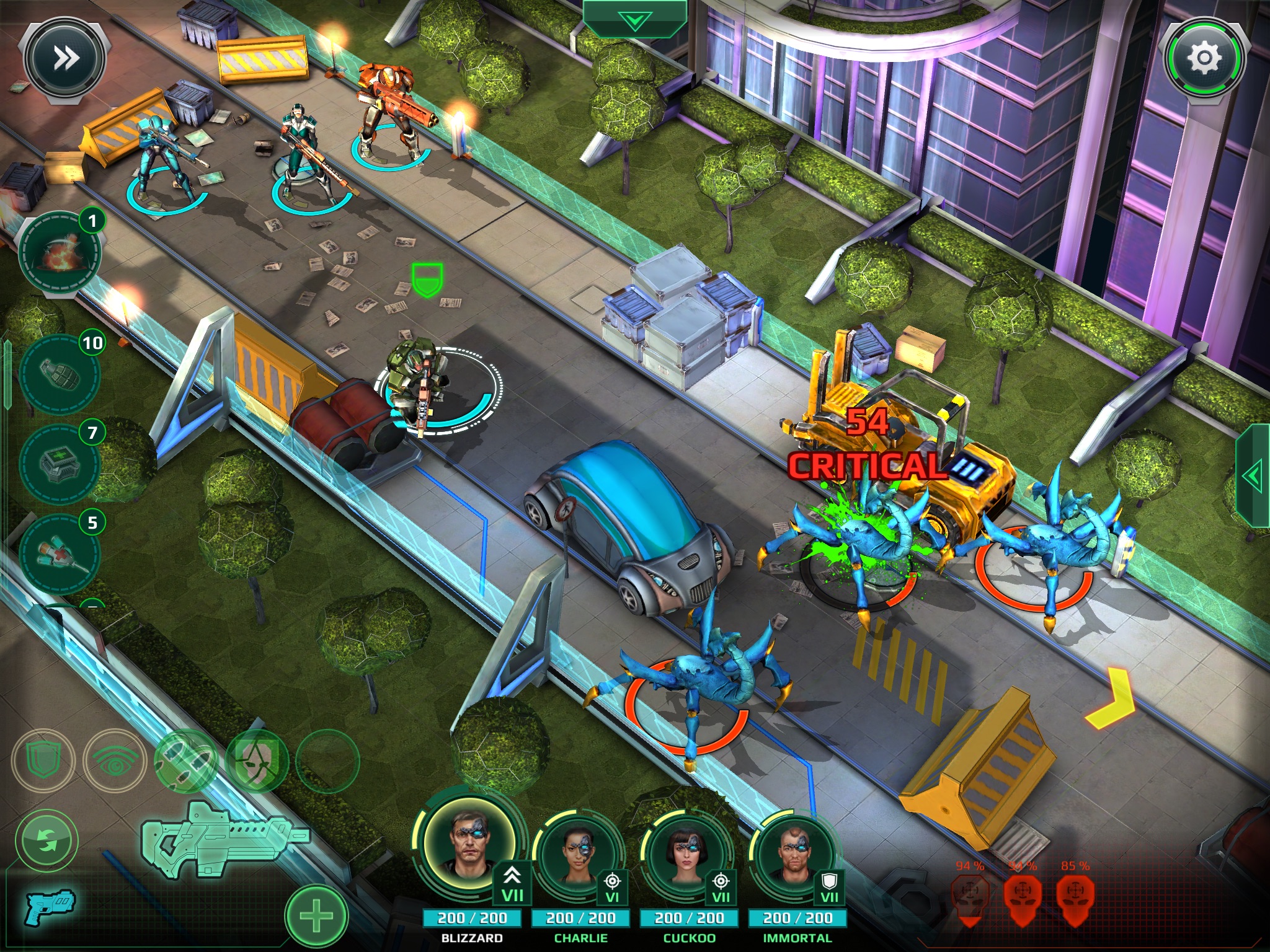 They’ve got two titles coming that I was able to score some hands-on time with, and while one of them likely will resonate far more with our community than the other, they’re both neat games. The first is X-Mercs, and the easiest way to describe the game is free to play XCOM. Now, don’t go flipping any tables yet, because X-Mercs is totally capable of standing on its own. It just makes sense to throw that out there, as when you describe a turn based strategy game set in a sci-fi universe where you’re fighting alien-ish monsters with heavily armored Space Marine-looking dudes, the inevitable response is, “Oh, so, like XCOM?" 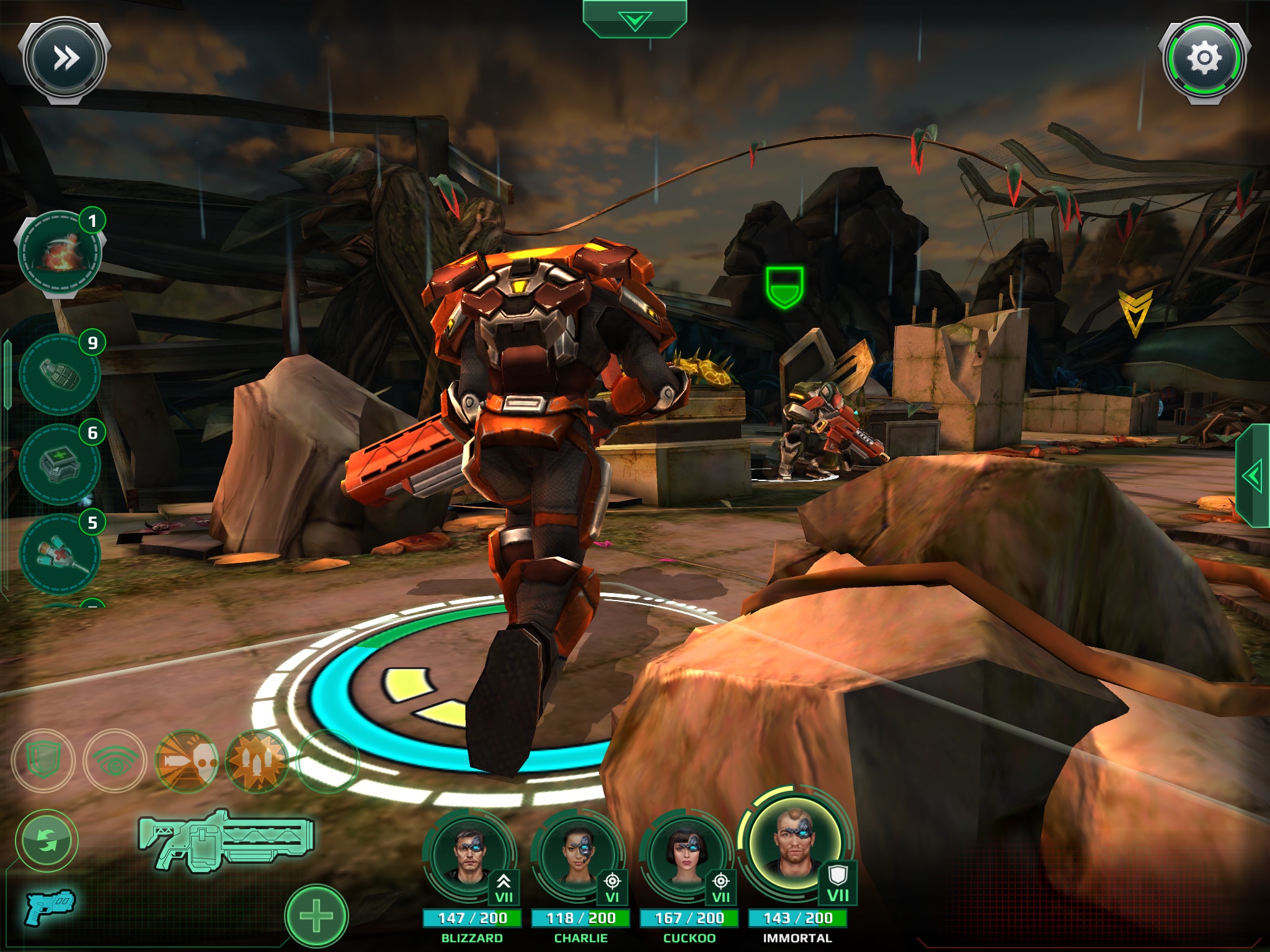 And you know what, even if all X-Mercs was is a free to play XCOM, is that a bad thing? The App Store is oddly devoid of many great turn based strategy titles, with Pocket God vs Desert Ashes being the latest entry in a typically very hardcore niche corner of iOS games. Potential identity crisis aside, the gameplay of X-Mercs is super solid. While fighting the alien menace, players will rotate in all sorts of different party members, level them up, customize their load outs, and more. The story mode rotates in additional characters, who seem significantly more bad ass than your own guys, but serve as the ever-present carrot on a stick to keep you upgrading. 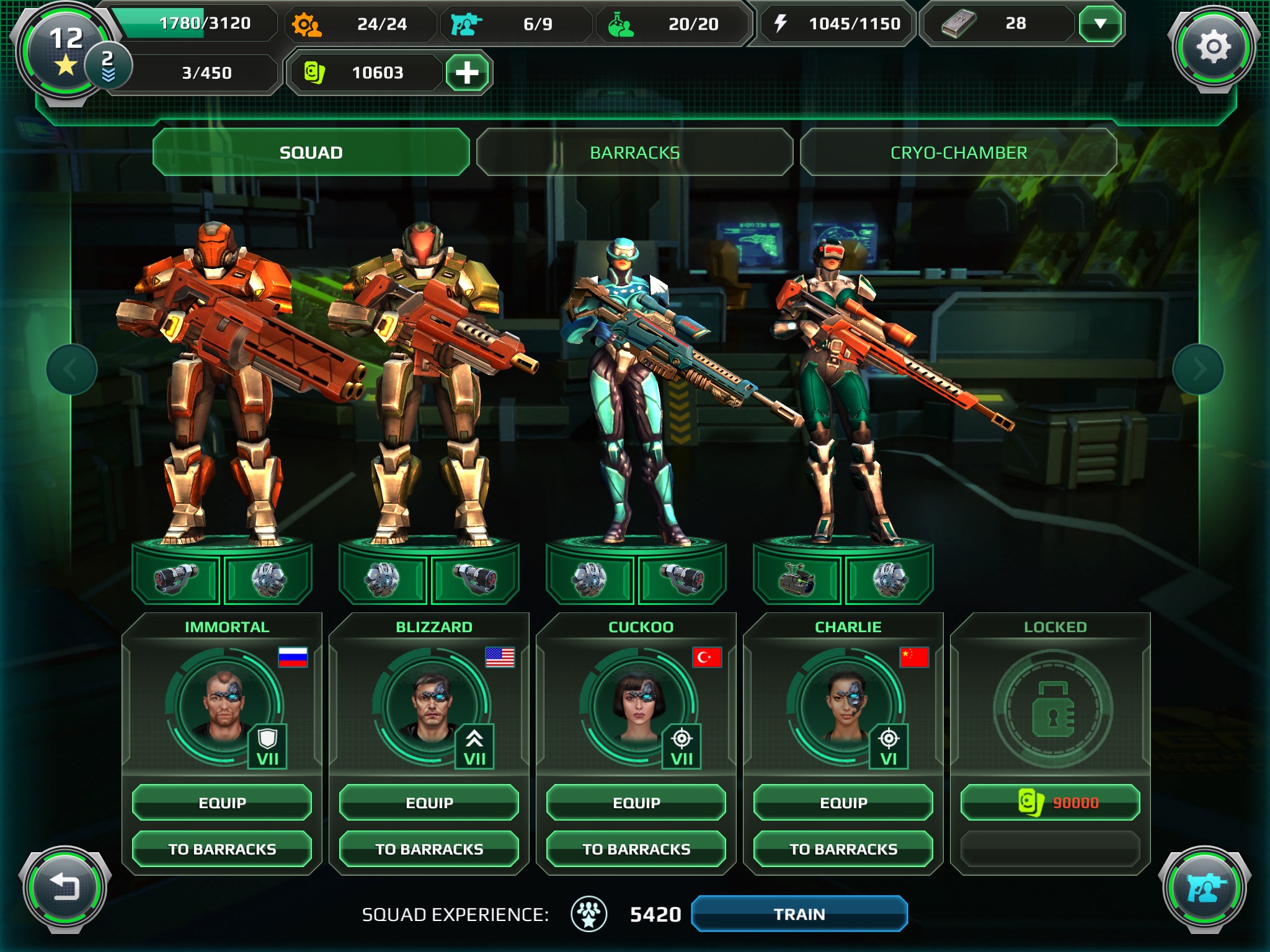 Single player in the game is cool and all, but where X-Mercs takes the torch and just goes rocketing ahead of the competition is in its totally unexpected but beyond awesome online co-op mode. I’m a strong believer in the fact that any game is better when you can play with a friend, and in X-Mercs you can do just that in some brutally difficult co-op levels. X-Mercs is still in development, and has been coming “soon" for an eternity now, but the version I played felt really complete, looked awesome, and is something I can’t wait to download. 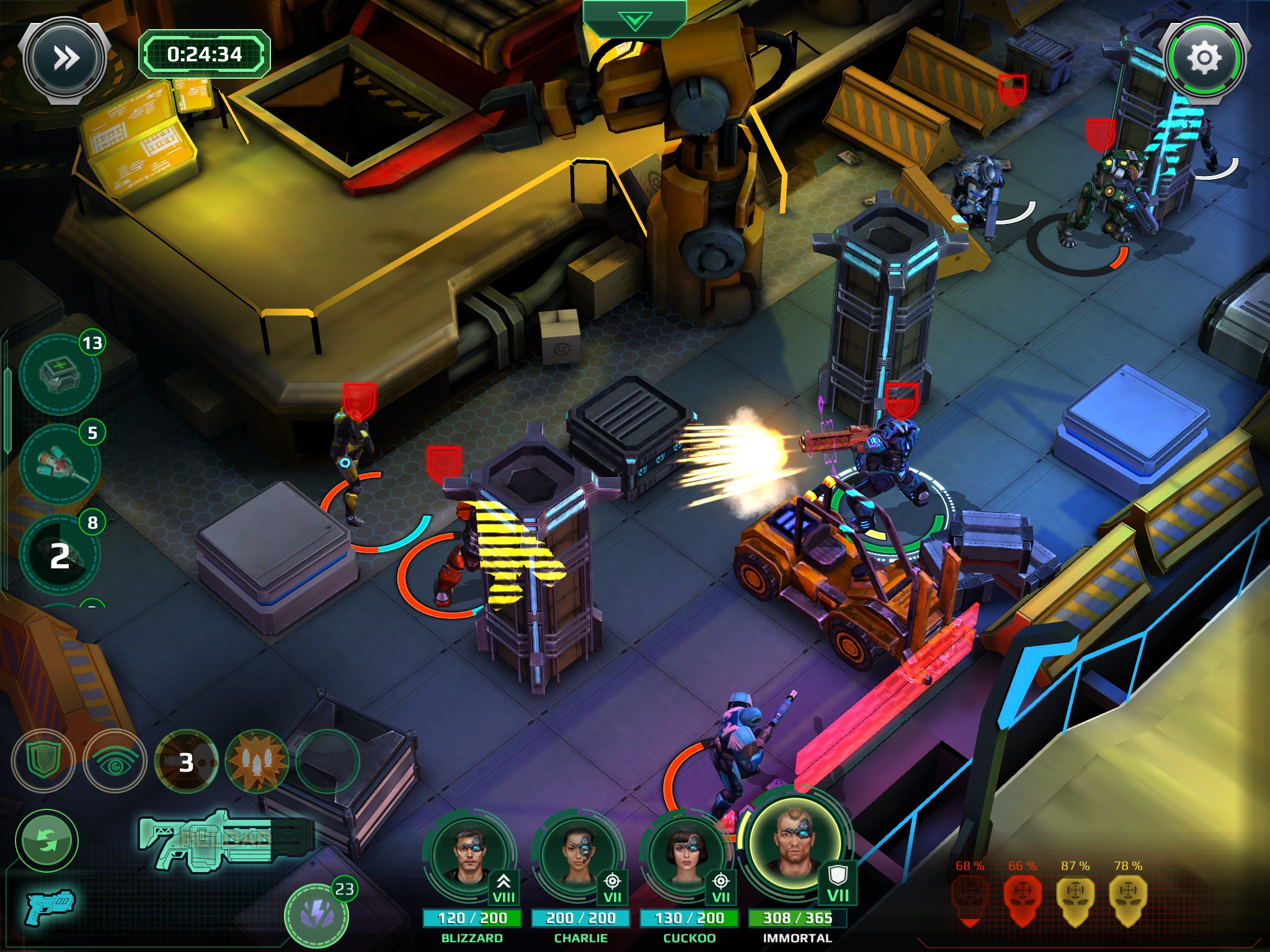 If turn based strategy is a bit too hardcore for you, you might be into Game Insight’s other upcoming title, My Country 3D. City builders have been around forever, and are practically a free to play staple. The non-3D My Country (Free) has been on the App Store for years now, and as veterans of the city builder genre, Game Insight is taking everything players liked about My Country and turning it up to 11. You’re still managing and building a (potentially massive) city, but this time around you’re able to zoom all the way in and deal with the affairs of the residents of your city as well. The brief tutorial of the game I was able to play went pretty far in showing the level of depth that is required to stand apart as a city builder in 2015. 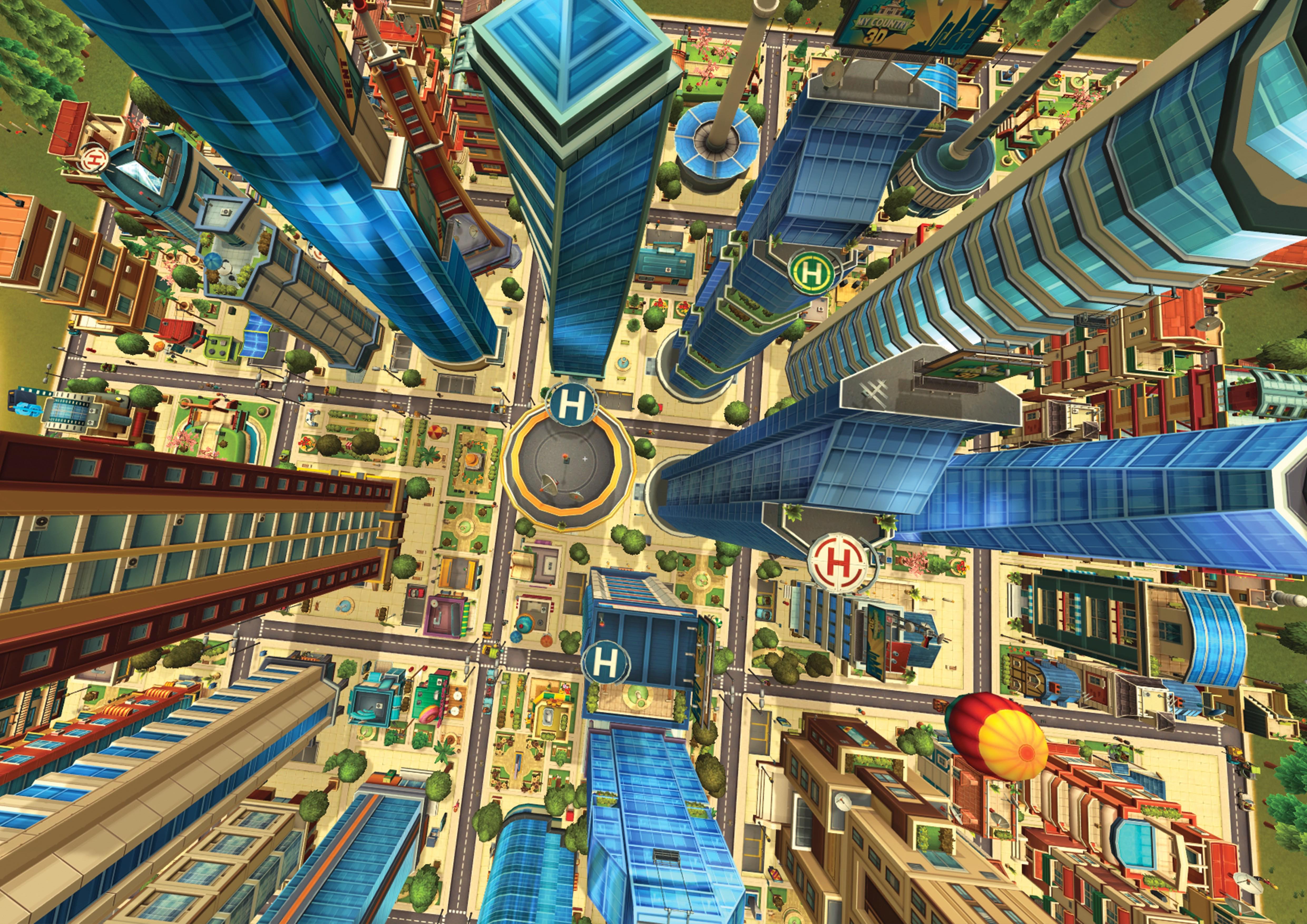 One of the first things the game asks you to do is build a taxi station. Simple enough, right? But it then goes several levels deeper, both in overall customization of that taxi station as well as tasks you’ll actually need to do for the taxi drivers themselves before they’re ferrying residents of your town around. It’s interesting how they blend the macro levels of building the city with the micro levels of helping out townsfolks. Zoomed out, it’s like you’re playing something closer to Sim City, zoomed in, it’s closer to something like The Sims or Animal Crossing. 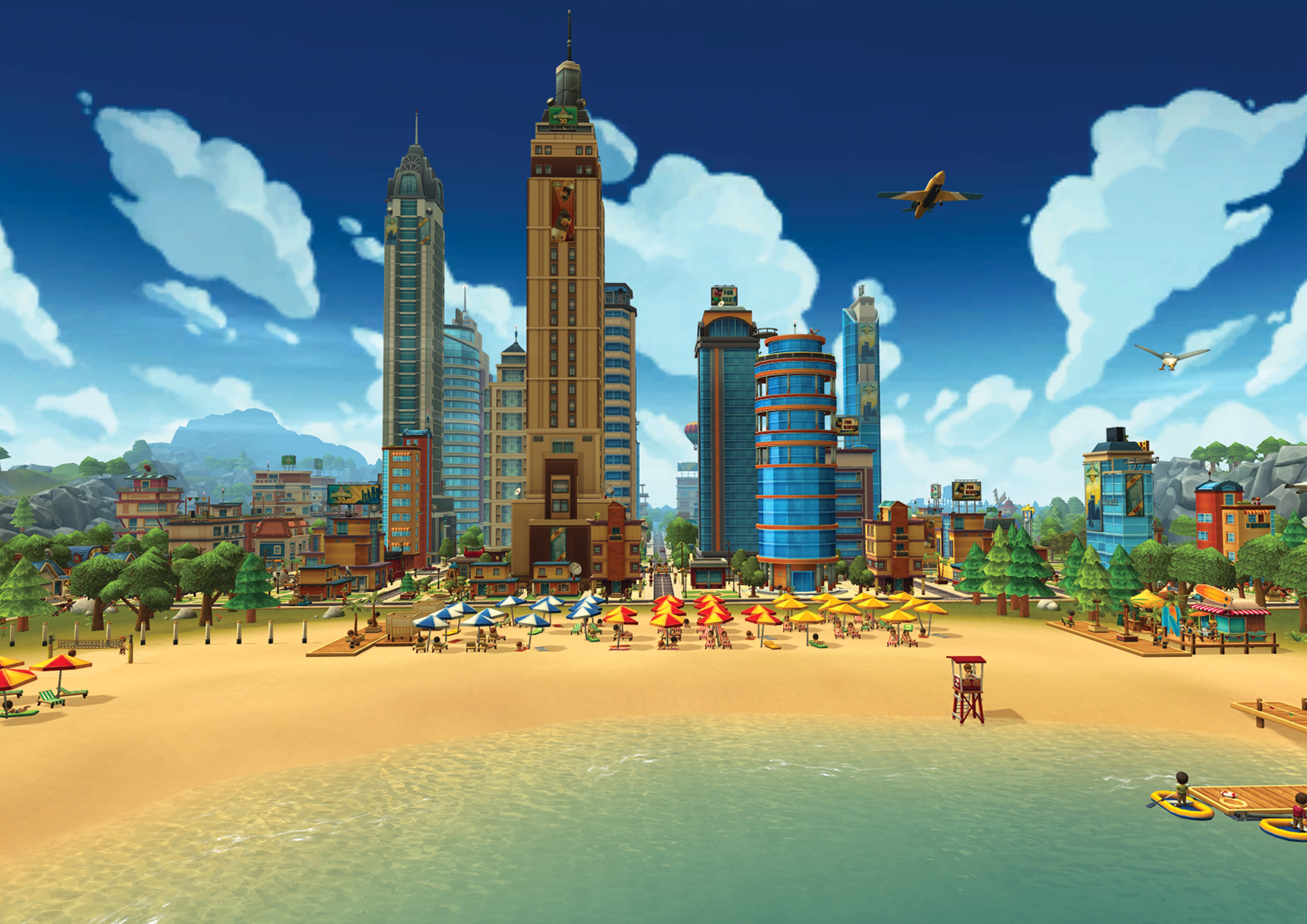 Unlike X-Mercs, the time I spent with My Country 3D felt very guided, as is the nature with most of these kind of free to play games. It’s still in development, but I’m really hoping for some more in-depth gameplay that feels more like management and less like running errands, but we’ll see. If nothing else, the game will be worth checking out just to see how you can zoom out and see your entire city and then using familiar pinching gestures zoom all the way in to a guy sitting on a park bench. 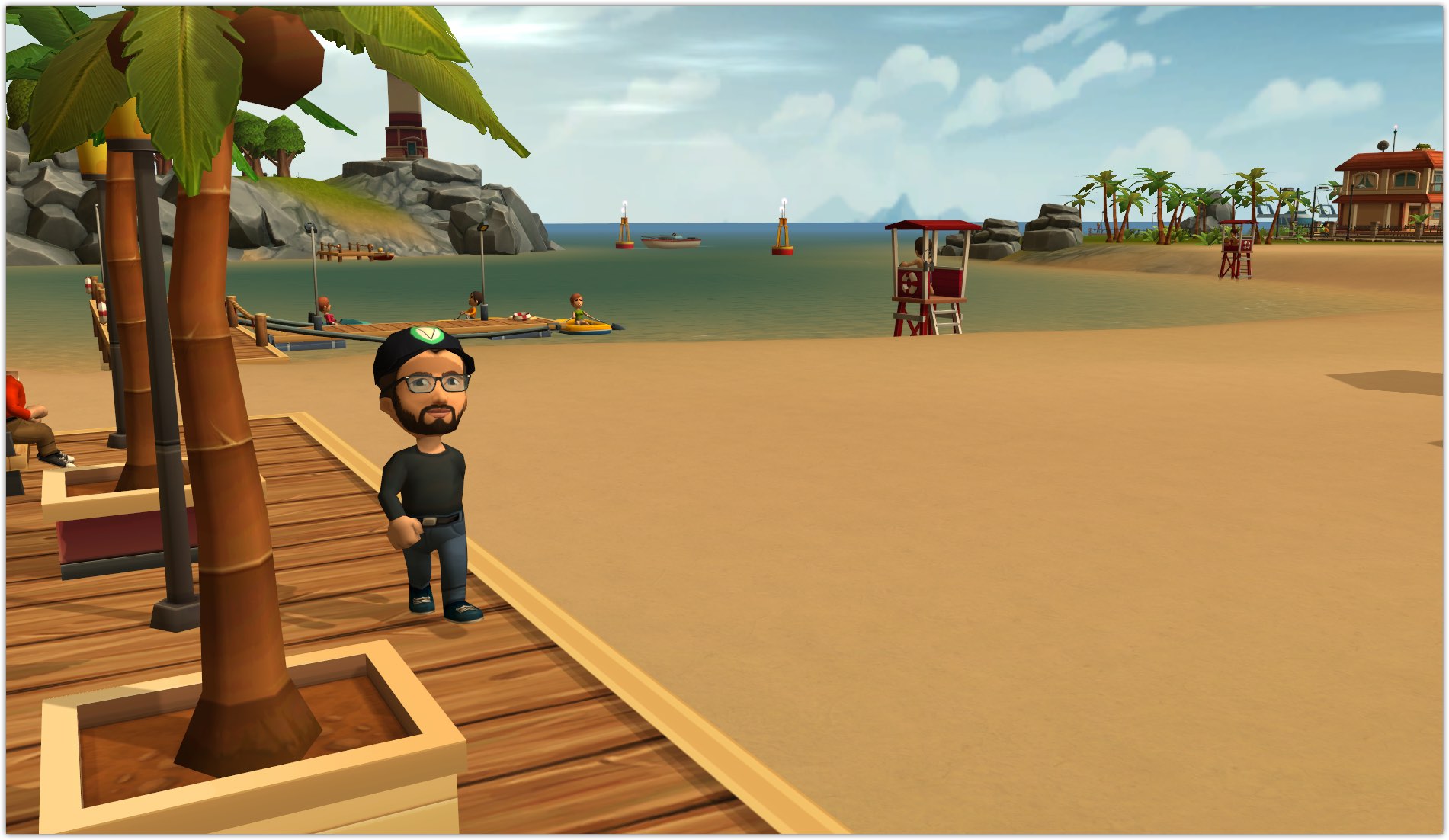 Anyway, keep an eye out for these two games. Game Insight has an odd definition of “coming soon," but I’m excited to play both of these soon… Whenever that “soon" ends up being.