It’s that wonderful time of the year in Japan where the heat starts to subside a little, the kids are trying to finish two months of homework in two days, and game companies start to reveal their line-up for the annual Tokyo Game Show. Held at Makuhari Messe in Chiba prefecture each September, the show has made a huge recovery after a pretty depressing five years or so. A lot of that is on the back of mobile gaming, the market which now dominates the Japanese games industry. Naturally, as one of Japan’s gaming giants, Square Enix will be there, and they’ve announced quite an assortment of games for their booth this year. 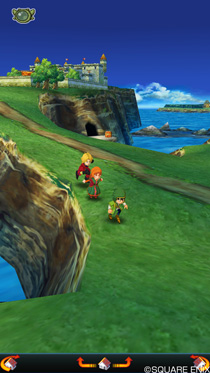 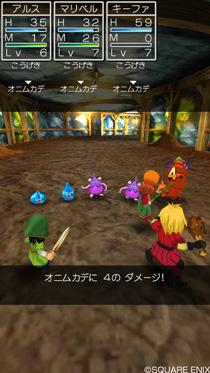 Square Enix makes games for just about every part of the market these days, so rather than give you the full list, I’m just going to tell you which of their mobile games will be on the floor this year. The highlight as far as I’m concerned is Dragon Quest 7, the last of the announced Dragon Quest ports. Square’s website offers up a few pictures and confirms a few bits of information. First, like the other Dragon Quest ports, the game is played in portrait mode. Second, it’s a port of the 3DS remake rather than the PlayStation original. The developer listed is ArtePiazza, who handled the Nintendo DS remakes, so we probably don’t need to worry about the issues that cropped up in TOSE’s port of Dragon Quest 8. The rest of the line-up offers few surprises.

Just like last year, yours truly will be on the show floor scoping things out for you all. This year, the show takes place from September 17th to the 20th, so check back around that time to get all the latest from Square Enix and Japan. Now, the real question: will we see this version of Dragon Quest 7 in English?