Way back in 2011, developer Almost Human were hard at work on their old-school inspired first-person dungeon crawler Legend of Grimrock ($4.99). They planned on bringing it to PC first, but an iPad version was also in consideration. Well, the PC version launched in 2012 to critical acclaim, and a sequel was even released in the fall of last year. Yet, there was still no iPad version in sight. In May of this year, the iPad finally did receive the original Legend of Grimrock, and it was totally worth the wait. Now only one problem remained: iPhone owners were left in the cold! Well no more, as Legend of Grimrock has been updated with Universal iPhone support. 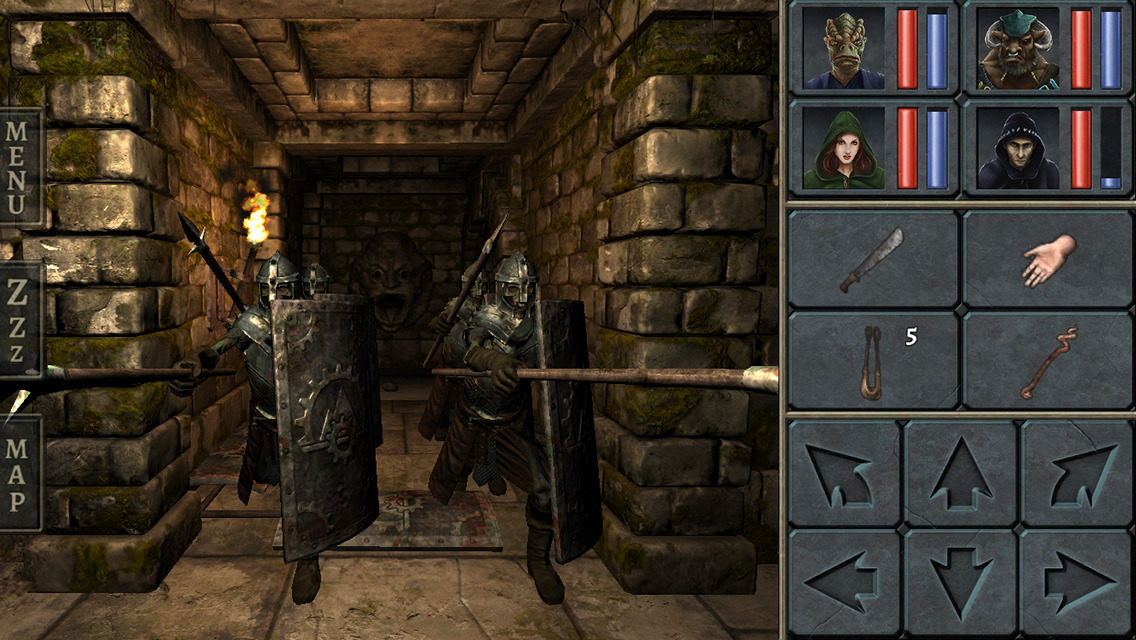 Originally, Almost Human wasn’t going to bring Legend of Grimrock to the iPhone at all, and it’s easy to see why. Even the iPad version has tons of buttons and UI elements to contend with, so shrinking that all down in a way that makes sense for iPhone-size screens would be a tough task. They seemed to have nailed it though, as Legend of Grimrock plays just fine on my iPhone 6. So if you’ve been hankering for some dungeon crawling but weren’t equipped with an iPad, check out the new Universal version of Legend of Grimrock.