This puzzle/adventure game from Bandai Namco is far from innovative but attaching average game play to a beloved franchise is a sure way to climb the charts. In Dragon Ball Z: Dokkan Battle (Free), you play as an unnamed fighter working to avert the disaster of an “expanding dimensional distortion." Trunks and King Kai direct you on your quest, forwarding the plot and offering battle advice. The story gets a bit convoluted from there, especially when trying to explain why the Z-Fighters are battling each other.

The battle style is a combination of a board game and a slight variation on color-matching games. Randomized rolls will propel the player’s team, assembled by “unlocking" fighter with in-game items or in-app purchases, across the board. This is where the player will encounter other fighters, collectable items, traps, and boss battles. 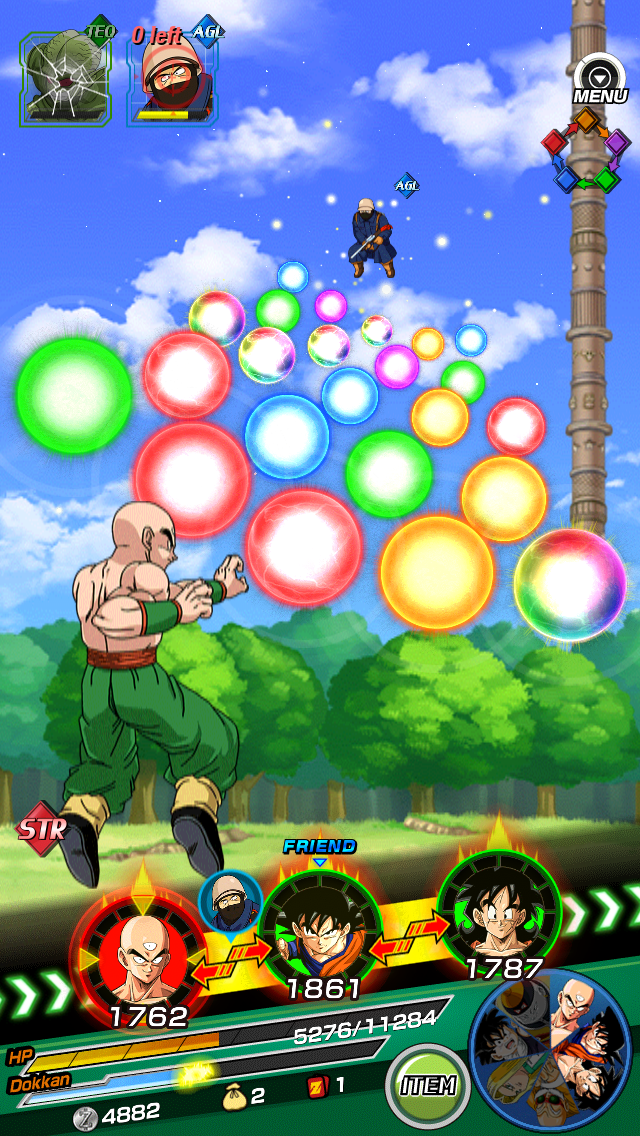 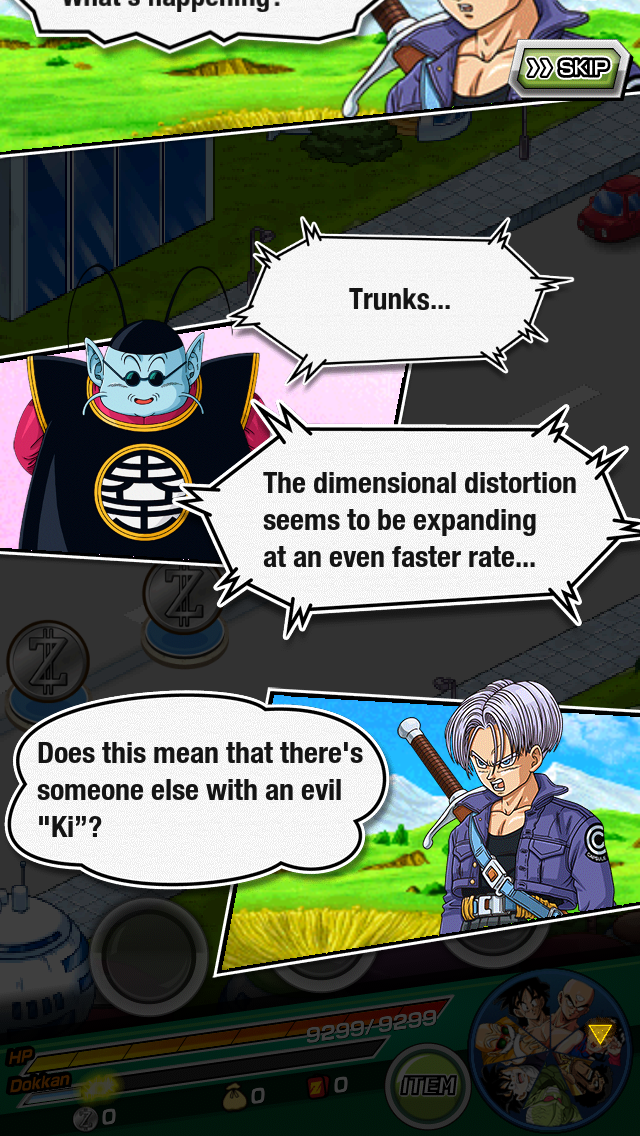 There isn’t much substance to the board game, to be honest, but the levels are relatively short and don’t take much time to cross. At the end of each board is a final boss battle featuring one of many favorite characters of the Dragon Ball Z universe. Once you’ve completed a stage you have the choice of redoing it on Hard mode and then Z-Hard, which opens some alternate paths but is mainly just more of the same.

The battle sequences involve randomized alignments of multicolored “Ki" balls that can be matched to do damage to your opponent. A lot of it is chance but some strategy can be used by paying attention to “types" and their strengths and weaknesses. For example, red/STR is strong against yellow/PHY but is weak to blue/AGL. Changing the order of your fighters, dealt with three at a time at the bottom of the screen, can also help to guard against attacks and/or instigate special combo moves. You can also (try to) match the type of the character with there associated type of Ki for minor healing and special abilities. Mainly, though, you are at the whim of what colors of Ki the game gives you and how they are aligned on-screen.

Like its namesake, the game’s action sequences are fast-paced and exciting. Also like its namesake, there are lots of slow parts that upset the pacing of the story. For example, every time you summon a new character you will have to watch an often-slow-loading animation at Goku firing a Kamehameha at a planet for some reason. It’s small things like this that really slow the pace of the game down. Also, I wish there was a little bit more control involved with a) crossing the board (remember that “dice" rolls are randomized) and b) setting up your colored Ki matches. As it stands, sometimes all you can do is equip a few healing items and hope for the best.

The game will provide long-time DBZ fans with tepid amusement and loads of fun nostalgic moments. It’s a very average game that hides it’s lack of innovative content behind colorful characters from a much-beloved manga and TV series. Dragon Ball Z: Dokkan Battle is worth a try for fans of the franchise but is powered by fond childhood memories more so than solid content.