deltaDNA, a game analytics firm which provides products that bring together many ad network SDKs for developers, has just introduced an ad platform called SmartAds, that has an interesting hook for developers and players. Basically, it’s designed to segment players in to those responsive to in-app purchases and those responsive to ads. Realize that only a small fraction of players spend money in games to begin with, the numbers varying but generally that the whales dominate things. 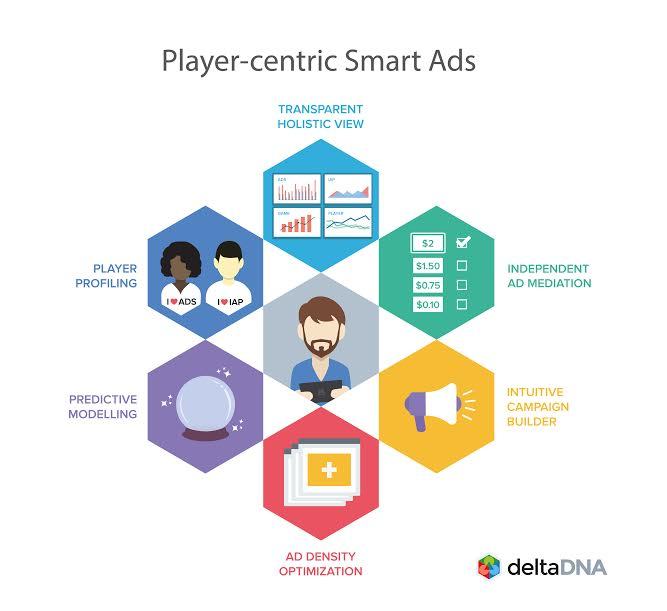 As such, it seems like this is a way to address the “problem" of where there are certain players who will play games for free but won’t spend money, and deltaDNA is claiming that they can hlep make money off of these folks by showing them more and relevant ads, meanwhile people who do spend money can get, for example, house ads that show them purchases that they’d be interested in, instead of external ads. Those external ads might be great for getting installs on advertised games, which are lucrative to developers who serve the ads, but why possibly chase away players who are spending money, when you can use your in-game ads in more intelligent ways? It’s about possibly providing the most ideal experience for users.

deltaDNA is claiming that they’re seeing a 300% increase in revenue for games that use their SmartAds, and while there’s obviously a “let’s see just how well this works" concept, something that could help developers manage the ads intelligently in their games and make more money sounds like an interesting enough proposition.