If you’ve enjoyed playing Brothers in Arms 3: Sons of War (Free), the third-person, cover-based WWII game, you now have another reason to play it: a multiplayer mode! The just-released update adds 2 new game modes and 4 maps. The first mode, Free For All, marks a member of each team as a high-value target  who’s worth more points when killed. If the marked player’s killed, another player of the team is marked, and so on. First team to reach a certain number of points or has more points than the other team when the time’s up wins. The second mode is the most famous of all multiplayer modes, Team Deathmatch. Two teams of four players each meet on the battlefield and try to kill each other. However, Team Deathmatch in Brothers in Arms 3 has an extra wrinkle: each team has a leader (the leadership rotates throughout the match) who’s worth more points when killed but is also awarded more points when he kills someone. 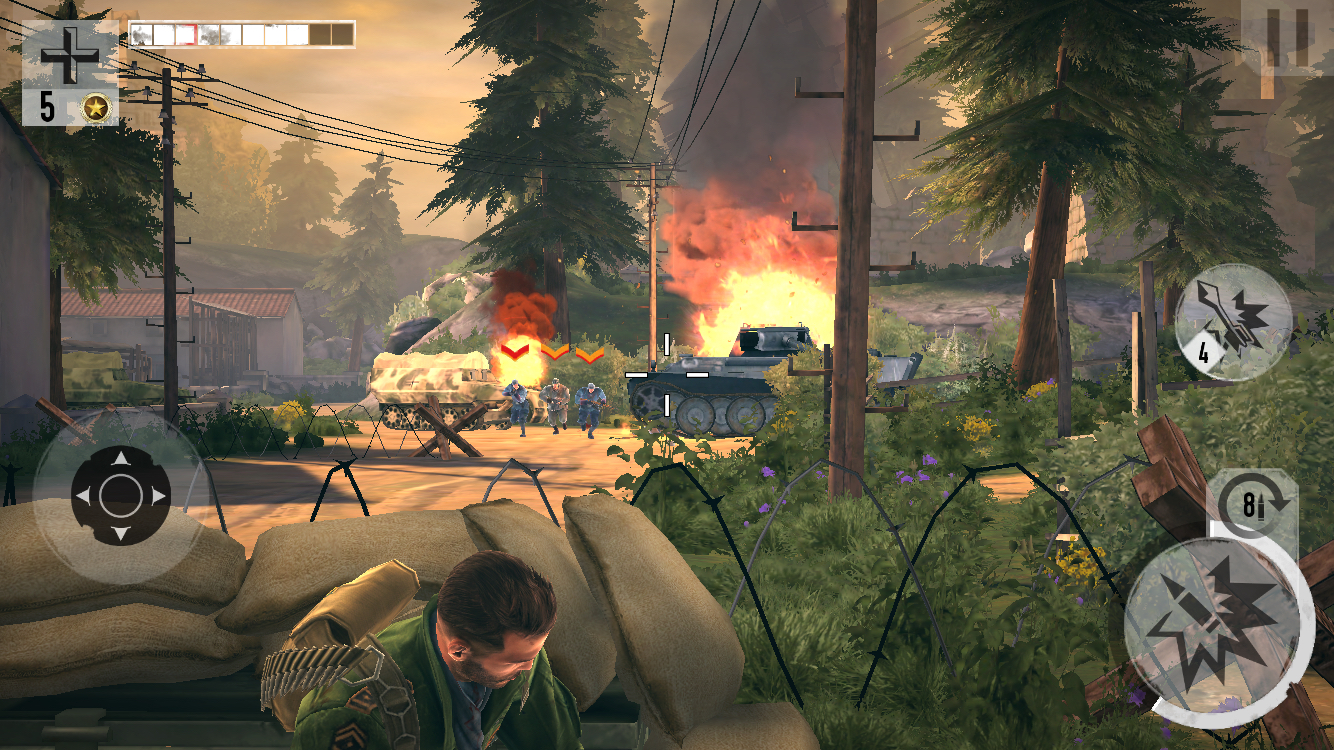 As for the 4 multiplayer maps, some are smaller to facilitate a more frantic combat pace while some are larger to encourage strategic thinking. The maps are called Claustrophobia, Aftermath, Last Resort, and Desert Storm (not the most original names), and are based on locations from the Single Player campaign. The multiplayer mode uses the same weapons as the Single Player one, but in order to use one of your weapons in multiplayer, you have to first fully upgrade it and then use a new multiplayer currency (Valour Points) to upgrade it for multiplayer use. The game will offer one multiplayer-ready weapon for free to let players jump into multiplayer games the moment they download the update. The matchmaking system is build around each player’s skill/experience level (represented by their ranking). Finally, players can buy time-limited items, activated before a match, to use in the multiplayer modes. I hope this doesn’t mean that Pay to Play will be rampant (especially since in our review we found some monetization decisions problematic)  because nothing can spoil a multiplayer mode faster than a sense that those who pay can kill those who don’t.