Dinofour ($0.99) is a charming retro-inspired puzzle platformer where the goal is to guide four dinosaurs to their egg at the end of the level. Each of the four dinosaurs has a different color and power to assist you on your quest: red breathes fire, green can move boulders, blue can fly, and purple can manipulate gravity to walk on the ceiling. The game was created by the new indie developer Craigeatscrayons and is the first launch of the Melbourne-based company. As far as first projects go, Dinofour set the bar high with playful yet challenging level design, interesting mechanics, and a vast amount of available content, including 3 worlds, over 70 levels, and secret areas and collectibles.

The dino-powers aren’t in themselves innovative, even the gravity shifting one, arguably the most “unique” of the four, is reminiscent of games like 2010’s VVVVVV on Steam. Rather, the hook of the game comes from the interplay between the four dinos and the creative ways their powers complement each other from level to level. Not every level utilizes every dino, so there are hundreds of combinations available to keep things fresh and interesting. One level may have ice blocks and spikes, requiring the red/fire and purple/gravity dinos, while another might have springboards mounted on rocks that only the green dino can move. The best levels are those that explore different strategies of dino-swapping. Alternatively, my least favorite levels were timed challenges (crumbling platforms, for example) and single-dino levels. 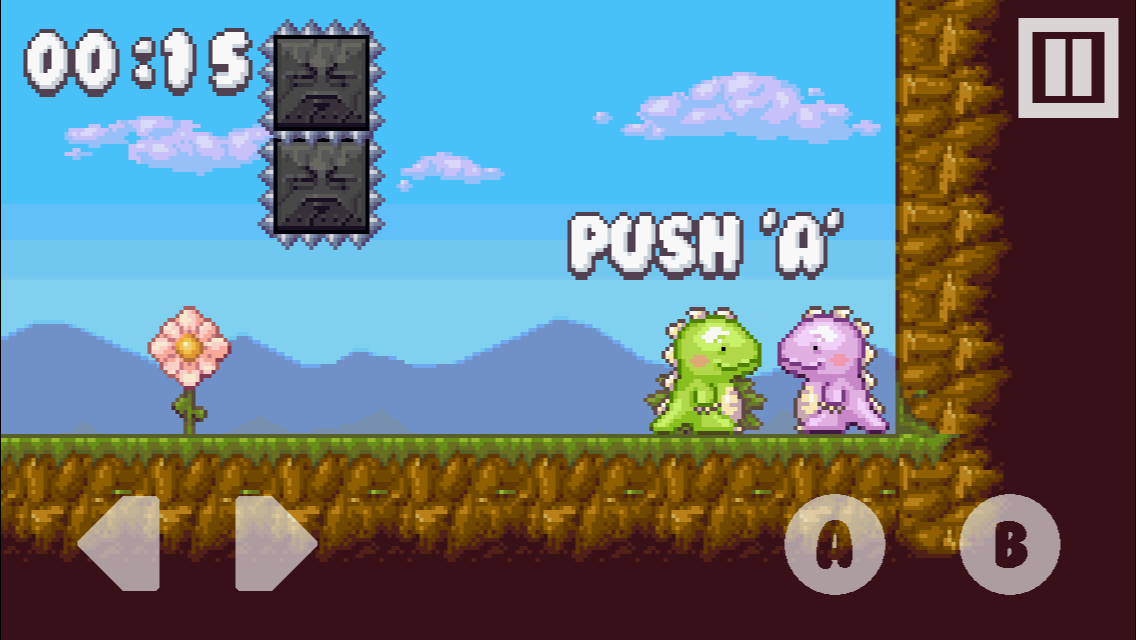 The levels quickly progress from simple block mazes to some environmental hazards (spikes, lava, falling rocks) and then to incorporating enemies such as pterodactyls, fire critters, and even charging wild boars. The falling blocks and swinging maces are reminiscent of Super Mario games, which is never a bad thing, although the game aesthetic might have benefited from more original obstacle designs. Each dino is better equipped to handle different hazards (the flying dino makes dangerous leaps over spikes easier) but you don’t always have access to your preferred dino.

Each stage is relatively short, anywhere from under ten seconds long to around a minute or so, which keeps things moving along quickly. The game employs the familiar star-collecting format of victory (three stars max), meaning that players can replay past levels in order to beat their own score. That combined with 70+ available levels means that you are definitely getting your money’s worth in this game, especially if you are a completionist and opt to uncover all the secrets in the game.

The game presents some surprising but welcomed challenges, such as strategically deciding which dinosaur you can afford to leave behind. I’m thinking here of the 4th stage, where abandoning your green or blue dragon somewhere out of reach will cost you your victory but leaving the red dragon behind after using it to bust through certain patches of ice is okay. Beware, some of the most frustrating conundrums are self-inflicted when you realize too late that you have left a needed dino out of reach and thus have to restart the level. Dinofour definitely requires a combined strategy of trial and error and always thinking a step ahead of yourself. 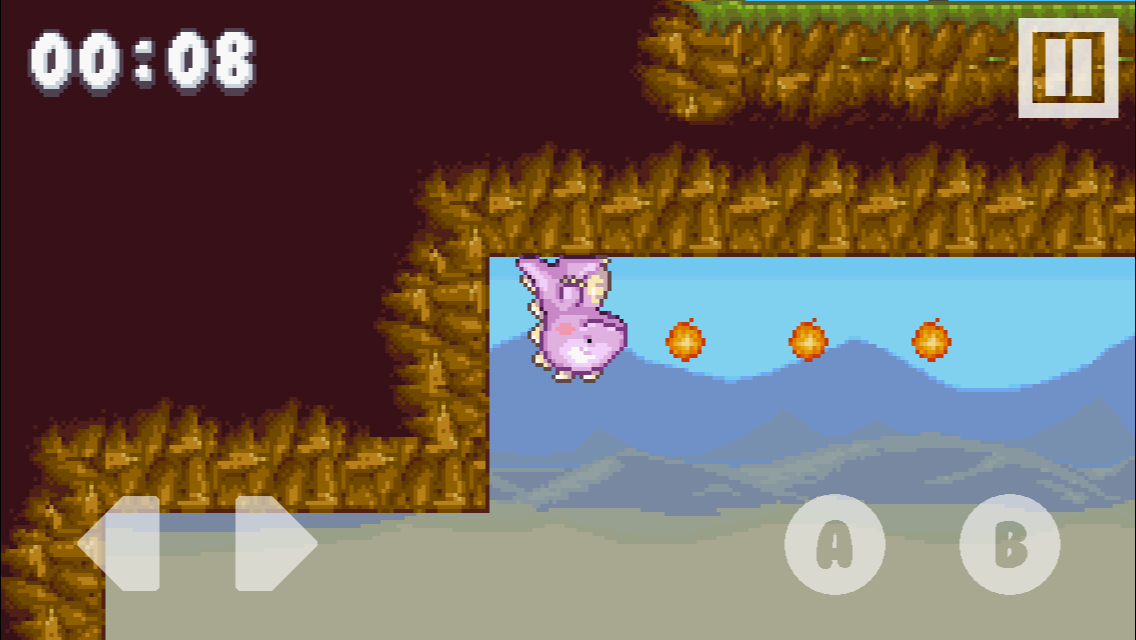 The game can be a bit unforgiving, which might wear on anyone who doesn’t have the patience to try a level several times. There is no checkpoint mechanism, which can be frustrating when the tricky part of the level comes near the end but any mistake means repeating the whole thing. Furthermore, the on-screen buttons are assigned in a way that means that “A” is both the special power command and the dino swap command; this comes into play infrequently but does mean you have to position your dino just so to avoid blowing fire when you actually want to switch characters. The camera point-of-view is also very close-up, so sometimes it feels like you have to jump off a cliff or be impaled on spikes in order to get an idea of what type of puzzle comes next, beyond the frame of your screen.

Despite the few qualms I have with the game, Dinofour is a fun and challenging experience that I would recommend to any puzzle platformer fan. It is a fantastic first launch for the developer and worth supporting in order to see what Craigeatscrayons will do next.