I was about five years old when film The Rocketeer hit theatres, so I don’t remember a whole lot about the characters or plot. What I do remember is strapping a pair of 2-liter bottles to my back and zooming around my backyard like a lunatic. I’m almost afraid to re-watch the movie now that I’m older, because I have nothing but good feelings about it currently and I don’t want cold hard reality to tarnish them. That childhood wonder I felt while pretending to fly around in an awesome dieselpunk jetpack was pretty priceless, ya know?

Piloteer ($2.99), the latest “P"-titled game from Fixpoint Productions, seeks to recapture that feeling and shrink it down into a mobile-friendly package. And, I’m happy to report, it pulls it off. It’s absurdly challenging, but incredibly fun once you get the hang of it. Except there’s a good chance you won’t ever fully “get the hang of it”, but don’t worry–that’s actually part of the fun. 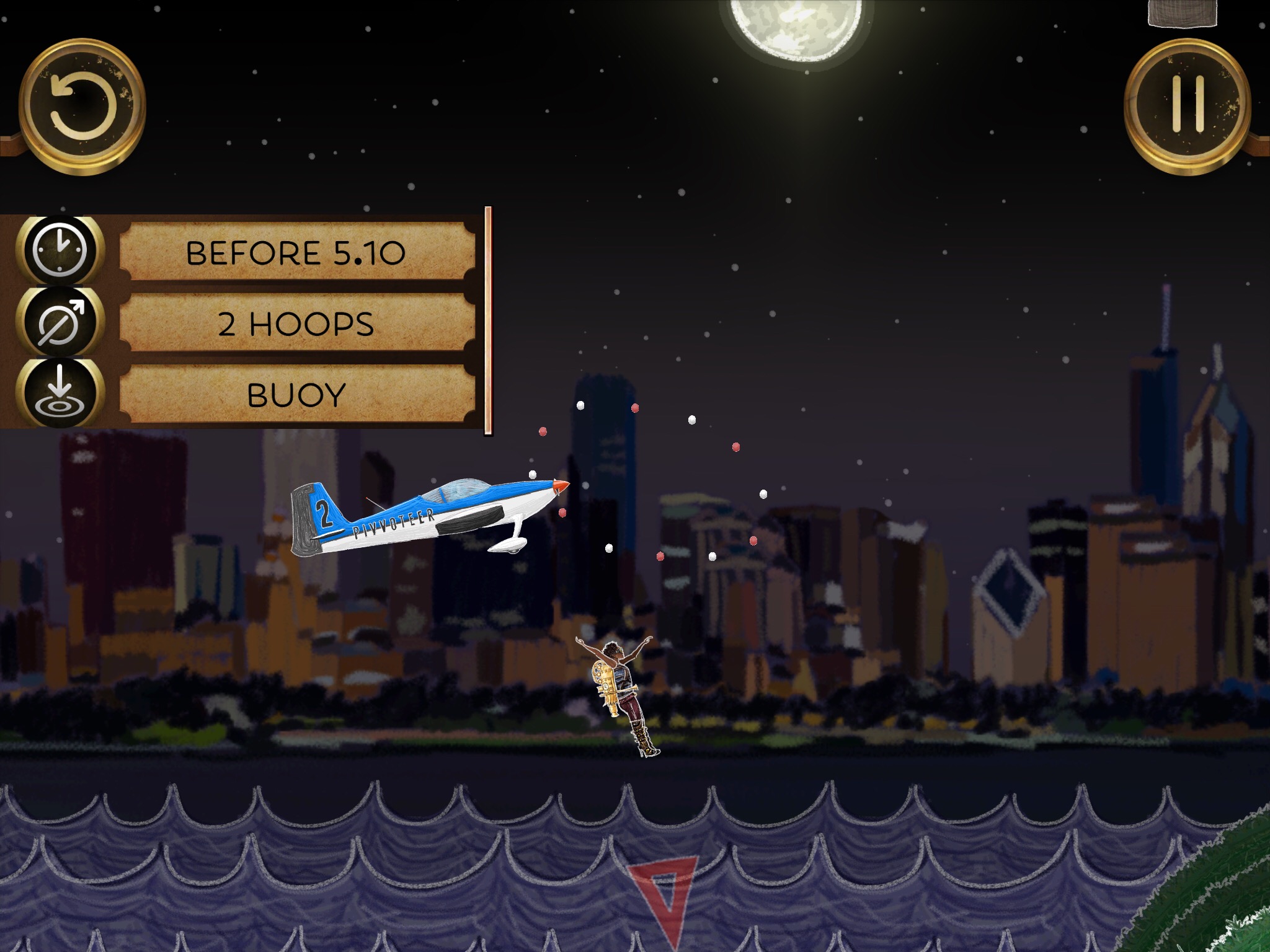 You play as the titular Piloteer, a woman who apparently has a deathwish, since none of your flights are likely to last very long (at least in the beginning). You tap either side of the screen to activate the corresponding jets, which push you up and over in whatever direction you want to go. Pretty simple, right? You’d think! To say it’s “tricky” would be a pretty massive understatement, but that’s ultimately what makes the game so satisfying. Being successful at maneuvering the jetpack has nothing to do with having the right upgrades or the quickest reflexes, it’s about mastering a skill. 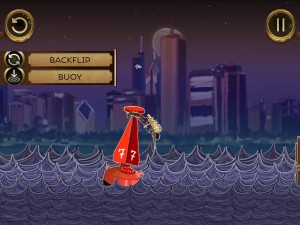 It’s the same reason I love games like True Skate ($1.99); you need to practice, and once you start getting better, everything clicks and it’s like a whole new game. It’s an awesome feeling that, unfortunately, I don’t get on iOS that often.

Many people on our forums and elsewhere have compared the game to Backflip Madness ($0.99), that weird gymnastics “simulator” that briefly hit it big a while back. The two games share a lot in common, from the 2-D paper doll physics to the ultimate goal of landing on your feet without wiping out. (Also, backflipping.) The game is structured in a similar way as well, with each level being comprised of a series of obstacles and platforms to perform stunts on.

Speaking of levels, there are just three in Piloteer, but all of them are packed with goals to complete. These goals range from things like flying through a bunch of hoops within a certain time limit to stunts like frontflipping from an airplane onto a boat. Each stage is unlocked by earning medals, with more medals going to harder tricks. And boy, do some of them get hard. I hope you have Apple Care, ‘cause there’s a good chance you’ll want to toss your phone through a closed window. 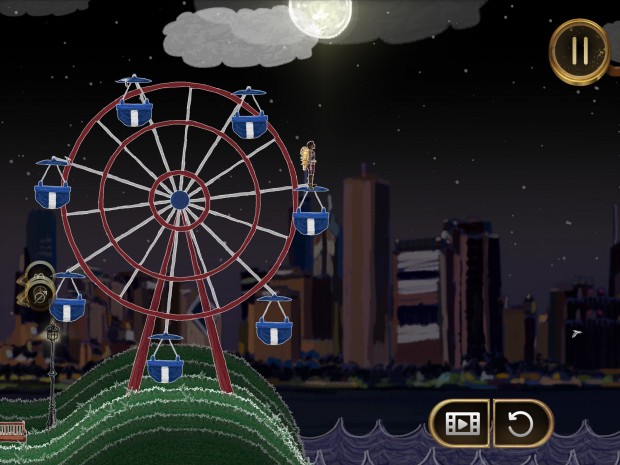 With all the rage the game induces from time to time, it’s a good thing it’s pleasant to look at. The game has an interesting cardboard-cutout style, full of dark blues and purples that’s not quite like any iOS game I’ve seen before. It’s pretty gorgeous, and the gentle tinkling of the piano soundtrack matches it perfectly. I was struck by how different each of Whitaker Trebella’s games look (not to mention how completely different they play), and Piloteer is undoubtedly a beautiful addition to Fixpoint’s slowly growing stable.

I really can’t say enough good things about this game. It’s hard as nails, immensely satisfying, and just plain fun. It’s the kind of game where every failure is your fault, and the only way to overcome it is with practice (except sometimes it’ll be a bird’s fault. Damn seagulls.) I can see a lot of people being turned off by the difficulty, but it pays if you stick with it. Plus, it really shines a light on why jetpacks haven’t–ehem–taken off in real life, because if it’s this tricky in a mobile game with only two dimensions to worry about, imagine trying to fly with an actual rocket strapped to your back without dying horribly. Yes, jetpacks will probably always remain one of those cliches about the future (along with flying cars and curing colds), but I’m thankful that Piloteer lets me finally experience a bit of that without soda bottles and duct tape.