Poor old Sonic The Hedgehog. He’s been celebrating his 24th birthday recently, and to commemorate the occasion, SEGA has baked him a moist, delicious cake and topped it with inedible sludge. Sonic Runners (Free) has finally come out of its soft launch, and it’s unfortunately still plagued with all of the problems it suffered from right from the very moment it set foot on the Japanese App Store. That this particular mixed bag comes from Sonic Team themselves is hardly surprising when you break down exactly what’s wrong and right with it. Is it salvageable? Absolutely. Will it be? I wish I could say.

So, as ideas for iOS games go, a side-scrolling auto-runner featuring Sonic The Hedgehog has got to be one of the most obvious. We’ve had vertical jumping-based Sonic games in both paid, stage-based and free, endless formats, and a behind the back Sonic endless runner, but it took until now to make seemingly the most fitting game for SEGA’s mascot happen. On the good side of things, this game has been developed by Sonic Team specifically for the platform, a first for that particular developer. On the bad side of things, well, it’s their first game specifically for the platform, and it’s pretty clear they’ve done their homework on the market. The result is a game that is actually very fun to play, with all kinds of cruft attached that drags the experience down heavily. 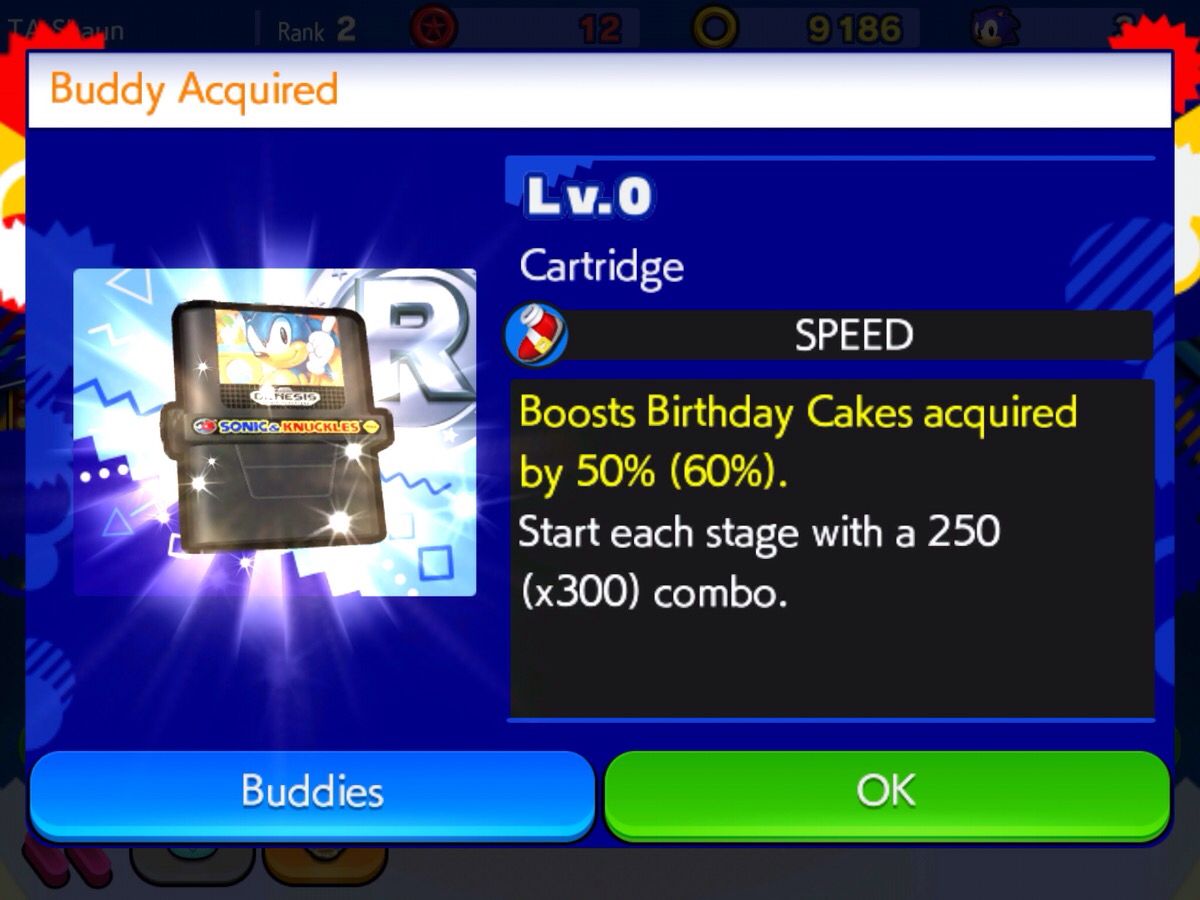 Granted, this isn’t unprecedented. This is exactly what happened with Sonic Jump Fever (Free), an otherwise enjoyable enough game that used every trick in the book to try to monetize. It’s better here in some ways, and worse in others. You won’t have outside ads interrupting your play like in that game, but just about every other bit is in here, with some gravy on top. The game constantly needs to connect, so a reliable internet connection is a must. It constantly bothers you to post to Facebook, invite your friends, review the game, or spend red rings in some way or another. It has a lives system, with each play consuming one of three lives that takes 30 minutes to restore. Retries are anything but quick, with significant loading time for just about everything. It has a random draw system for its helper buddy system, where you can spend premium currency to take a random spin on a roulette wheel. There are incentivized ads you can watch to continue if you fail, which I wouldn’t normally think of as a bad thing, but this game actually makes a point of setting players against each other for rewards. There are consumable power-ups that you can buy with in-game currency. Basically, any free-to-play monetization gimmick you can think of it, Sonic Runners has it. 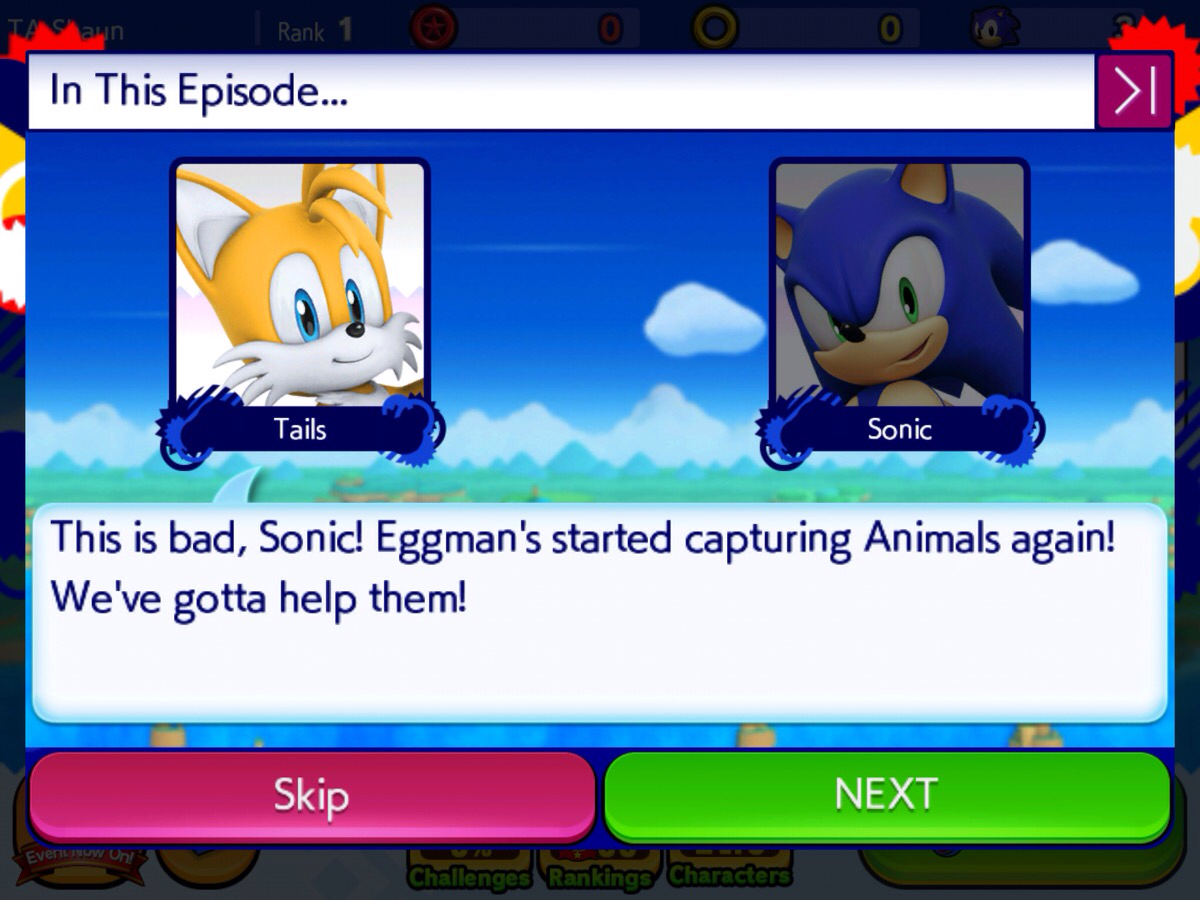 It has a few other big flaws that aren’t connected to its free-to-play nature. It’s an incredibly wordy game for no good reason at all. While I understand Sonic Team wanted to tell stories in each of the game’s mini episodes, if all they had to offer was the utterly banal garbage that appears in Sonic Runners, I’m not sure why they bothered. Most of the time, you can skip the dozens of text boxes before each run, but if you’re doing events, you’re pretty much forced to flip through every useless bit of dialogue. It blows my mind that anyone would think to use tons of dialogue to tell a story that the old Genesis games did in ten seconds of wordless animation, but I suppose this is part of modern Sonic. The game is also incredibly crash-prone at the moment, which is odd because that wasn’t an issue during the soft launch. It’s pretty annoying because if it crashes at the wrong point, you’ll have to redo entire stages. 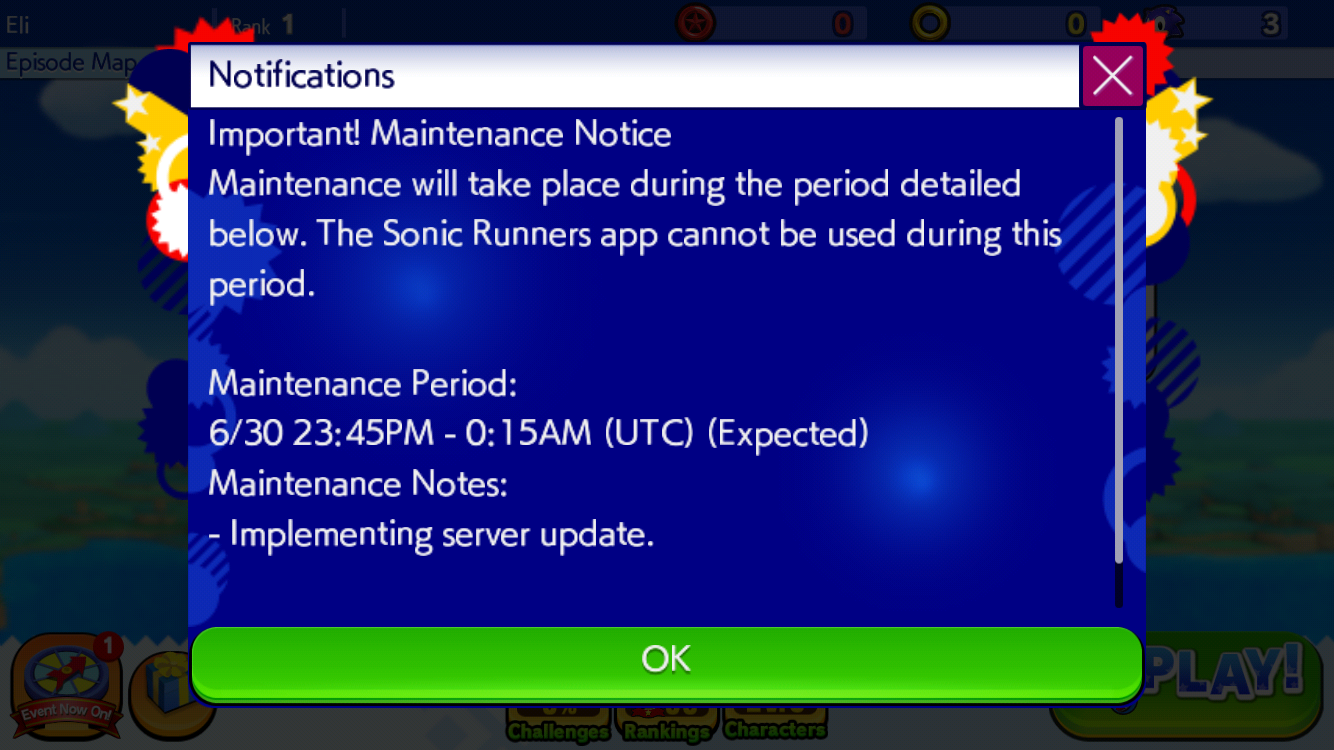 This is all made much more aggravating by the fact that the game buried underneath all of this is really quite fun. The speed and level layouts feel the way they ought to, with lots of different paths to follow through each stage. Sonic and friends are responsive and feel a lot better to play with than they did in Sonic Dash (Free). I like the whole hybrid endless/stage-based approach where you need to reach a certain point to clear the level, but can then run endlessly after that point until you fail. That set-up reminds me of Boson-X ($2.99), which is an odd thing to think of while you’re playing a Sonic game, but there it is. The fan service is off the charts, with the helper buddies being drawn from all kinds of SEGA sources. Right now I’ve got one of the wisps from Sonic Colors following me as my first buddy, with the second slot occupied by a floating Sonic The Hedgehog cartridge locked onto Sonic & Knuckles. There’s a birthday event going on right now where you can win a SEGA Genesis buddy, and previous events during soft launch included characters from Puyo Puyo and Phantasy Star Online 2. The game makes liberal use of classic Sonic tunes and imagery, and while it has the negative side effect of making the music specifically made for the game sound terrible in comparison, I’ll never put classic Sonic music in the corner. 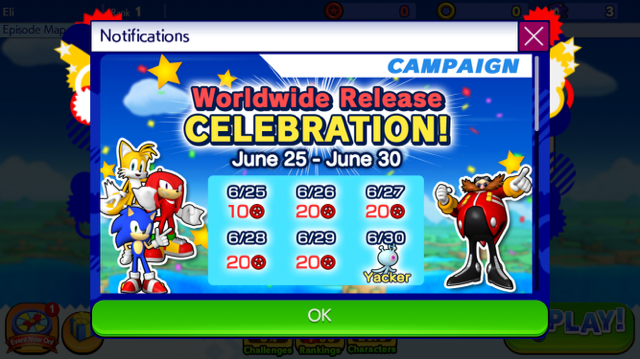 Sonic Runners also has a ton of content. The lives system means you have to decide carefully how you want to spend your time, and like many event-heavy games with a story mode and a stamina system, you’ll probably end up focusing mostly on events. You’ll want to spend some time with the story if you want to unlock everything, though. It’s frustrating how little gameplay time you get out of a full stock of lives, though. In the case of Spider-Man Unlimited (Free), another runner with a stamina system, a full stock is five lives and each one restores in ten minutes. Here, a full stock is three lives and it takes a half hour for each one to come back. This has inexplicably increased significantly from the soft launch version, and I can’t begin to imagine why. It’s not like fifteen minutes was especially friendly or anything. 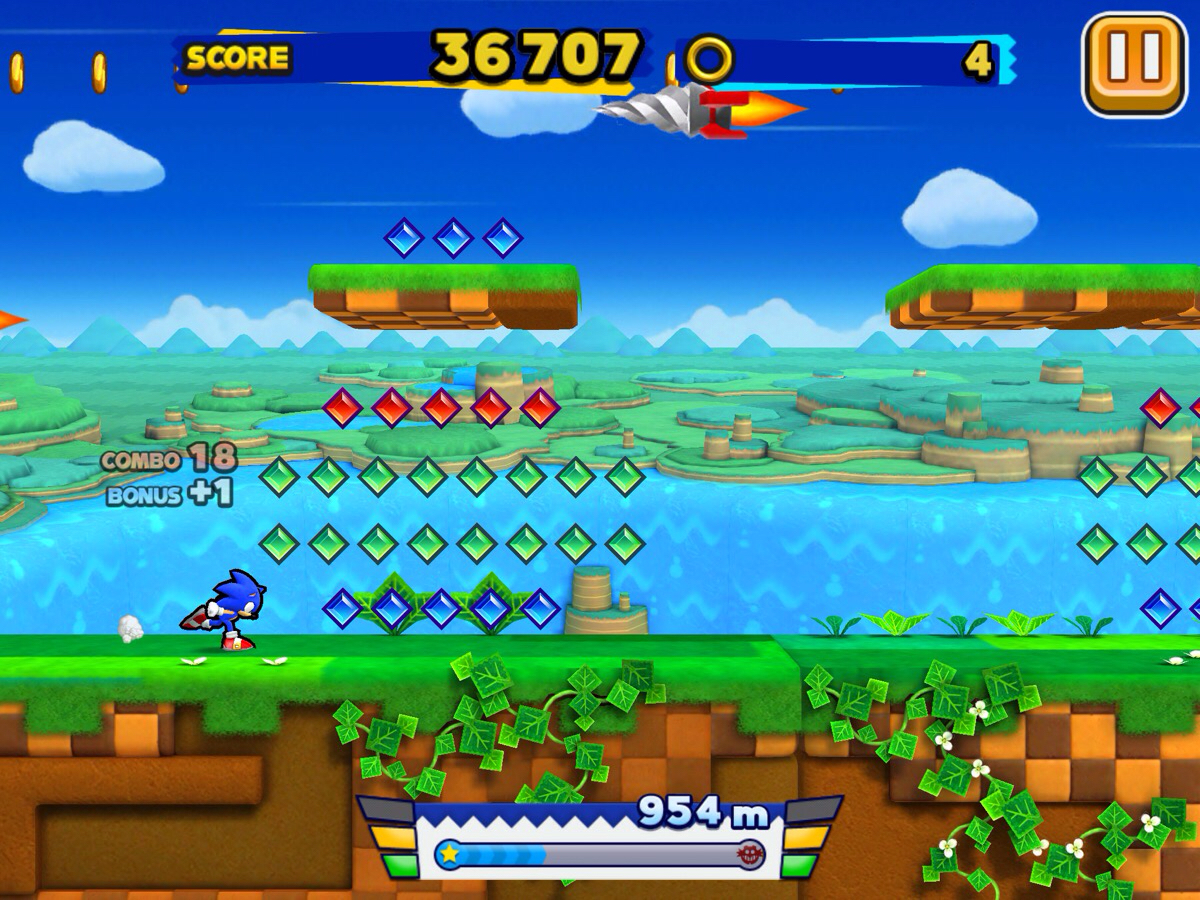 The core of Sonic Runners is fine. This game could turn around in the future, because the actual gameplay is fun. They just need to pull back on how utterly aggressive and pushy the current monetization is. For now, it’s hard to recommend Sonic Runners to any but the most patient of fans. You’re going to have to use a metaphoric machete to chop away at all of the dense jungle getting between you and the fun running action, but if you can look past all of that, you’ll find something worth sinking your teeth into. I just hope that SEGA sees fit to pull back some of those impediments for everyone else. There has to be a better balance to strike than this.