While we had heard some rumblings about something cool coming from Bethesda at E3 that would be for mobile, we had no real clue what exactly it would be. Turns out it was a brand new game, and available right away: welcome to Fallout Shelter (Free), a town-builder that lets you build your own underground vault. We’re diving into this one, but if you’re just waking up and am curious about this one, here’s our first impressions of this game: and despite being a town-builder from a AAA publisher, it might not be what you’re dreading, it’s actually really neat and does monetization in a different way from other games in the genre. 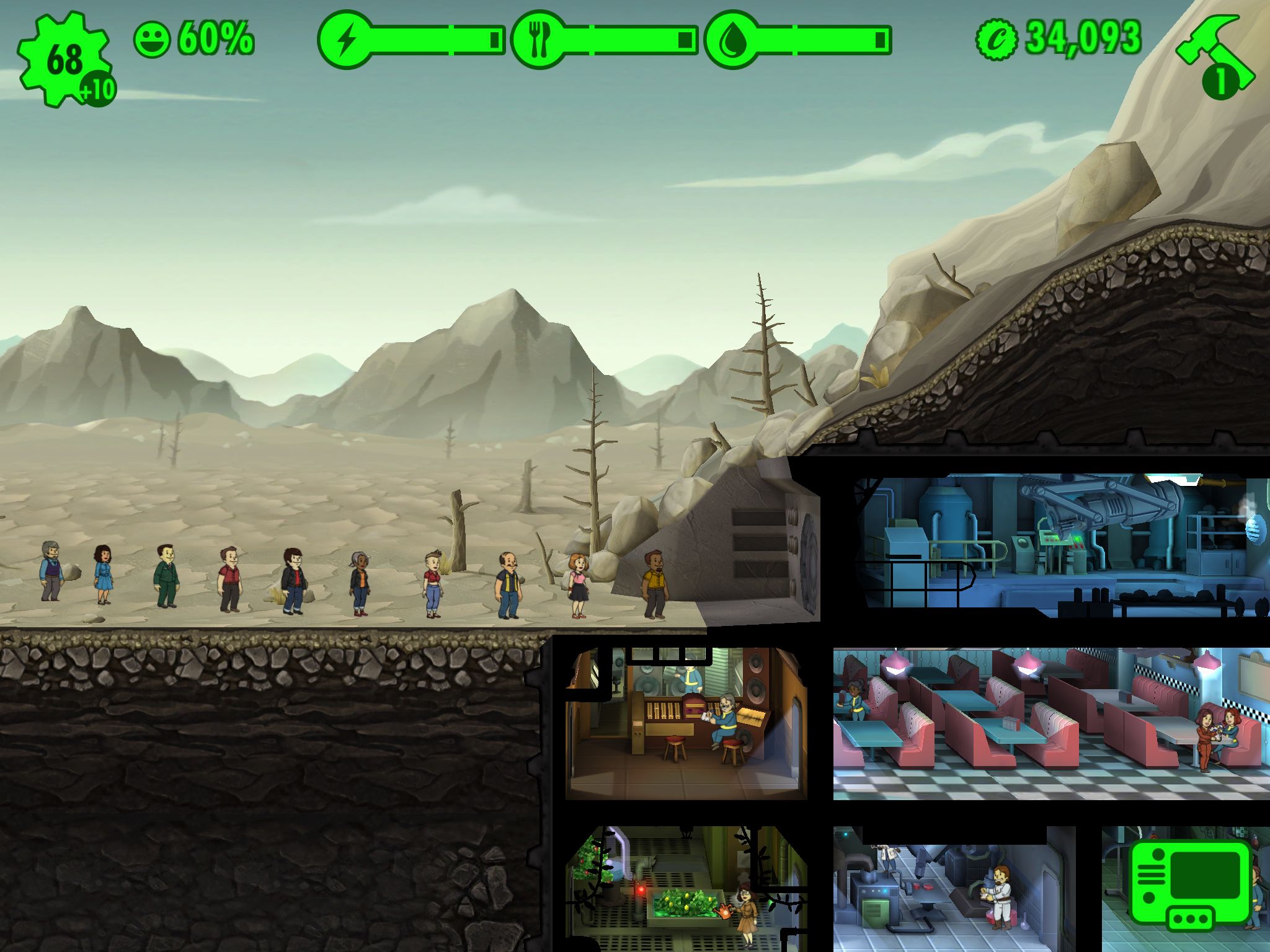 The game has you building an underground vault in the wasteland, as you might expect. The look of the game being like the caricatures from other Fallout games is a really cool look for the whole experience, makin it feel familiar but still be a new and different experience in the franchise. You’ll rescue dwellers from the wasteland, and assign them to different resource-generating buildings in the vault as the overseer, using the seven statistics from the SPECIAL set of stats from the other games: Strength, Perception, Endurance, Charisma, Intelligence, Agility, and Luck. Each character’s SPECIAL will affect how good they are at generating different forms of resources, so you’ll want to assigna nd shift them around to find the ideal stats balance. It’s kind of like Tiny Tower (Free), but more post-apocalyptic. And, you know, building underground instead of sky high. But elevators come into play!

You will have to deal with more than just keeping dwellers happy and employed. Radscorpions will pop up occasionally. Barbarians from outside the vault will try to bust in and kill everyone, though your dwellers can fight them off. You can either get new dwlleres by waiting for new ones to arrive at your vault, or by making babies by pairing males and females off in living quarters. 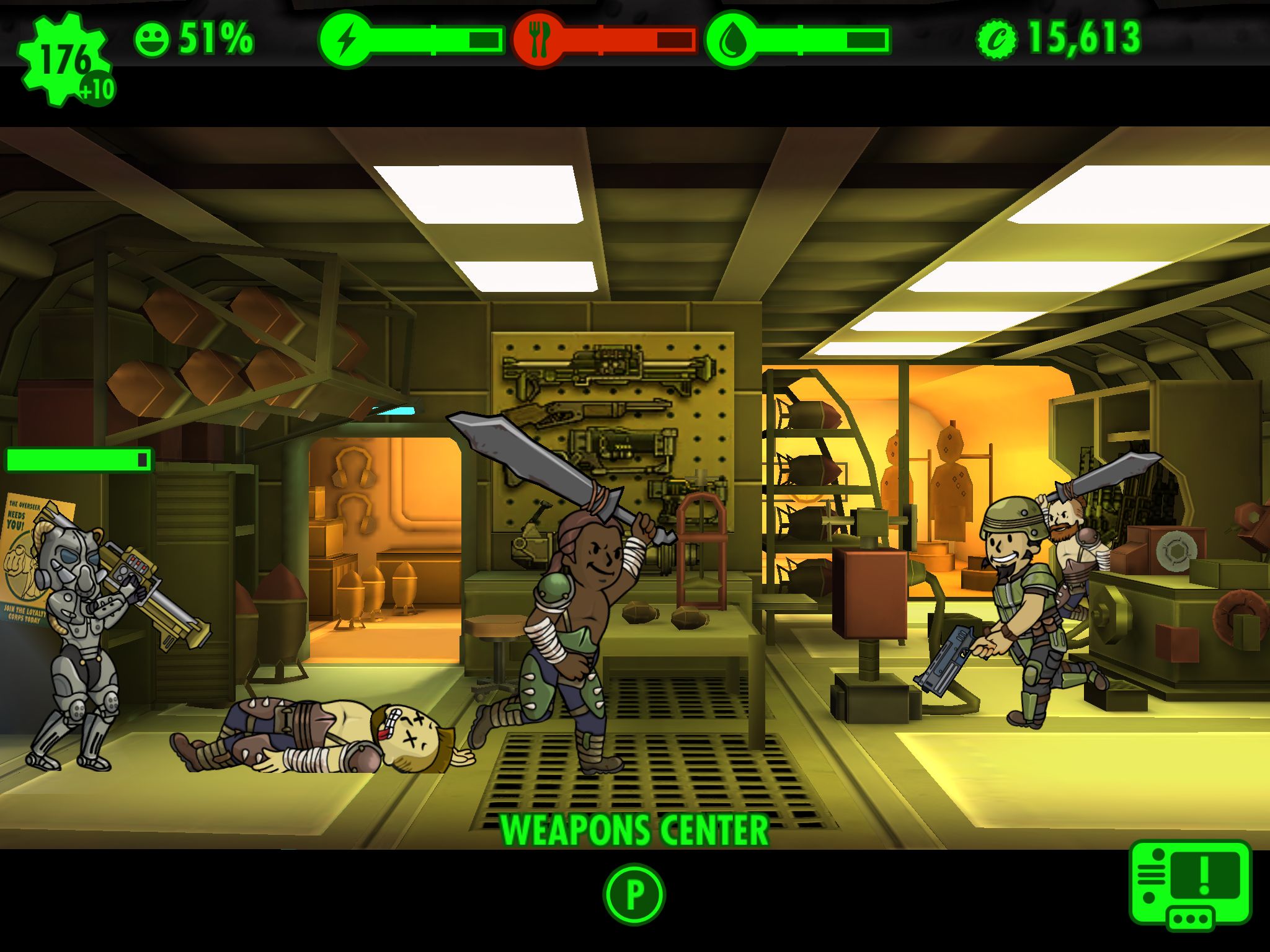 The monetization is a lot different from other town-builder games. You don’t buy any consumables, you can only buy packs that contain bonus cards and also special units. These are also obtainable by completing objectives. You do have to wait for resources to be generated, but you can accelerate them through a random-chance speed-up. If it works, you get more resources right now, but if you fail, you have to deal with a radscorpion invasion. Otherwise, you can’t buy more caps, the game’s currency, and buildings build pretty quickly. I’ll be curious just how this one gets with the monetization push over time, but it’s definitely a lot friendlier to free players than many games. It’s definitely not quite what you’d expect from this sort of game from a major publisher at all.

Early on, it seems as if progress can be stalled through waiting for new dwellers. At that point, you’re just kind of waiting for resources to be generated, and some buildings require you to have a certain number of dwellers. You can send people out to explore the wastelands, but you’ll need to supply them with medkits and stimpacks to help keep them alive. 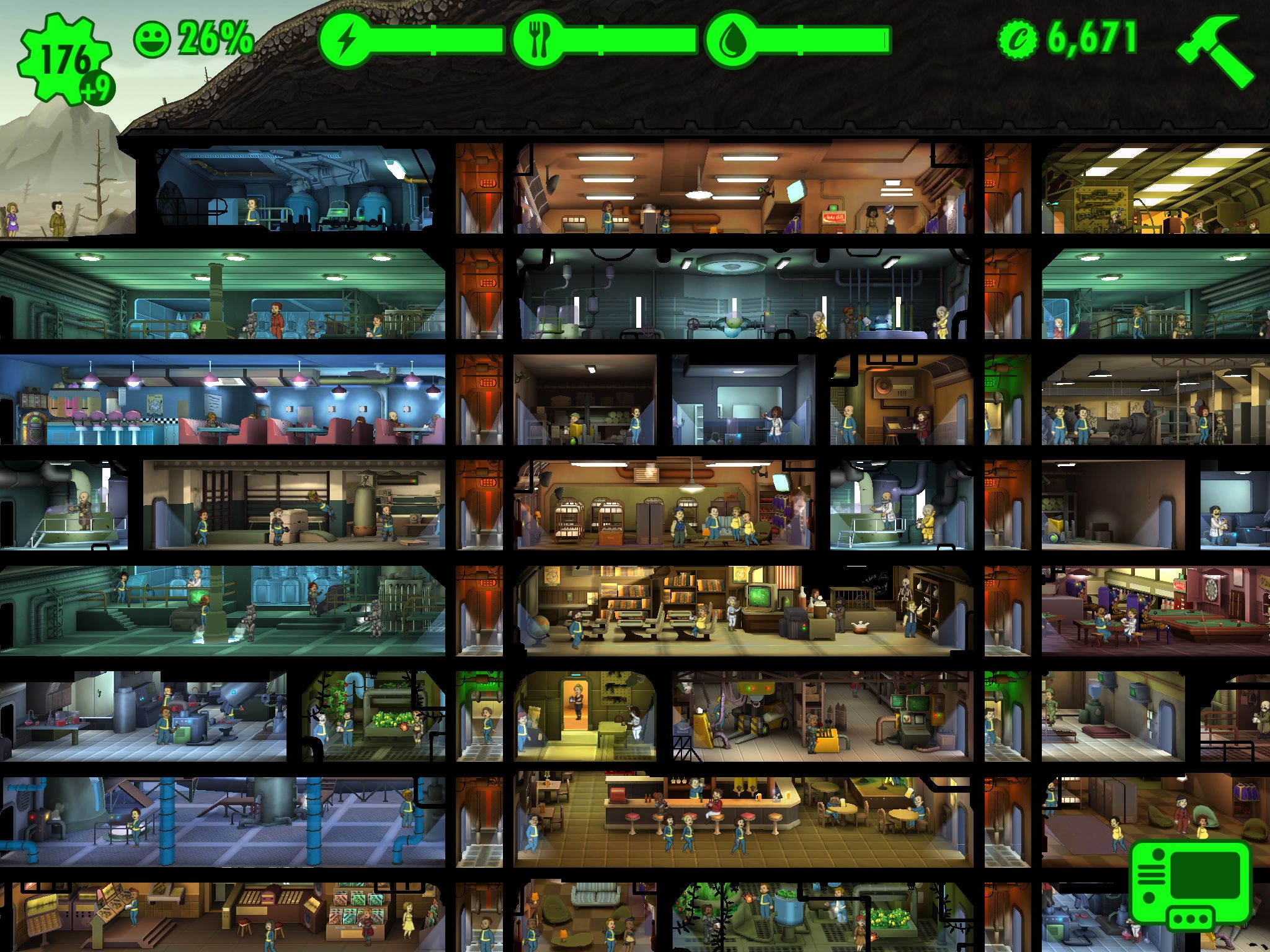 Overall, this seems like an interesting Fallout take on a town-builder, or at least a sort of ‘Tiny Vault’ game. It’s definitely worth downloading as a curiosity if you’re in to Fallout at all. We’ll have a full review of this one soon.