Sometimes when you play a game, you just realize that it looks really cool, and like you want to play it. Hopiko from Laser Dog Games, creators of the fun Alone ($0.99), was one of those games that appealed to me right away when they first announced it. I sadly wasn’t at the event in the UK where they demoed an early build of the game. But Laser Dog has just started beta testing Hopiko, and they sent along a build. As a games journalist who’s self-aware enough to realize that getting to play preview builds of games is a privilige that shouldn’t just be dismissed, I dove right into Hopiko. While I have a few concerns about the final product, I must say: this game is as cool as the initial trailer made it seem. I’ve got some video below of the first few levels. Watch it in sixty frames per second on the YouTube site. Not just because it looks smoother, but this frame rate is central to this game.

This is a one-touch platformer, where you’re jumping from wall to wall, trying to make it to the end of the level in one piece. There are two key differences to Hopiko from similar games: one, you can tap to launch perpendicular to the surface you’re on, or you can swipe-and-drag to aim your jump. The platforms will occasionally move, but you have a lot of control. The other big thing? This game is brutally fast. Like, one of the optional objectives is to complete the different level segments as quickly as possible with nary a false movement. Pretty much any hesitation will prevent you from getting the checkmark that yes, you are a speed demon. The game does provide feedback that you’re going super-fast and on the right path, but it’s going to take practice in the different level segments to get them all done as quickly as possible.

It does feel really cool when you get that checkmark for speedy completion, because it feels like you’re Fry after a hundred cups of coffee. To an outsider, it looks like the only way you figured it all out was because you’re moving in slow-motion while everyone else is going at full speed. In reality, you just have to know where all the traps and hazards are, and not react, but act based on what you know about the level. Controls-wise, I do have some concerns with the swipes. Sometimes precise angles are necessary, and will the game be friendly to angles that you get just right when you have a half-second to aim them? 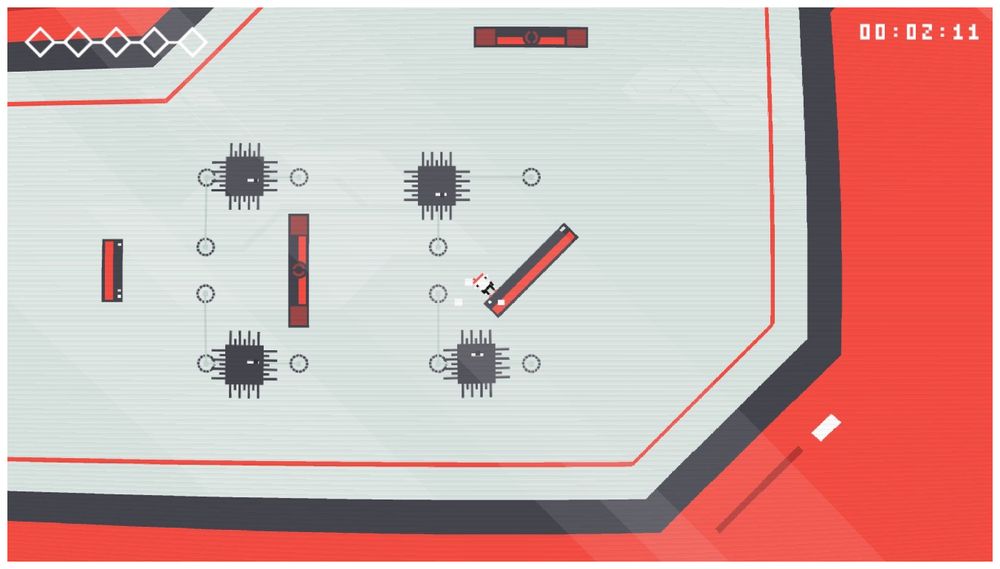 Structurally, the game is quite interesting. Each level has 5 segments that you must complete, and you must complete each one in order without dying to complete the entire level. This means that one misstep has you completing levels all over again, and will make you really familiar with the early levels in particular. Part of me wishes that there was the structure where you could retry the segment that you failed at, with the game rewarding completion in one shot without dying, and then rewarding the speedrun. You can see where speedrunners will want the quick swipes to be accurate and/or forgiving to slight angling mishaps. But that also feels like something a lot of other games would do, and might dissuade the sort of carefulness you need to succeed at Hopiko. The current system could be serving the game better than what I’ve suggested.

Sixty frames per second performance for Hopiko is going to be an absolute must. This game absolutely requires the ability to react with lightning reflexes, and if the game is impeding you in any way, then it’s going to be a major problem. 60 FPS just looks nicer – watch the video at 480p in 30 frames per second, and then at 720/1080p at 60 frames per second and tell me there’s not a difference – but for Hopiko, you need it. Thankfully, the game is running at 60 FPS on the iPad Mini 2, and they’re still fiddling around with other platforms to make the game run as well as possible. The iPhone 6 Plus’ visuals are still being tweaked – some shaders in use cause the game’s performance to degrade a bit. So there’s still some balance between making the game look as good as possible, and performing as well as it needs to. 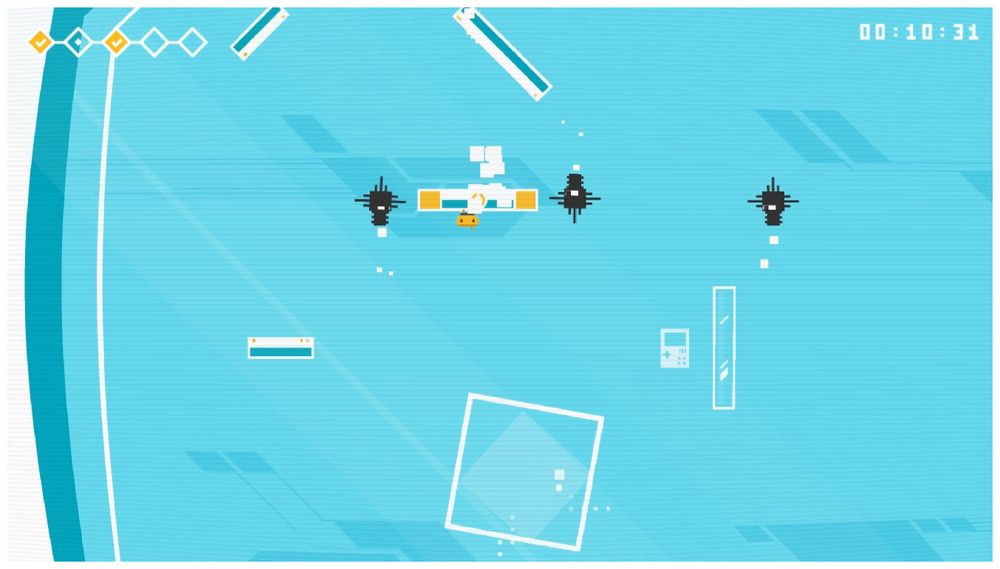 After my time with Hopiko‘s beta, which you can sign up to try for yourself, I must say: I’m really looking forward to more of this. There’s already a lot of fun here, and I’m curious to see what tricks Laser Dog has for the game down the road beyond the first world. But I think you should be really excited for this.