I’ve been playing a ton of a new shooter this week that has a lot of mechanics that get some people around here really upset: It’s got a rigid experience system which gates ever single thing in the game. If you want to use a particular weapon or play a particular game mode, you’ve really got no choice but to wait through the grind- Even though you’ll be playing with (and against) players that have the advantage better weapons you don’t have access to yet. There’s not much you can do about this either other than just wait to access them through playing more. 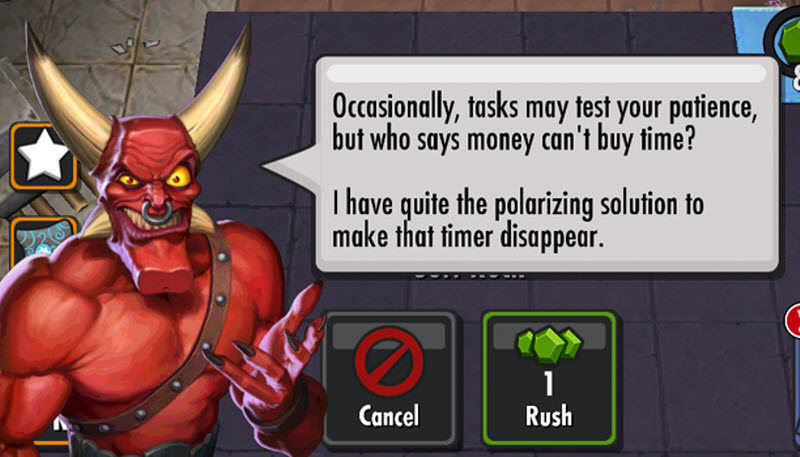 It’s also got a currency system that makes you pick and choose which guns you can even unlock based on what you can afford with the currency you’ve earned in game. Additionally, there’s a whole sub-set of secondary items and cosmetic customizations you need to buy as well. Item bonuses are rewarded through an entirely randomized gacha system which potentially could have you wasting the currency you’ve farmed up buying similar items over and over looking for the stat bonuses you want. The worst part of this? If you want a specific item, it comes with an excruciatingly long 24 hour timer. That’s not the only timer either, the game itself has all sorts of 4 hour timers that prevent you from potentially playing the part of the game you want to play for hours.

By now you’re probably thinking, “What’s this terrible free to play game so I can go to the App Store and rate it one stay already," but the game I’m talking about is Nintendo’s recently released Splatoon on the Wii U. Now, don’t get me wrong, I’m loving the game- It’s a ton of fun, and arguably one of the first team-based shooters I’ve played in a very long time that actually feels totally unique which is an incredibly welcome change that has been badly needed in a sea of soulless modern military shooters.

It seems to be universally adored too, which really just makes very little sense to me as the internet as a whole is typically so vocal about vehemently disliking free to play mechanics. This game has almost all of them, with the main difference being it cost $60 instead of $0. It’s hard to wrap your head around these inconsistencies, as core gamers have no problem telling you how much they hate free to play, but have zero problem playing games that lean on nearly every stereotypical free to play mechanic.

The retort to this typically lies somewhere along the lines of “Well, Splatoon costs $60 instead of nickel and diming me the whole way," but is that a good thing? Splatoon could have made a very effective free to play game with a Team Fortress 2 style in-game economy, which would have made the actual cost to the vast majority of people playing it far less than $60. I typically play these sorts of games in fairly short bursts, and a free to play Splatoon would’ve likely cost me $0… So if the concern is overall expenditure, how is paying $60 better than paying nothing at all?

I think it’s all just a matter of perspective, as life-long gamers have been programmed to expect games to be $60, with no funny business, and it doesn’t even seem to matter if they include all the free to play shenanigans they can as long as they leave the microtransactions out. But when you think about it, $60 is a lot to spend on a free to play game, so why isn’t it a lot to spend on a game that’s already 99% a free to play game? The inconsistencies are really strange- Particularly if you’re looking at it from a pro-consumer mindset.

Which one should I be mad about?