How many zombie games can you take in a lifetime? A thousand? A million? Some people can’t even take just a few. These days, you don’t really have a choice. Thankfully, Dead Eyes ($2.99) is a decent game by any standard, whether you’re fed up with the shambling dead or can’t get enough of their lifelessness.

Dead Eyes‘ premise is much like the popular film 28 Days Later or the start of The Walking Dead TV series, in which the protagonist wakes up to the zombie apocalypse. There’s no real backstory, the reality kind of just exists, and you’ll need to start running. The entire visual style is mired in a black and white hue, which mostly works to its benefit. Thankfully everything is incredibly clear, and the pixelated designs of enemies and humans alike are detailed. I also recommend headphones for this one, as the atmosphere is hauntingly on point. Keep in mind though that there’s no real worldbuilding going on, and it’s difficult to become connected to anything presented in Dead Eyes. 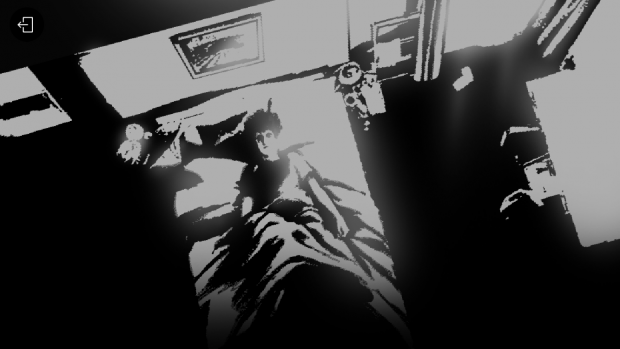 Gameplay is actually turn-based, which flips the typical zombie game conventions on its head. It’s not the most thrilling of exercises for those of you who want something a bit more action-oriented, but movement is done bit by bit, avoiding zombies along the way. If you’re spotted they’ll come for you, so you really need to do your best to maneuver about each map with care. Kind of like how a real zombie situation would go down — probably. Movement phase with lots of zombies involved aren’t the quickest, but if you jack up the game speed it’s tolerable.

As you progress you’ll get a few more mechanics worked into the experience, but not much. Manholes for instance can transport you to new areas, and rescue missions are also a go. If you’re so inclined you can attempt to best some optional goals, such as no death runs, and limited movement. Other than that, there’s not a whole lot of variety to it, as the basic precepts you learn in the first stage are the ones you’re going to use until the last. Then again, for $2.99 and no IAP, it’s not a bad deal. Just be warned — the current incarnation of the game requires wifi for some reason, likely for achievement syncing. 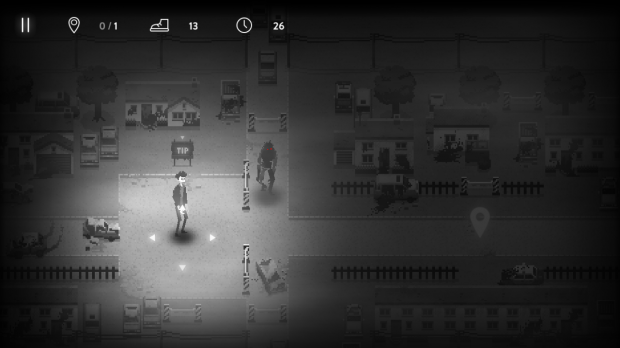 Even if you aren’t a zombie fan, turn-based and puzzle enthusiasts should give Dead Eyes a shot. An expansion of sorts for a few bucks would do wonders in terms of its longevity, but for now, it’s a decently-packed undead romp.