Lastronaut (Free) released earlier back in March, and after amassing over a million downloads in a week, the game has gotten a big update that adds new things to do and new features. There’s an experience progression system, where your points go toward experience, and can be used to unlock new perks, such as a double jump at level 5. These might just help you out in your quest to shoot down some rockets. If you dislike the slow-motion feature, that can be disabled now. 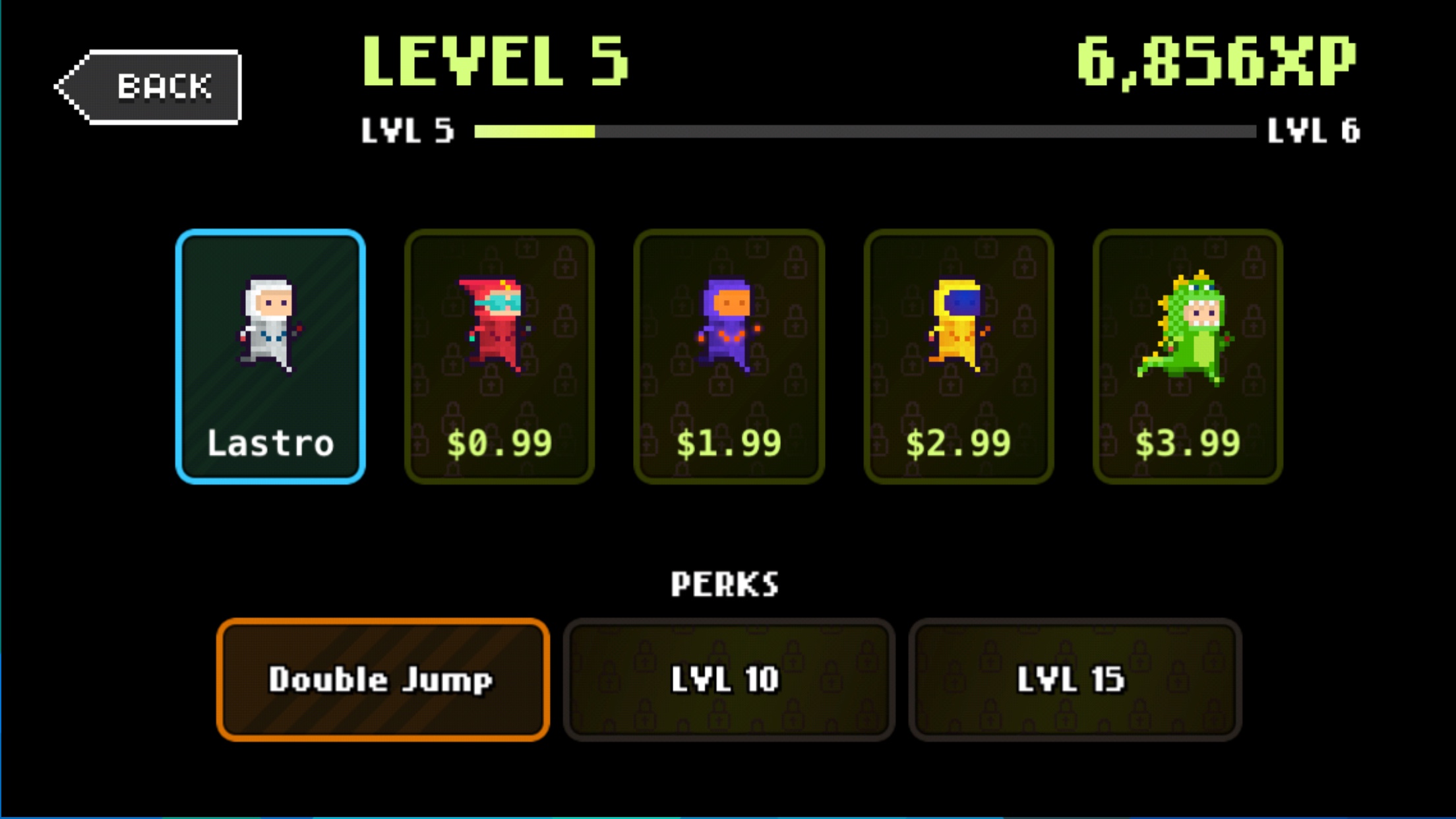 Thankfully, developers Darrin Henein and Stephan Laroux have decided to make some money off of the game, as opposed to being a 100% free game, especially since they have so many downloads. Developers deserve to make money for their hard work! The IAP just consist of various costume changes, including a $3.99 dragon suit. That’s pretty awesome. The 1.1 update with the new stuff is available now.