Beast Quest ($1.99) is an action RPG where you explore the fantasy world of Avantia in an attempt to combat a variety of creatures who have been cursed by an evil wizard. Follow Tom, a young warrior tasked with breaking the wizard’s curse, and his friends as they slay monsters, collect provisions, hunt for treasure, and navigate a dynamic landscape.

The crux of the game is an exploratory adventure that uses on-screen buttons to run, examine, fight, and power up while completing a series of tasks and quests as they are assigned by various NPCs. Guide Tom to new locations, to hidden treasure, to enemy wolves, and the occasional boss battle, including the wolf leader and a possessed yeti called “Nanook." 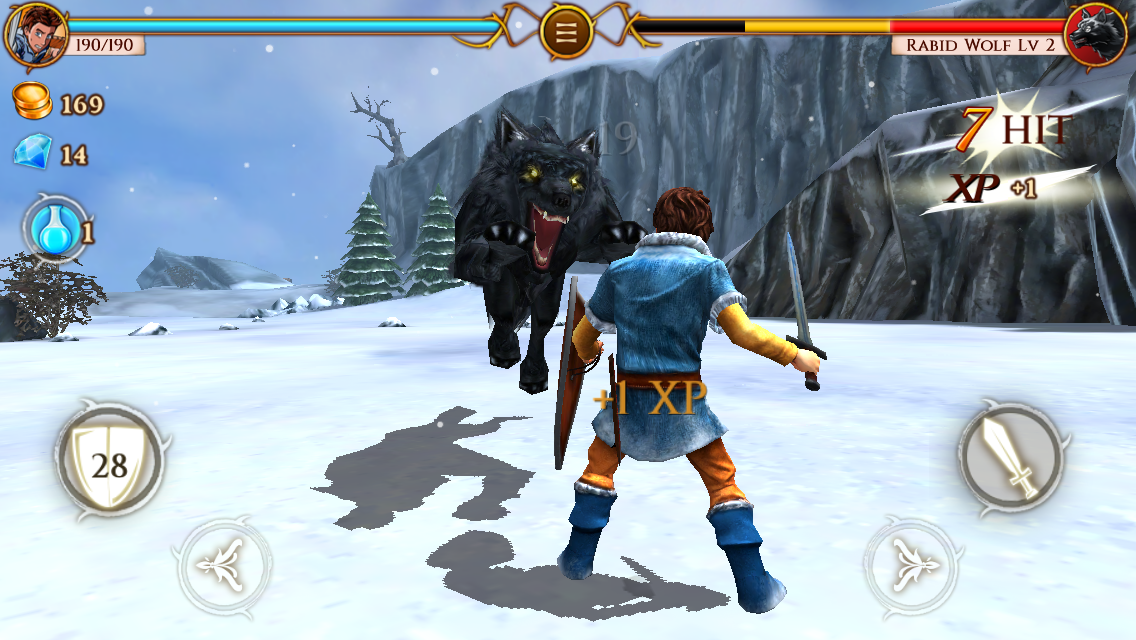 While playing the Canadian soft release of the action RPG Beast Quest, I was impressed with the game’s crisp graphics, smooth movement controls, and the beauty of the fantasy landscape design. It’s easy to get a handle on the gameplay right away, as the main commands are laid out as touch icons on the main screen, but there are also plenty of ways to customize your batte style and experience. You can choose to spend your in-game gold on health hitpoints, attack strength, and shield durability. I poured my resources into defense and hp, but a more action-oriented player could focus on attack strength and rely on dodging techniques instead of the shield. That, and the dozens of “magical item” pieces that are available for collection means that each player will have a unique character with different strengths and weaknesses. 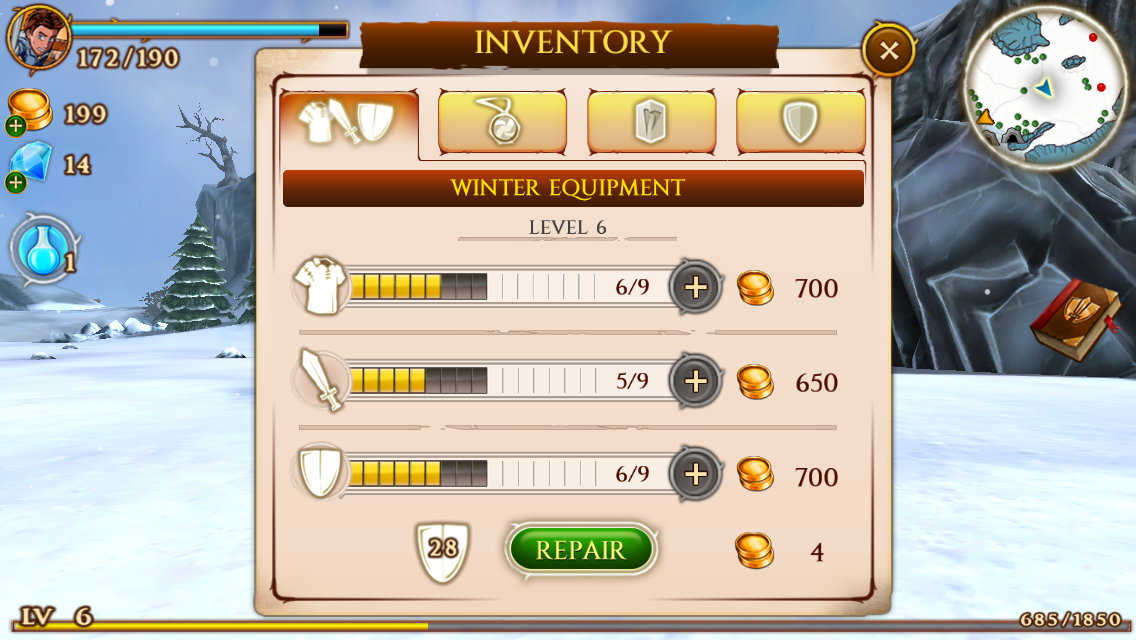 The battle sequences are intuitive and a lot of fun. The mechanics rely on a sword attack, a shield block, and dodging either to the left or right, depending on the direction of the enemy. Once you pick up on the rhythm of the battles, you can play for long periods of time without losing much health, which is nice because the game doesn’t restore character health overtime like some real-time mobile games. I, personally, would have rather had the option to heal automatically over time, but the cost to restore hp is only 50 gold so it’s not a huge drawback.

You’ll initially do battle with a yeti-like creature and many, many dark wolves. It would have been nice to have more frequent battles, but the landscape is aesthetically pleasing and traipsing through it shouldn’t cause too much grief, even when the same areas must be crossed multiple times. The map screen can help you to orient yourself so that you don’t spend too much time hunting down various objectives. 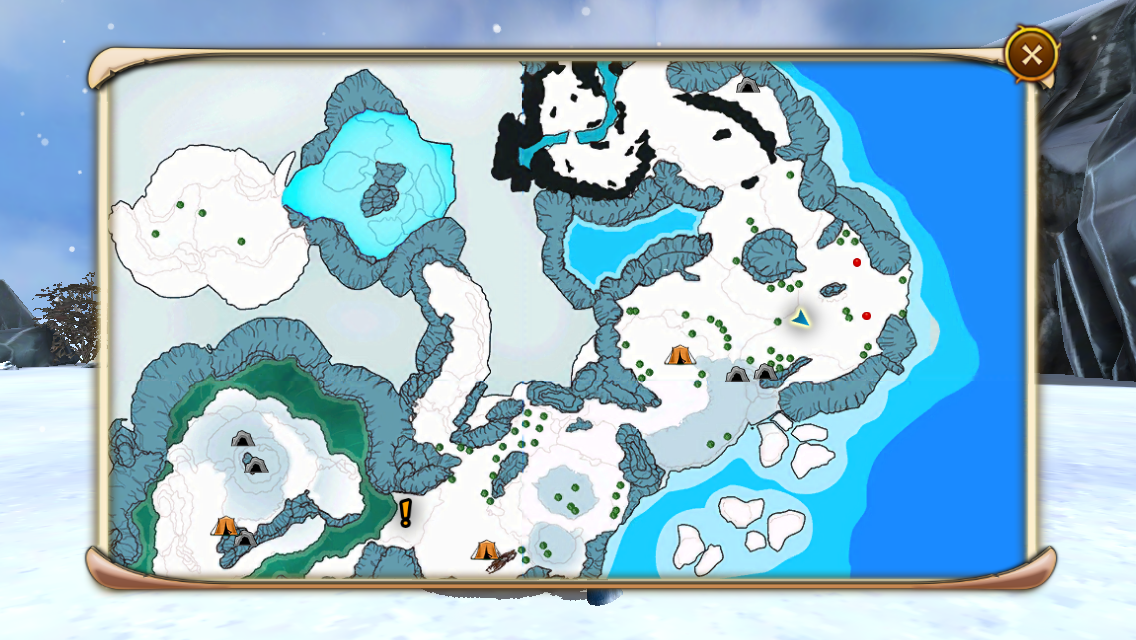 Once I got the lay of the land, grinding for experience points was easy and engaging, although they seem to add up slowly. To speed the process along, gold and diamonds can be purchased in the game to quickly level up your equipment. Spending money is not required if you have the patience; I played entirely for free and enjoyed taking my time and exploring the snowy mountains, cliff peaks, and hidden caves scattered about the map.

The upside to a focus on independent exploration is that many hidden treasures and achievements can be found. This keeps things interesting, even while grinding. My favorite achievement so far was “Scaring 10 rabbits” and “Can’t stop picking stuff up.” You can tell that the game has a bit of humor regarding it’s own genre.

Overall, the game looks great and controls well. I would highly recommend it to anyone interested in action RPGs.