The official iOS release of Kickstarter-funded monster-training RPG- EvoCreo ($2.99) from brand new development company Ilmfinity LLC has finally come to pass. The game features a world that fans of a certain wildly popular Nintendo game will jive with pretty quickly. From its patches of vigorously shaking bushes to the impromptu destruction of random children’s precious pets, EvoCreo might leave you feeling a little nostalgic.

The project has been a dream in the making for this small team of developers since the beginning of 2012. The project blossomed into something more awesome and more complicated than lead designer- Ebrahim Behbahani had envisioned during the planning stages way back in 2011. The final release has 130 monsters with at least one content update planned and more updates possible; and has been ported to OUYA (out now), iOS (out now) and Android (coming soon) with plans to implement and perfect online multiplayer features very soon. 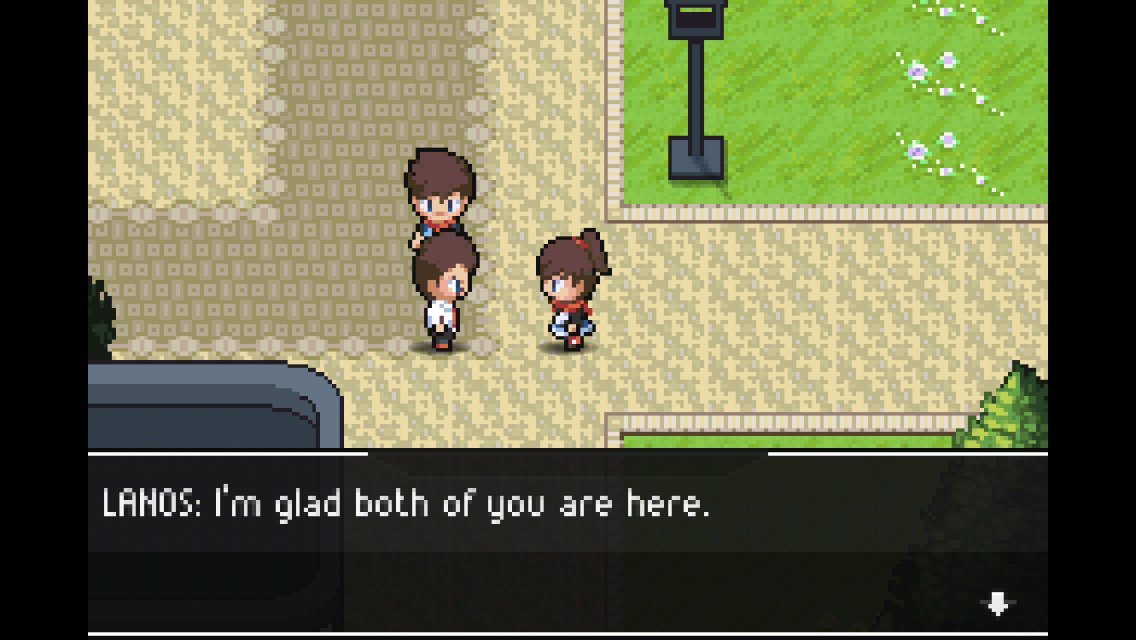 EvoCreo has in-app purchases, but they are not at all vital to gameplay just a nice nod to the developers if you end up having fun hanging out in the neat little world they designed for you. The main currency that you can buy with real money is Gems (although they are also found throughout the game) and they are used to purchase customized characters and summoning better quality monster- shaped gladiators. 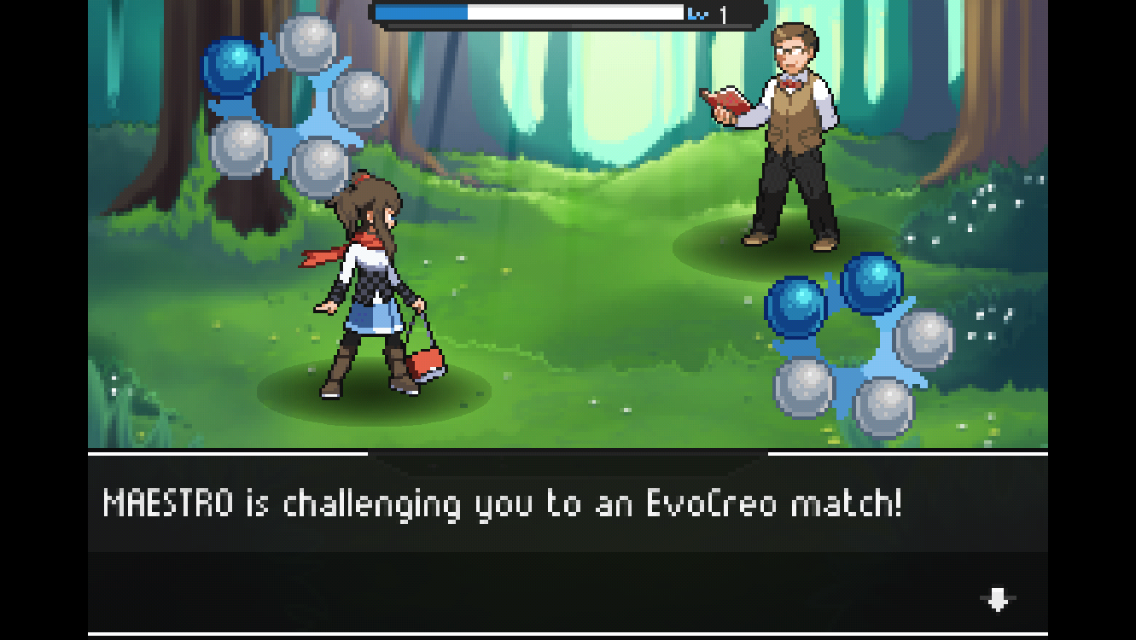 The game starts off by letting you know that you are a daring and precocious youth, whose father has wandered off and it is up to you to collect him. But wait! It’s dangerous to go alone! You will get a choice between three pets (Creos) to adopt and drag along behind you. Each Creo will have the same total number of stat points, but the way the points are spread out will vary based on the type of Creo. These creatures also have the strange and magical ability to evolve into a way cooler version of its adorable baby version. So, there you are: some kid who was suddenly thrust into this life changing and dangerous task because your dad just can’t seem to stay out of trouble. You go see your mom and she is pretty much pushing you out the door, so it’s either relatively safe out there in the wild or you are a crappy kid and she never liked you anyway.You wander into the meadows of Zenith and learn your lessons the hard way, because winners don’t need tutorials.

After putting a few hours into the game, I am hesitant to slap too many comparisons on it. Can I compare it to Pokemon? Sure! If you are sad about not having an easily accessible Nintendo emulator on iOS and dearly miss your 90s-style pixelated Pokemon, give this game a shot. But don’t expect it to be an exact facsimile right off the bat. Basic gameplay is similar: you walk through grassy and rocky landscapes, have random encounters with Creos, meet and fight fellow Evokers, and battle at arenas for cash and glory. It is the Creos, themselves, that are the difference. You are a pioneer here in Zenith. The monsters are strange; the battles are strange; nothing is shiny. Open-minded pre-X & Y fans will have no problem acclimating, while close-minded, Pokemon-haters shouldn’t even be allowed near technology. 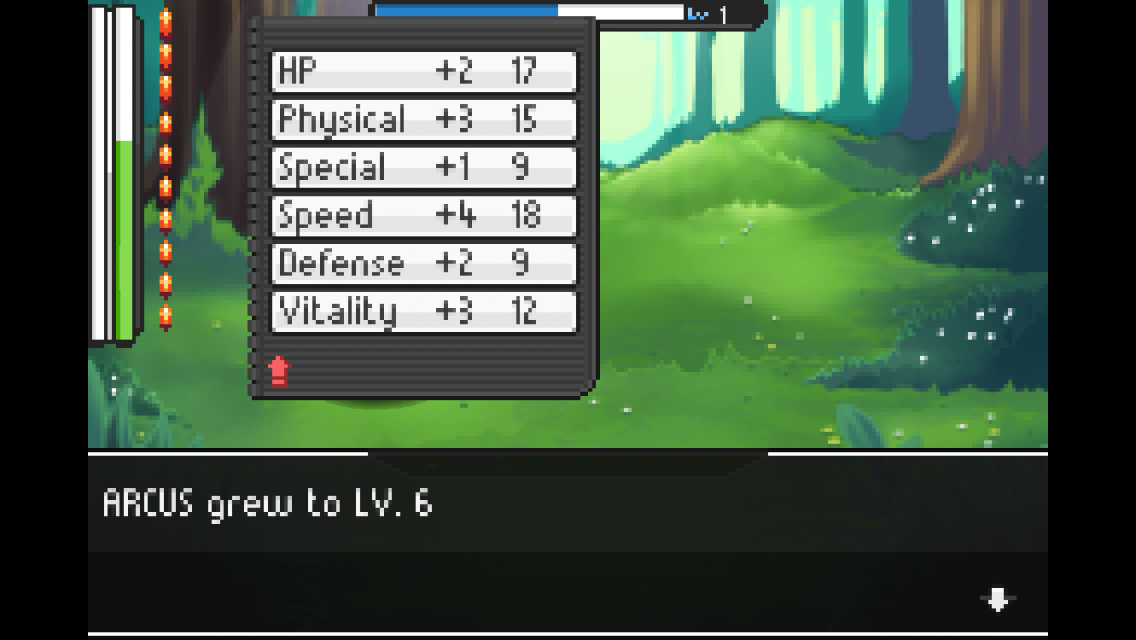 If you’ve invested the last several months of your life into playing Micromon, you might not be pleased with what you find here. Micromon is the X & Y while EvoCreo is the Diamond & Pearl. It doesn’t have the tutorials, mini-quests and flashy graphics of Micromon. There is more of an open-world, helplessly lost feeling to EvoCreo. You’ll eventually find your way and feel like a freaking genius when you do, but this is a game that will take up a good 40 hours of your life, so be prepared to get turned around more than once.

There were only a handful of things that bothered me and they were mostly just a product of my Nintendo prejudice. The paths are rightfully set up in a bit of a maze, but I found pathfinding to be something of an estimation in EvoCreo. I miss my bottom screen town map dearly. Walking, itself, was its own unique challenge for me. I found that the foliage had large invisible borders that I smacked poor Evoker Mallary into like crazy. I hear from the TA Forum that there are some Creos suitable for riding, so maybe that will save the poor pixelated girl from a few concussions. I was pretty bummed that I couldn’t give my monsters any funny and slightly inappropriate nicknames. 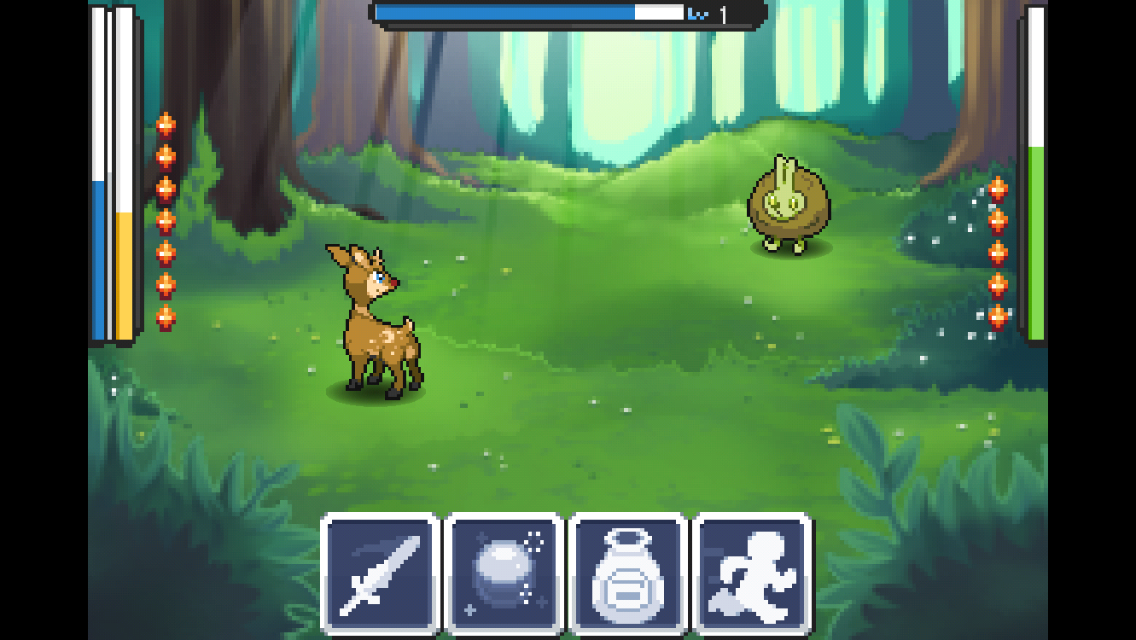 All of that being said, I really like the game. It has a few new release bumps still- my iPad Mini was pretty laggy, so I switched over to the iPhone 6, realized that Cloud saving wasn’t a thing (yet), started over and still had a few crashes. I did manage to name my sibling a boy’s name the second time around (girls get brothers and boys get sisters as it turns out), so mom was probably pretty happy not to have a son named “Kristina” anymore. Oh, and game offers a good selection of customizable options like an on-screen D-pad or Joystick, or Point and Click for movement; a few graphics options and the ability to turn off the awesome music. (Speaking of the music, the game’s soundtrack is brought to you by David Orr- the gentleman responsible for the equally fantastic soundtrack in Castle Crashers.) I am really enjoying it. I’m looking forward to the upcoming update and can’t wait to see what other mysteries will unfold.