I’ve got a confession to make: I take a perverse interest in trawling the App Store to find the most absurd reviews. It’s an unusual sport, I’ll grant you, and there certainly aren’t any winners. It started with Monument Valley ($3.99), or more specifically with its super-cheap but still-not-quite-free Forgotten Shores expansion, which some people were really mad about. That was when we all witnessed just how entitled, angry and vicious the gaming public could be. Now, granted, we knew that already, but this dark new era is marked by irked gamers’ realisation that they can actually harm a good game’s sales by overwhelming its App Store reviews with negative scores.

We’ve all been there at some point, eagerly diving in to a new game only to find that it won’t load, or it crashes, or there’s some huge showstopper of a bug. Thirty years ago I’d get home from school, dash up to my bedroom and set a game loading on my ZX Spectrum while I had dinner, knowing there was a very good chance that the 10-minute load from an audio cassette would fail right at the end (always at the end!) and I’d have to start it all over again. 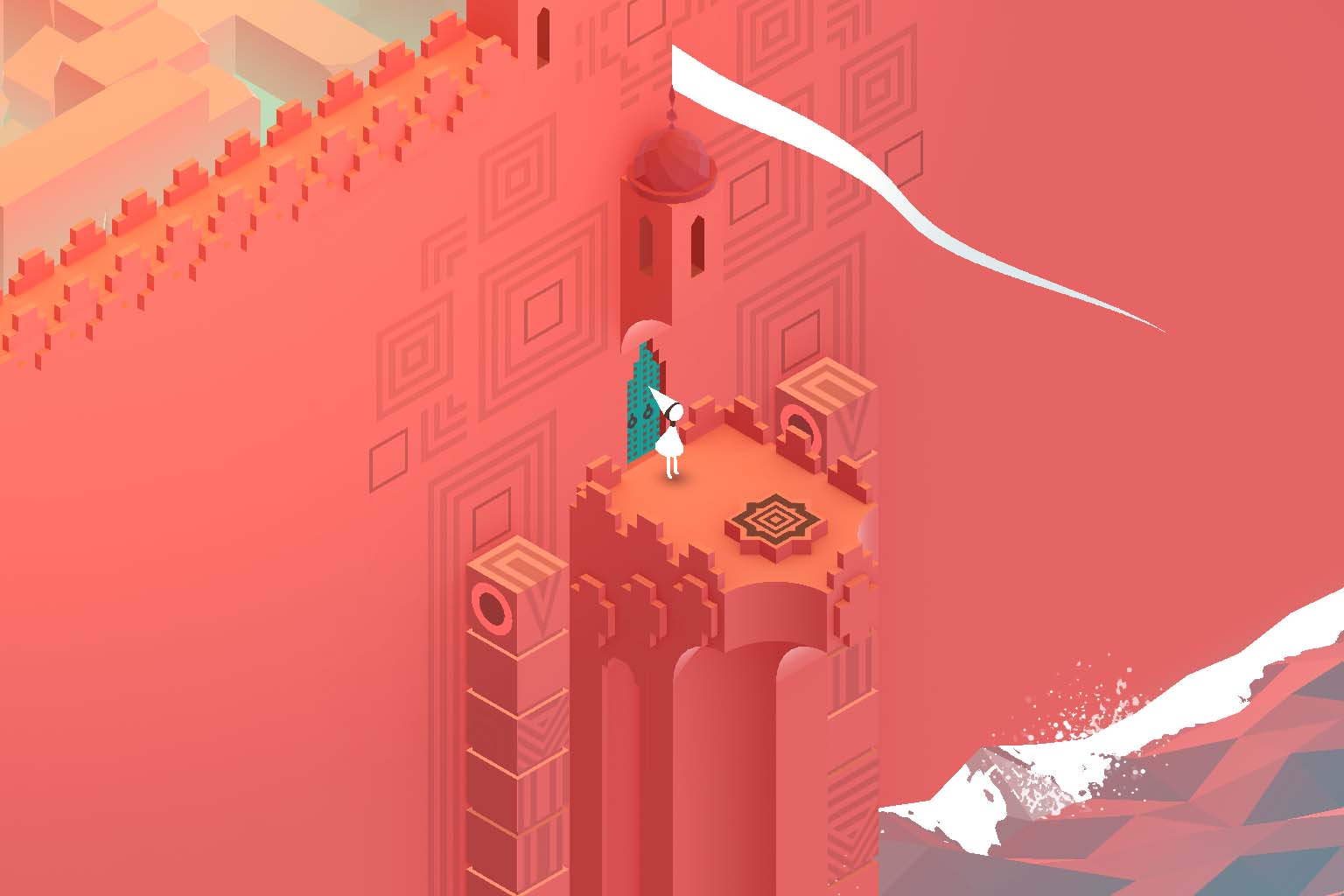 Nowadays, technology can deliver that bitter disappointment so much faster, but we also have more outlets for our seething rage. Facebook pages, blogs and forums are all common venting grounds for irate gamers. On iOS devices, people turn to the App Store, not just to report bugs but to warn other players, demand refunds, and take vengeance for the perceived evil of developers by dishing out one-star reviews. So for your entertainment, and perhaps to give some insight in to what developers have to put up with, here are some of the crazy complaints, outlandish allegations, and downright bizarre venom that has been written about the App Store’s most popular titles. Names have been withheld to protect the innocent, and by innocent we possibly mean stupid.

Let’s jump straight in to one of the world’s biggest games, Minecraft ($6.99). It’s probably fair to say that this world-crafting juggernaut appeals to the younger generation, who are perhaps more unforgiving when a game is less than perfect. That might explain the review from one crafter who says he has been playing for two years but has now decided it’s “not worth it" so awards the game one star. Also awarding a single star is the guy who says “it is good but should be free". You might expect a few stars from a review titled “Minecraft is epic" but no, that’s another one-star wonder, with a list of stuff that the reviewer thinks should be added before he’ll bump his rating. And two ladies on a shared account demand that horses should be added, then almost as an afterthought throw in a list of other animals that should be added too. Another one star.

Monument Valley isn’t just the poster child for beautiful tablet games, this much-loved puzzler is also infamous for the rake of angry one-star reviews it attracted after developers Ustwo decided to charge for the Forgotten Shores expansion. One person seems particularly mad about this, proclaiming that the expansion should have had “unlimited" levels, so he gets his revenge by giving away the ending of the game. Bizarrely he also declares: “It’s the best game I’ve played all year (apart from Candy Crush)" and awards four stars. Another person describes the game as “pointless", declares the $4 purchase price “extortionate", and says he’s glad he got it free on a Starbucks promotion “or else I would be beside myself with rage right now".

Seems quite a few people have gone back and 1 star reviewed Monument Valley upon update because the expansion was paid. This makes us sad.

It’s curiously common in reviews to see someone’s opinion polarise from love to hate in the space of a just a few words, such as one Monument Valley reviewer who says: “Cool game. I could play it all day long. Had it finished in 1 hour. 10 levels then you’ve gotta pay for more. Nah thanks. Complete rip off." Or the two-star reviewer who got the game on a 79p deal and concluded: “It’s a great game but not worth it." There seems to be a competition amongst the Monument Valley haters to claim absurdly short completion times, varying from an hour down to 40 minutes, 30 minutes, 15 minutes, and several even claiming that the title only has 5 minutes of gameplay. One suggested the game would be “good for the simple minded". Another said he got nearly a week of play time but still decrees the game “too easy" and hits it with a two-star rating. 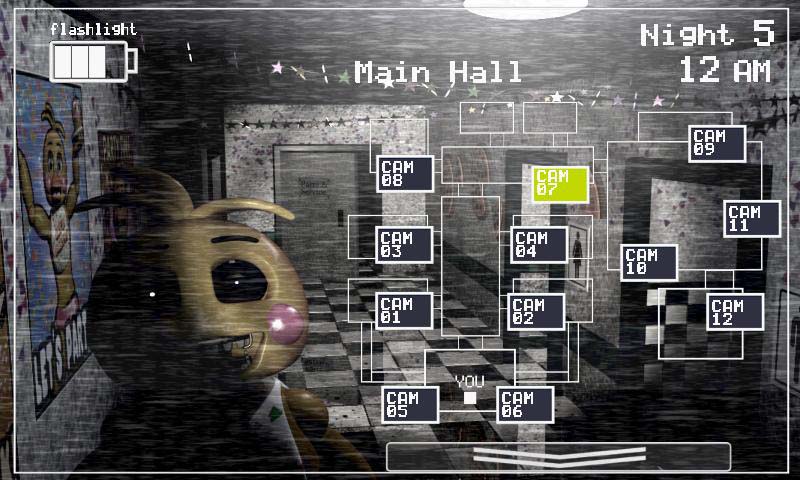 Five Nights at Freddy’s ($2.99) (pictured above), the horror franchise that has just been snapped up by Warner Bros for the big screen treatment, does admittedly leave a lot of people scratching their heads at its runaway popularity. But amongst all the five-star reviews are some bonkers gems such as the guy who gives it one star because Freddy’s bow tie is blue instead of gold. Another, awarding two stars, complains about the horror game: “It isn’t bad, it’s just very scary." She says that she had to stop playing after five minutes, and that the experience kept her up all night. And one impressive display of self-defeating fury comes from the one-star guy who warns, perhaps tongue-in-cheek: “If you don’t give me a refund I will break my device like a madman."

Leo’s Fortune ($4.99) (pictured below) could never be faulted for its gorgeous graphics or its simple, intuitive, easy-going gameplay, but that doesn’t stop a few nuggets of crazy hitting its App Store page. One girl finds the game too challenging because “I’m not the most coordinated person" and dying repeatedly “results in bad language". Yes, that justifies her one-star rating. Another reviewer awards one star because, although he admits the game is “pretty good", he pressed so hard on the screen while playing it that he broke his iPad. And from the make-your-mind-up camp comes the classic: “This is a must buy! It’s longer than you think and I would highly recommend it!" But the reviewer then gives the game two stars as there are “not enough levels". 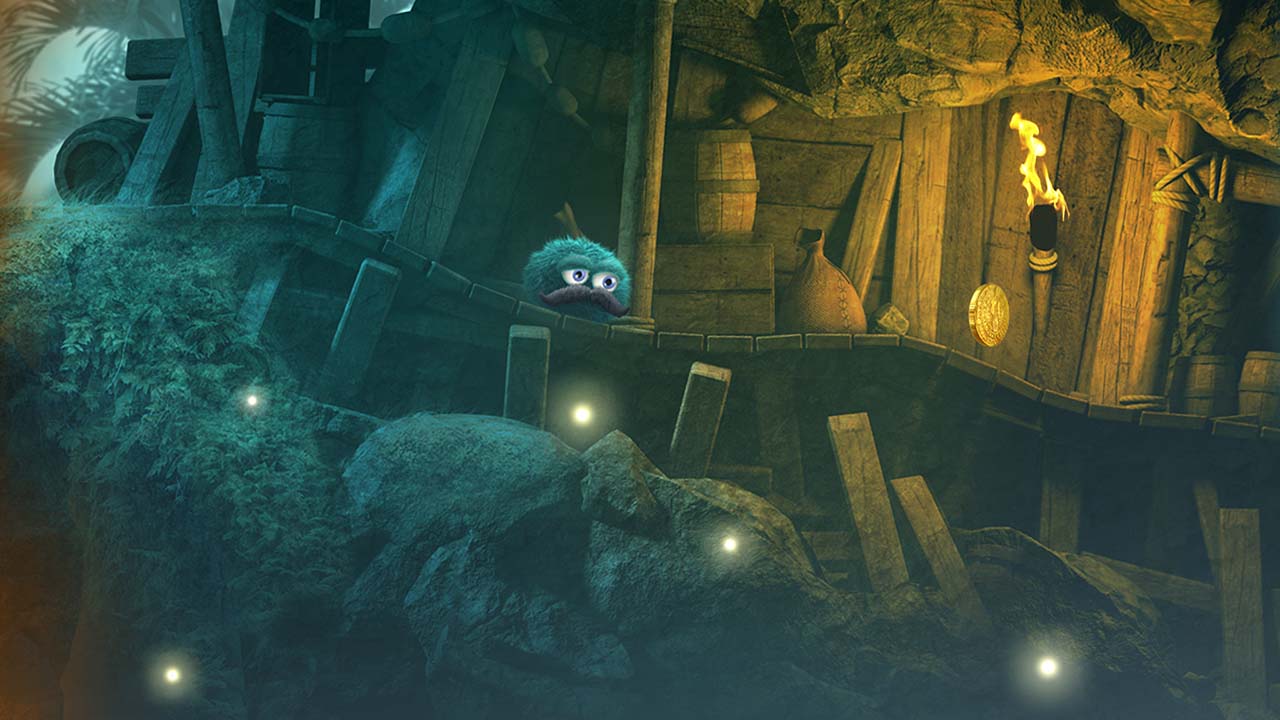 Almost every game attracts at least one zany review, most of which seem to have their roots in some sort of paranoia or confusion, as if people believe that developers are just out to rip people off.

One person reviewing Call of Duty: Strike Team ($6.99) complains that it’s a scam, existing only to con people, and he threatens portentously: “I will get my money back, mark my words!!!!" A man reviewing Monopoly ($0.99) gives it one star because it “ruined my wife’s Christmas present", while another gives the game one star because after downloading it he couldn’t find the icon on his iPad. One reviewer of Earn to Die 2 ($0.99) criticises it for being a little too good: “I personally do not like quality over quantity."

Tiny Wings ($1.99) gets a three-star review from one persistent gamer who has been stuck on the same level for two years. Meanwhile another player gives it the full five stars based on it not draining his phone’s battery too much. Someone who found Rules! ($2.99) too repetitive ruminates philosophically that “one is forced to question what one is doing with one’s life".

The entirety of one review of Geometry Dash ($1.99) reads: “Amazing. This game is so so so so so cool!!!!!!" But the reviewer only gives it one star. Another player gives the same game one star, warning: “It takes money off you. Don’t download unless you want over 1m on your bill." Someone isn’t quite happy with Goat Simulator ($6.99), and despite giving it four stars, fires a fairly specific salvo of suggestions at the developers: “Make family homes with children, a school, painted cars, buses, a bus shelter, a car dealership and some more things in the hotel." And in amongst dozens of five-star reviews for the iPhone 6 update of Sonic the Hedgehog (Free), one reviewer says he can’t see any difference, declares the developers “liars" and hits them with the sucker punch of a one-star rating.

So now it’s over to you, dear reader. Those were some choice examples from the upper reaches of the App Store charts, but what other words of non-wisdom have you spotted amongst reviews of other games? And if you’re a developer, feel free to chime in with examples of daft reviews of your own games.