There’s something about girls with pet dragons. I think we can all agree on that. But while Daenerys Targaryen in Game of Thrones (Free) uses her scaly babies for intimidation, airborne immolation and other miscellaneous conquering duties, the princess in Dragon Hills ($2.99) uses hers strictly for vengeance. Leave the fair maiden alone and she’ll not trouble you. But lock her up in a tower and she’ll summon forth her fiery steed and hunt you down, wreaking all manner of chaos and destruction in the process.

Dragon Hills is the latest offering from Polish developer Cezary Rajkowski, who publishes under the name Rebel Twins. A couple of Cezary’s previous offerings, Daddy Was A Thief ($1.99) and Aliens Drive Me Crazy (Free), have been well-received here on TouchArcade, noted as being simple and enjoyable time-wasters. Dragon Hills isn’t breaking any new ground. 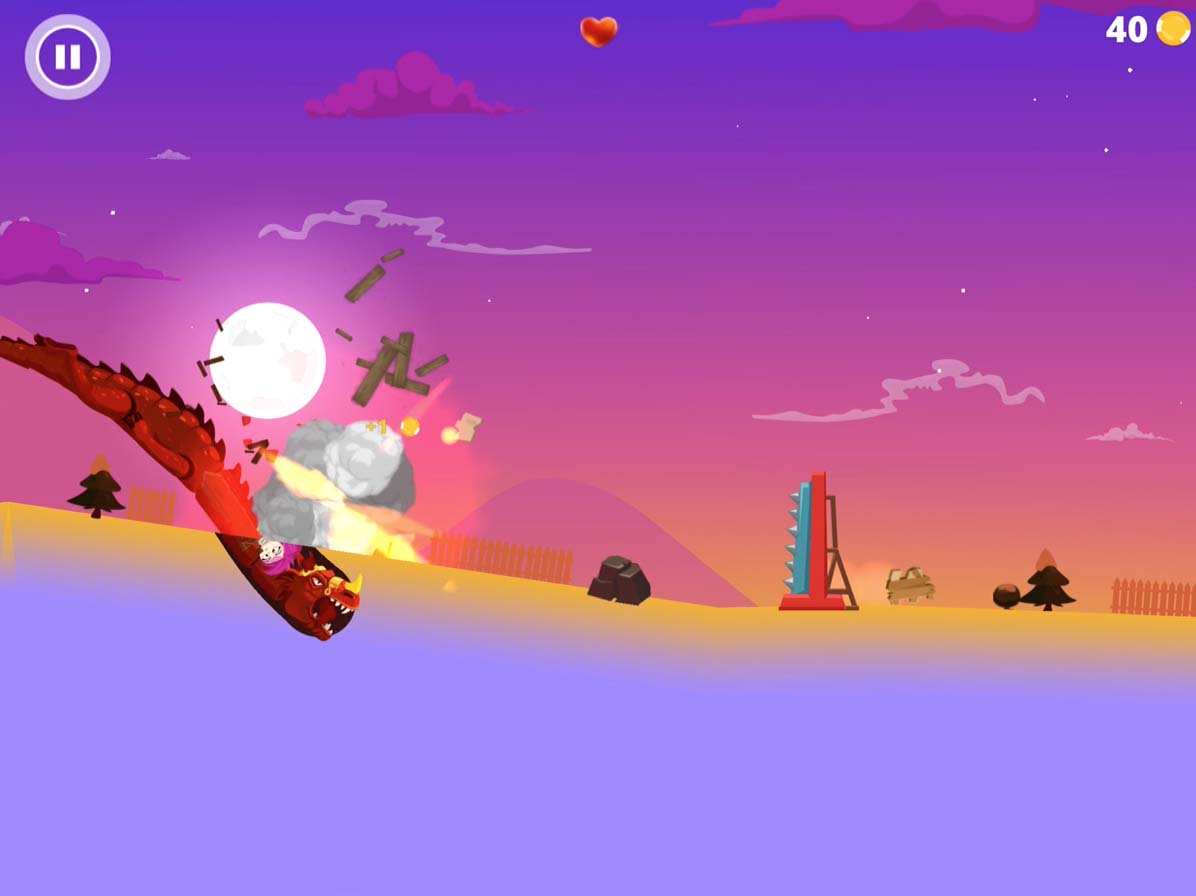 You join the action as Princess Mia escapes from the fairy tale tower where she was being held captive. You barely have time to question the logic of incarcerating her loyal dragon Red Thunder in the same flimsy prison, before you must take the reins of our flame-grilling friend, commanding him when to burrow underground and when to surface again. It’s easy to make gameplay comparisons with mobile classic Super Mega Worm ($1.99), although that game used virtual buttons whereas Dragon Hills wisely keeps its controls super-simple: Tap and hold to dive, and then release to surface, which happens with a spectacular dolphin-style flourish, a rainbow of dragon arcing over the terrified villagers below.

As much as Dragon Hills is presented as an action game, with talk of “furious gameplay" and “epic boss battles", this is essentially a runner. The usual runner mechanics are mixed up a bit as you dive to avoid armed soldiers that can peck away at your health, and you soar through the air to collect coins, but really you’re just trying to survive for as long as you can. You can be killed outright by colliding with lava pools (aren’t dragons invulnerable to fire?) or impaling yourself upon spiked defences that the villagers have set up. 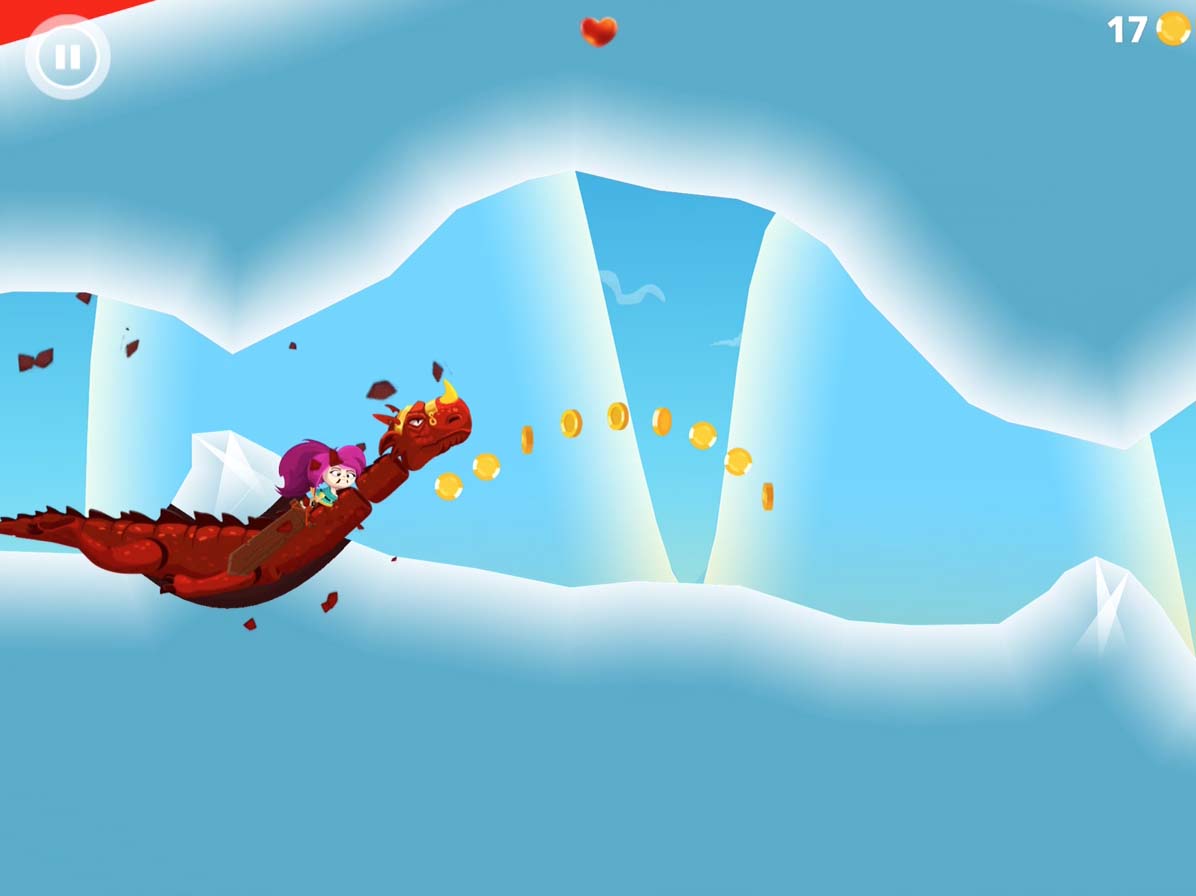 The greatest challenge in Dragon Hills comes not from dying, but from coin collecting. You have to dive down just far enough that you’ll re-surface at the correct angle to fly through the line of coins. But this is a very fast-moving game, and by the time I saw coins appearing on the screen I barely had time to dive at all, never mind diving for long enough to build up some momentum when I surfaced. Coins that you do manage to collect can be used to pay for upgrades, such as armor, power-ups, and other dragons with special abilities.

Graphics are bright and colourful, accompanied by a suitably heroic soundtrack. Each time you play and make a little more progress, there are new landscapes, buildings, enemies, and even weather conditions to discover. There’s Game Center achievements to unlock and a few leaderboards so you can compete with your friends for highest score, longest distance or highest level achieved. Special mention must go to how smooth the game is. Because of the flowing nature of the diving and soaring, it would kill the gameplay if there were any frame rate issues. Playing it on an iPad Mini 2 and an iPhone 6 Plus, it never slows down or misses a beat.

Dragon Hills takes the core idea of flying a dragon, strips it down to its absolute basics, and goes wild. It’s a game that you play solely for the joy of movement. One second you’re charging along the ground, head-butting houses like they’re made of balsa wood and fairy dust, then you’re diving deep underground before you race back to the surface and glide elegantly in to the sky. There probably isn’t a great deal of longevity here, but Dragon Hills is a fun toy to tinker with for a couple of hours and, for some, that’s what mobile gaming is all about.