A couple weeks ago now we posted about Hearthstone (Free) fanatics data mining the recent update to the Mac/PC game which revealed all sorts of curious text surrounding the game being playable on the iPhone and free prize packs for trying it out on the iPhone client. We speculated April 9th as a release date for the iPhone update, which has come and gone, but things have gotten far more interesting this morning.

Hearthstone Build 8416 was recently released for the Mac/PC and again, it’s been datamined by the guys at Hearthhead. Things they found include even more text strings that have to do with phones, i.e. “GLUE_MY_COLLECTION_PHONE", and some actual iPhone-sized game textures: 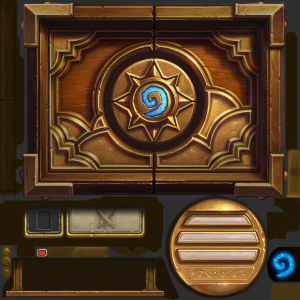 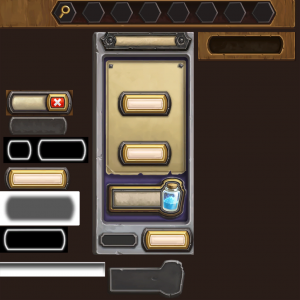 Hearthhead has a few more textures as well, but those are the more interesting ones. The inclusion of mobile-sized textures in the main branch of the game seems to indicate that we won’t be getting a Hearthstone Pocket (or whatever they’d call an individual iPhone-specific release) and instead should expect a universal update. It doesn’t make a whole lot of sense for them to split it up, particularly if the full PC/Mac client is rolling all this together.

Either way, we should find out how this all plays out soon. With textures in game, it seems like all the pieces are there, now… We just need Blizzard to throw the switch and make it available.