One of the best parts of a game getting as huge as Hearthstone (Free) is people feverishly data mining update files. If you’re new to Blizzard patch data mining, in a supreme, over-simplified, nutshell it means people dig through the game’s files looking for anything new that wasn’t in the old version. Graphical assets, sound files, text strings, and other things like that are all revealed by Hearthpwn as the patch hit the PC/Mac client this afternoon.

Of particular note is a series of text strings found in the game that pertain to the game being playable on the iPhone. Specifically, there’s an achievement for playing the game on an iPhone which rewards one expert card pack. Additionally, another text string reveals the device requirements: “Sorry, Hearthstone requires an iPhone 4s or iPod Touch 5 or later." 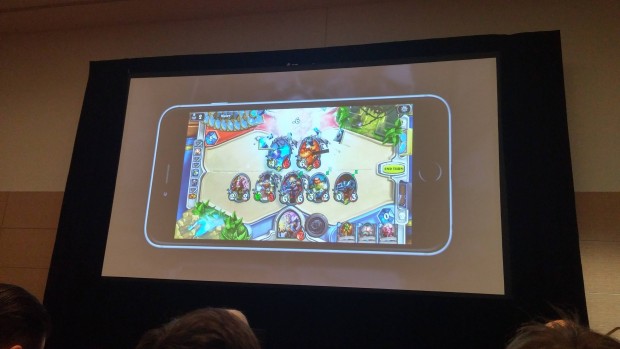 Now, before you go accusing us of reading internet tea leaves here, consider this- Goblins vs Gnomes was data mined in the same way which revealed the Android version of Hearthstone. Goblins vs Gnomes launched a few days later on December 8th, then the Android version of Hearthstone was released a week later on the 15th. Following this same timing, Hearthstone will be released on the iPhone on April 9th. Or, it could go live this week on the 2nd. Either way, it’s definitely happening inside the next two weeks.