With Avengers: Age of Ultron releasing in theaters on May 1st, we can expect plenty of Marvel and Avengers-themed games to be hitting the App Store. Here’s one that’s not another action-RPG! Zen Studios is putting out a new Age of Ultron table in Zen Pinball during the week of April 21st, and as you’ve come to expect from the multiplatform pinball table developers, they are releasing it for mobile as well as every other gaming platform under the sun. 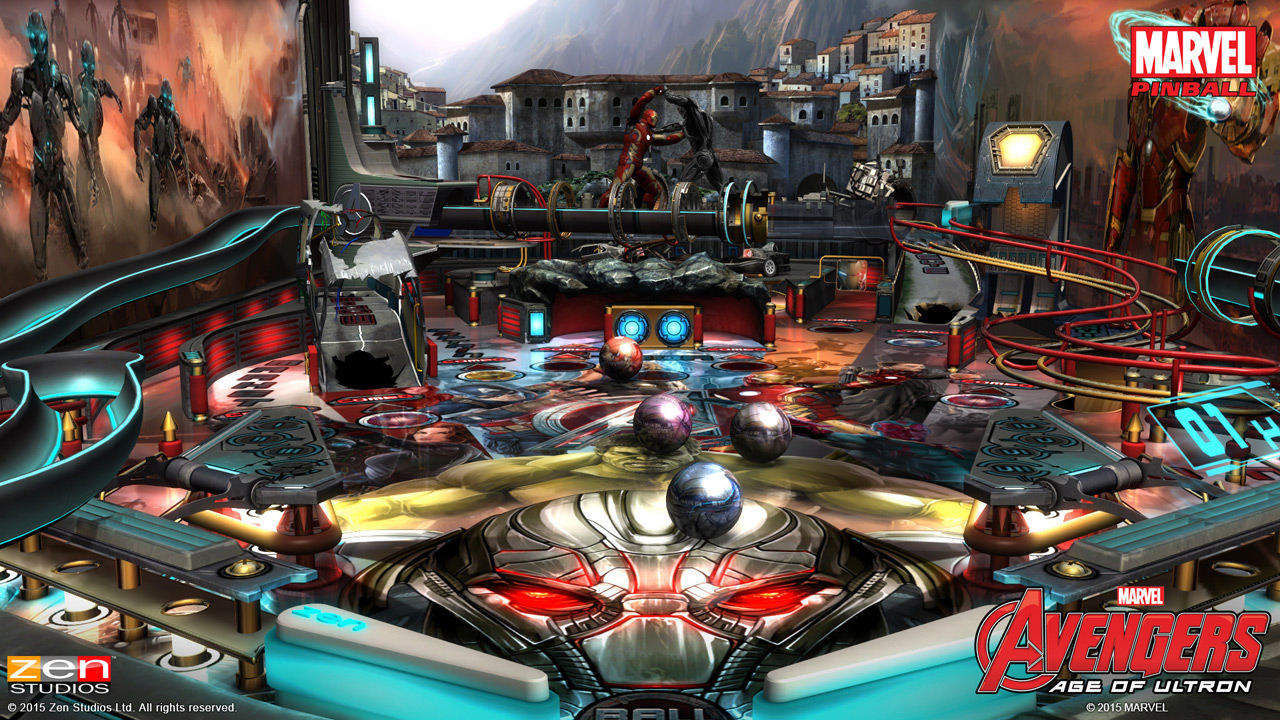 Each Avenger will have a special game mode on the table, including an Iron Man vs. Ultron fight, and a sharpshooting minigame for Hawkeye. Definitely expect this one to hit the Zen Pinball (Free) app and likely Marvel Pinball ($0.99) in a couple of weeks around when it releases on other platforms – Thursday, April 23rd, most likely. And if you’re hoping to get some spoilers from this pinball table, too bad. Zen Studios says in their announcement that they worked with Marvel on the table and specifically tried to avoid them. Sorry, you’ll have to wait like a week and a half to find out what happens in the movie!