Knights and Snails (Free) is a game that should have an identity crisis. It feels like it should be a multiplayer CCG-type title, with strategic battles. Instead it decides to structure itself more like a match-3 game with dozens of levels to play, and the trappings of something like Candy Crush Saga. (Free) I’m baffled by it, because the core gameplay concept is so interesting, but it just goes in such a weird and ill-fated direction. 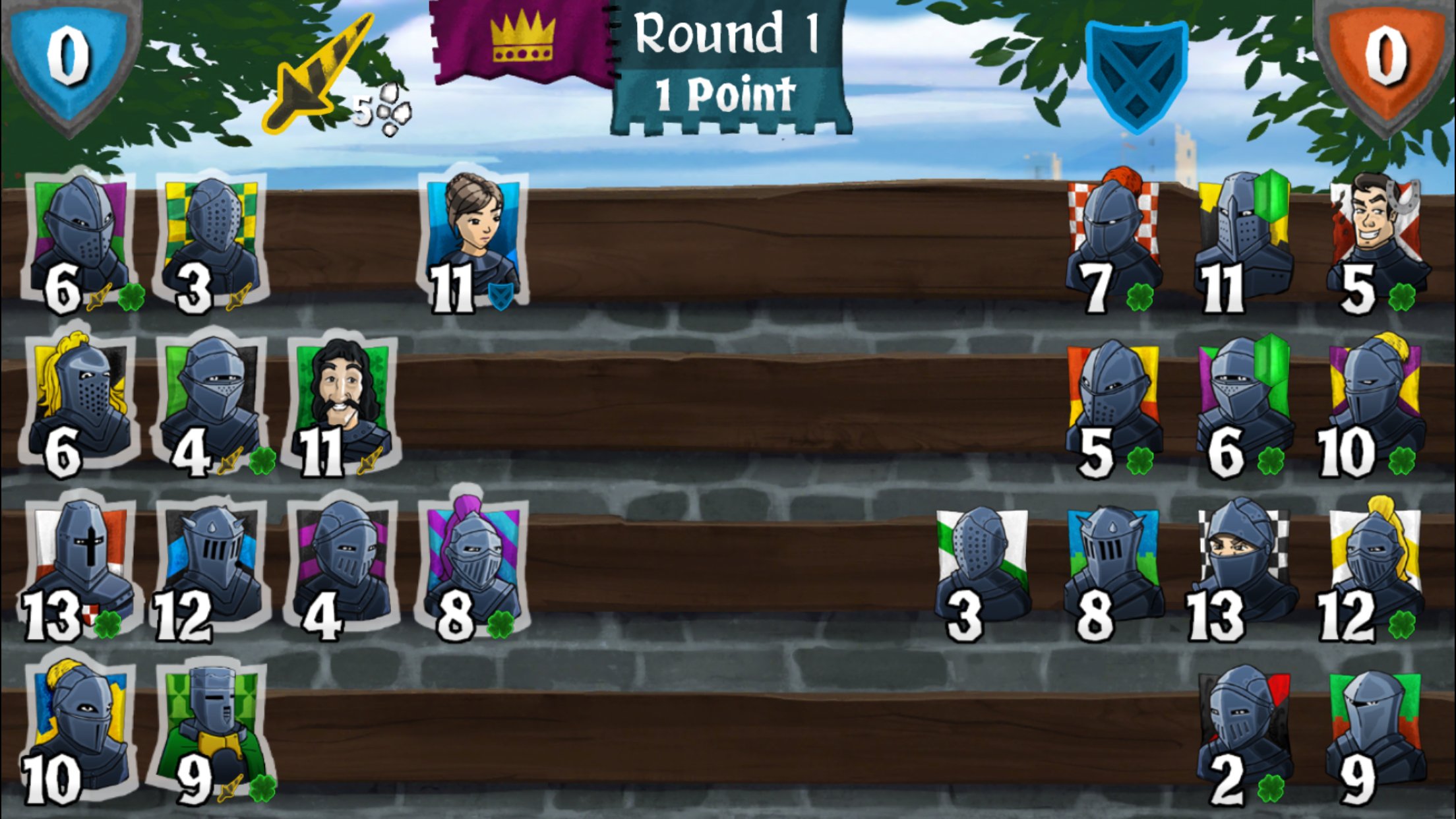 So, the game isn’t that easy to understand without playing it, and this is where I recommend playing it. This isn’t just to get a feel for the game, but also because I think it’s a fascinating concept. You have a team of 12 knights going up against a team of 12 other knights, each with a set of stats and buffs. The player with imitative chooses a knight and the opponent chooses a knight in that same row, then they joust at each other, with the higher power level winning. A minigame where you have to match an arrow in a timing bar as close to the thin green line as possible to do more damage will affect those power levels. Do more damage, and you get points, which is variable based on the rules of the match. Have more points at the end of the match, and you win. Those are the basics, but there are all sorts of crazy points variations that make some rounds more valuable, and the knights all have different sorts of stat variations. There are plenty of aspects that can make even a low-ranked knight dangerous in the right circumstances. It’s a deep game, despite its colorful exterior.

There’s a lot of things in Knights and Snails that can sneak up on you if you’re not paying attention. The numbers that define each of the units don’t tell the whole story, as a unit might have high defense or a higher attack score than their low number would indicates. So, you’re best off checking just what exactly the opposing unit’s stats are before each round. You will often wander into a rougher situation than you think with a matchup against a 2 or 3 score unit. Just be smart and don’t try to play at a too-fast pace. But it does speak to just how esoteric things can be – it’s not necessarily the easiest game to just jump into and play, because there’s a lot going on that you might not even be aware of. Some of it is just randomness, some of it is having things like the powerups on the left side of the screen that you need to be aware of. 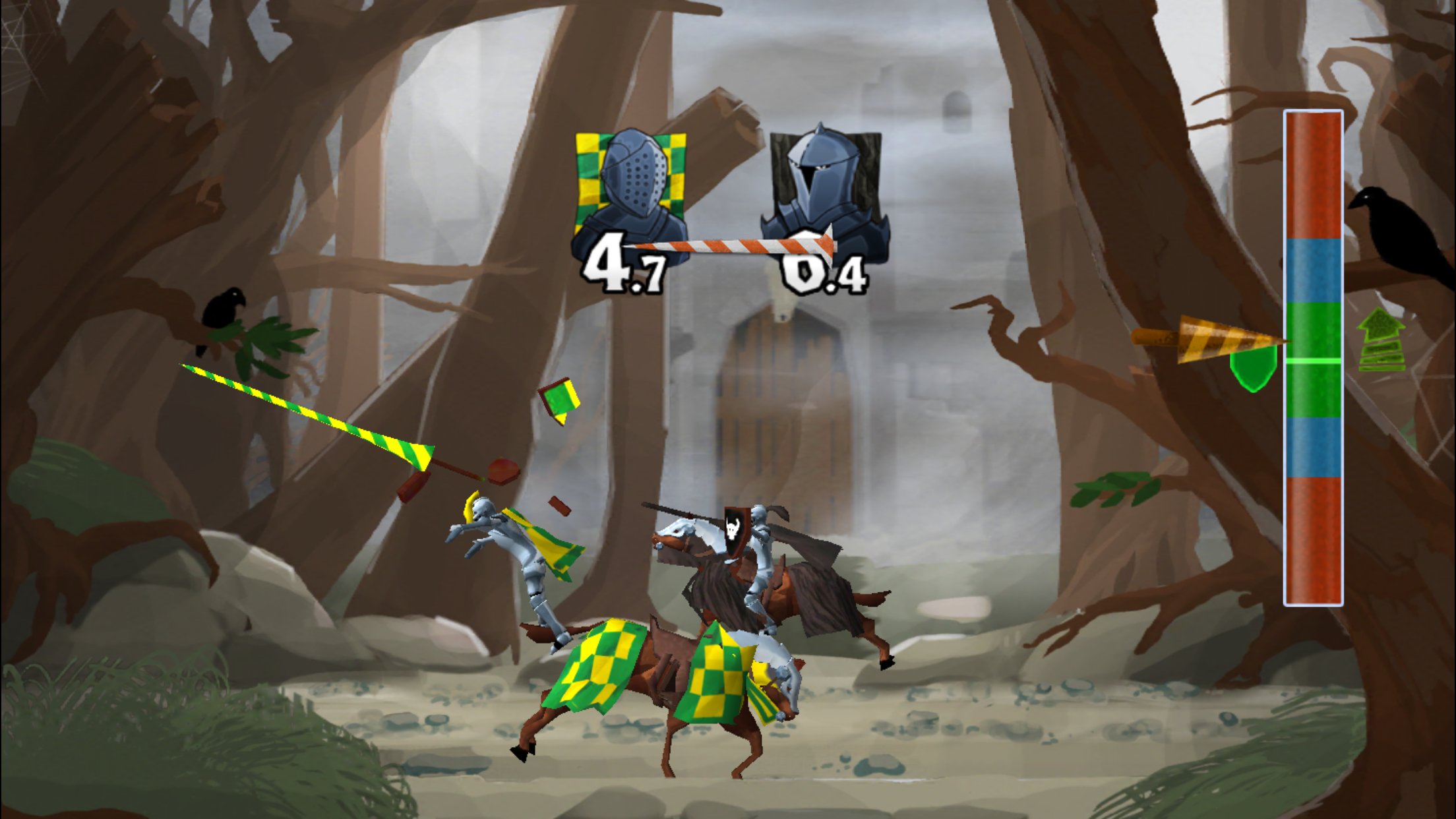 Chaos is everywhere in Knights and Snails. Sometimes strategy gets thrown out the window when you’re just dealing with things like this. I think that if you’re a perfectionist, Knights and Snails is not the game for you. There are some battles that you just can’t win. There is still some fun strategy to play with, though. Going after attacks on empty rows can be valuable, as they weaken enemy units, is a powerful strategy. But it’s also risky as you give up some form of control over who you attack. Plus, any sort of imbalance means that there’s just more risk and reward to contend with.

I do find myself concerned with the use of gems in Knights and Snails. It’s the one currency, but it’s pretty much a hard currency. You can buy a knight of various qualities through a card-pack-like system. The main way of spending gems is through plentiful amounts of little boosts you can buy for an advantage here and there. You can buy a starter pack for $3.99 which allows you to get a bunch more of the hard currency and two extra moves of the knights between rows. It’s kind of rough to offer a major strategic advantage as a pay-to-unlock feature, but it’s not the worst thing in the world. You do get your money’s worth out of that purchase, but you’ll find your gems slowly draining over time, rather than emptying them in big batches. 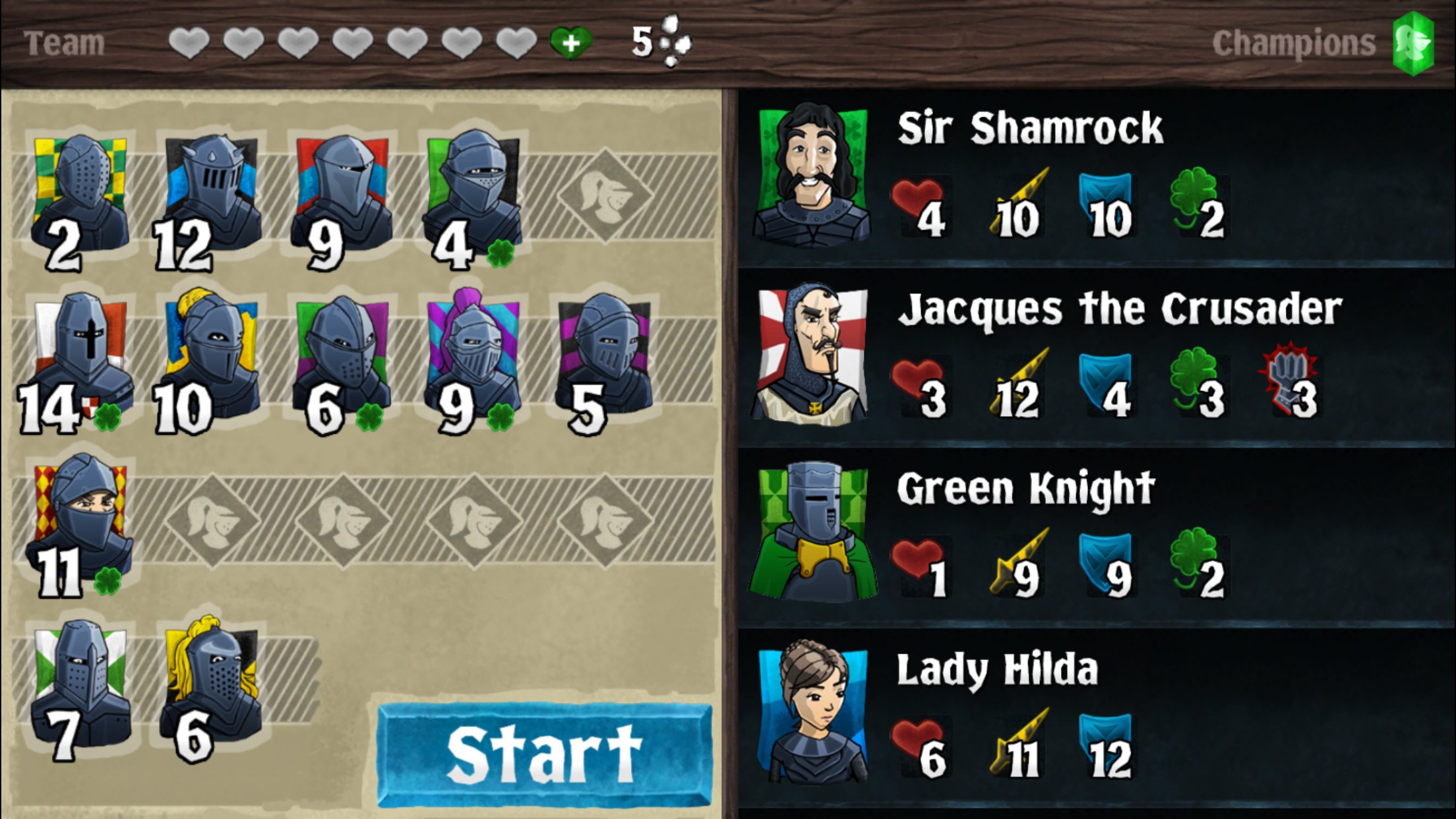 It’s definitely an unorthodox way to approach free-to-play monetization. You can pay a little to get a lot. At least the energy system is set up in such a way that you only lose a life when you lose a match, rather than spending one for each play. This is a system I much prefer to straight-up energy system per match played. There is an energy system for the special knights, where they use more hearts after you play them in a match. This winds up being as much a strategic decision as a way to make money through spending currency for the developers. The ability to buy boosts in matches and also better knights means that matches aren’t entirely strategic.

I wonder if there was a better game to make here. A game more akin to a deck-building CCG, perhaps with certain tiers of cards that you can use as your knights, could be a better game. Knights and Snails goes too much for Candy Crush Saga and not enough for Hearthstone (Free). There’s no reason why this couldn’t be multiplayer-focused, as it’d be fun to take on other people, instead of having to battle against escalating CPUs. It’d be great to plan with a deck of my own choosing without worrying about hearts, or whatever other systems are in play. And the tension of matches would be so much greater with games against opponents on the line.

So, I think Knights and Snails is an interesting game, but one that perhaps should have taken a different approach. This could be a unique collecting-and-battling game, and instead it exists a singleplayer-focused experience, trying to monetize through little advantages here and there. It’s the wrong strategy for this game, and while the core game isn’t bad, I’d love to see the developers regroup and try this one again. They have interesting gameplay, but they haven’t found what makes the game as a whole interesting yet.