While part of Retro Dreamer is working on their desktop game Monsters and Monocles, Gavin Bowman of the long-time iOS developer has been keeping the mobile side of things ticking for the three-person team, with games like the amusing Cheesy Munch (Free) being cranked out by him. One of the games he’s been working on is SBACEBALL, which has been playable online in an early version, but now it’s coming to iOS soon. The game is very simple: you try to hit a baseball that drops down from above, and have to time it so that it goes through one of three rings on the right side. Hitting it straight is easy; the timing to get it above or below is not.

SBACEBALL throws a number of wrenches at you, such as having a limited number of balls and needing to string together scores to get more, with chain bonuses, and non-ring targets to hit. UFOs will bounce balls back at you, so be quick and be ready! It’s a game where I really recommend playing that online version just to get a feel for it. Hitting a ball with the bat is so satisfying, thanks to the crack of the bat, and the feeling that you accomplished something when you hit the ball just the right way to score. Plus, the game looks simple but really sharp on the iPhone 6 Plus. 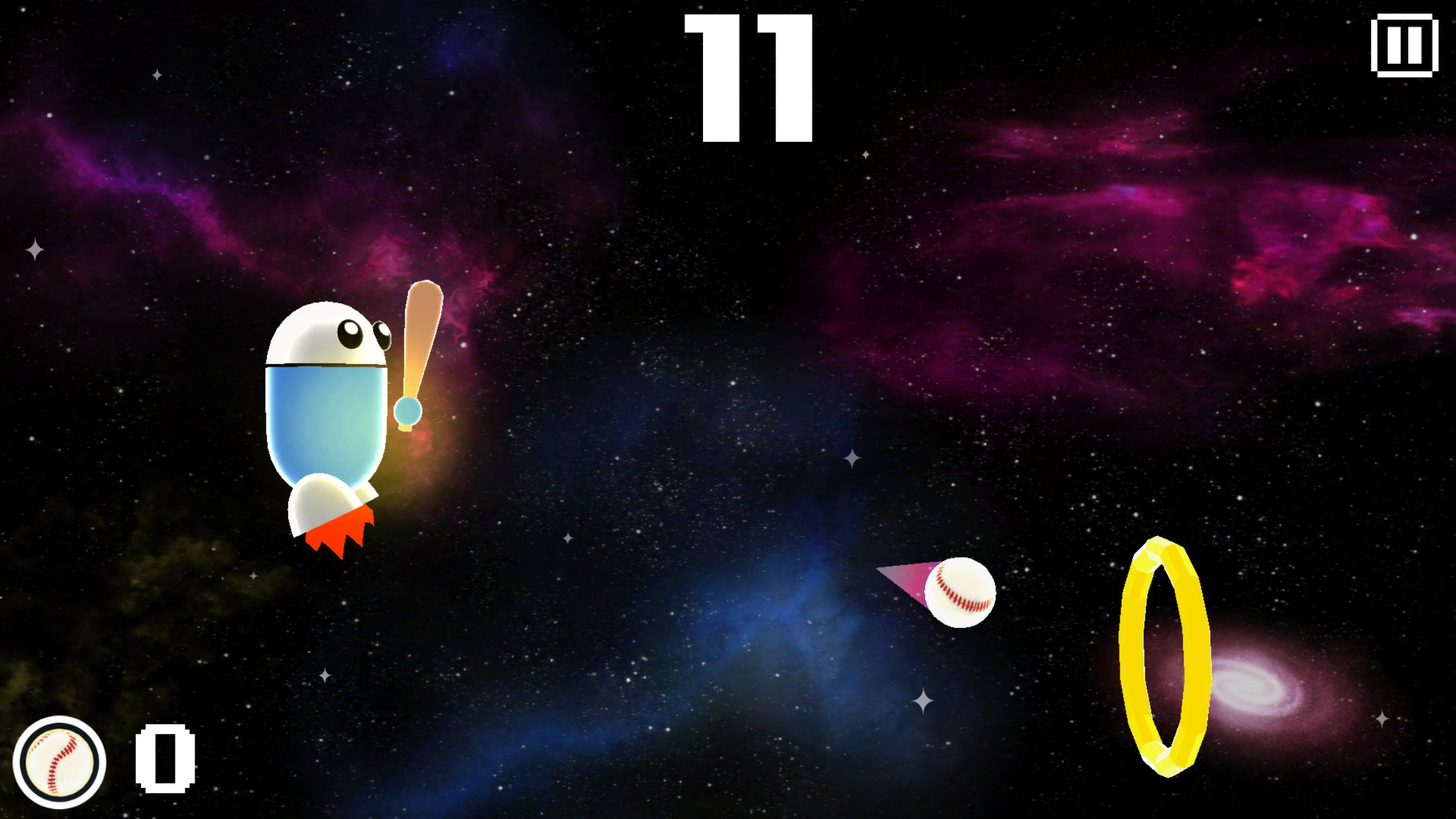 SBACEBALL has been submitted to Apple, so hopefully you’ll see this one soon. It’ll be free with the ability to watch a video ad to get five more balls. Along with this, there’s a pretty neat Centipede-style shooter that we should hopefully see next from Retro Dreamer that I’ve gotten to try, and it’s showing promise.