Touchscreens and Collectible Card Games (CCGs) have been enjoying a great relationship the last few years with the App Store featuring games like Might and Magic: Duels of Champions, Solforge, Magic: Duels of the Planeswalkers, and the current King of the Mountain, Blizzard’s Hearthstone. I’ve recently been playing a bit of Earthcore: Shattered Elements (Free), a new CCG by Polish Independent Developers Tequila Games currently in soft-launch, and I think it’s going to be an intriguing addition to iOS CCGs.

The mechanics of Earthcore deviate in interesting ways from those of most other CCGs on the App Store. The game’s cards are divided into four Elements – Earth, Fire, Water, and Dust – and the battles are built around a rock-paper-scissors mechanic where Earth beats Water, Water beats Fire, Fire beats Earth, and Dust gets the short end of the stick and gets beaten by all the rest. Many cards have additional skills that allow players to do fun things like changing a card’s Element, shifting a card’s position, etc. There are also Hero cards that can have up to 3 Skills and enable more intricate strategies. 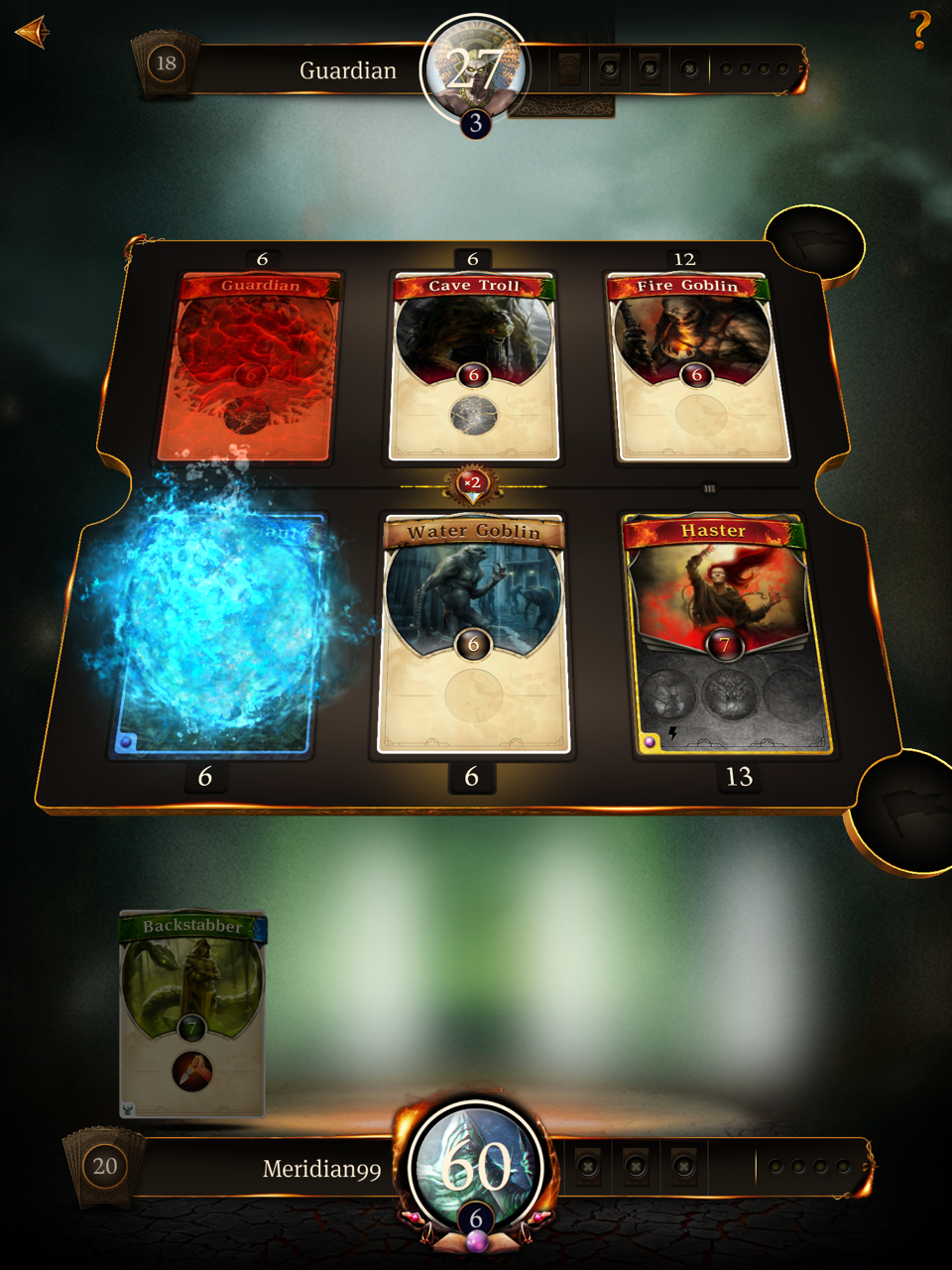 As a typical lane-based card game, the game’s battles take place along three lanes with each card fighting with the card on the opposite side of its lane. In the middle lane there’s a 2x multiplier that gives bonus damage to one of the two players on each turn, making the middle lane especially important for timing card placement and strategies.

When it comes to the actual card-battling mechanics, Tequila Games is trying something innovative. The developers have dropped the attack/defense/cost CCG formula and, instead, designed cards with only one number on them, Risk. Risk adds an additional, and very interesting, layer of decision-making that had me thinking in a very different way than I usually do when I play a CCG. 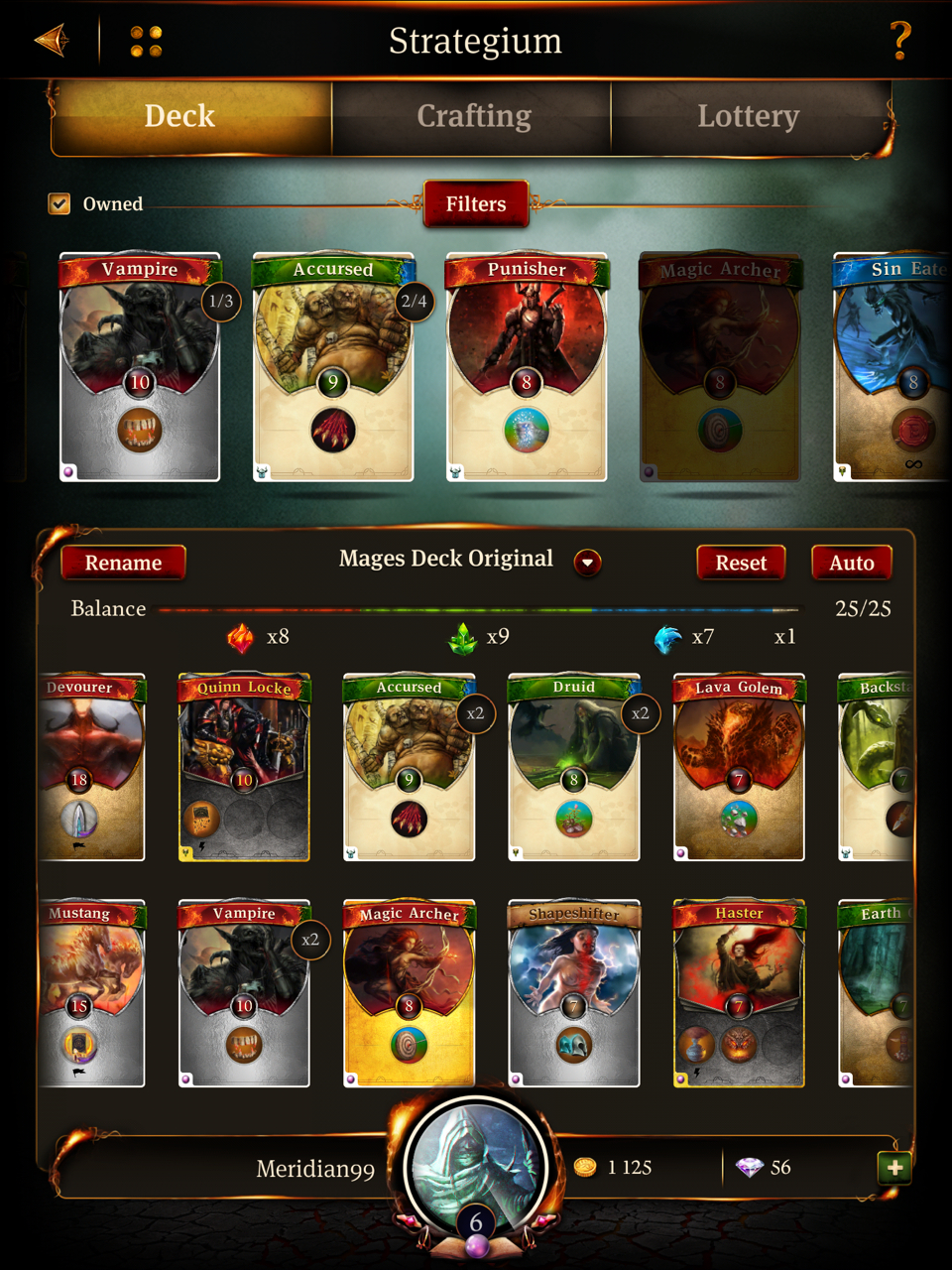 For example, imagine I play a Water card with a Risk value of 3 and no extra skills and my opponent a Fire card with a Risk value of 20 that has all kinds of extra skills. Since Water beats Fire, my puny little card that I played at the right moment wins the duel and my opponent receives 20 HP damage, equal to the Risk value of his card rather than mine. So, while other CCGs encourage players to value their stronger, more expensive cards over their weaker ones, Earthcore‘s Risk mechanic makes weak cards both playable and, sometimes, preferable, as long as you can strategize correctly to neutralize the skills of cards with higher Risk values. Another fun part of Earthcore is that players can craft their own Hero cards by choosing three skills from a huge pool and crafting them into a single Hero card. Imagine all the synergies you can come up with, all wrapped up in a single card.

The game offers plenty of modes, such as Ranked and Casual PVP, and also offers a huge Campaign built around a mix of fantasy tropes and, surprisingly, Lovecraftian themes. Campaigns in CCGs often tire me because they lack originality and coherence, but Earthcore’s campaign is promising so far. The art is also stunning, especially because of all the special effects that create a subtly-animated ornamentation that makes the game come to life. 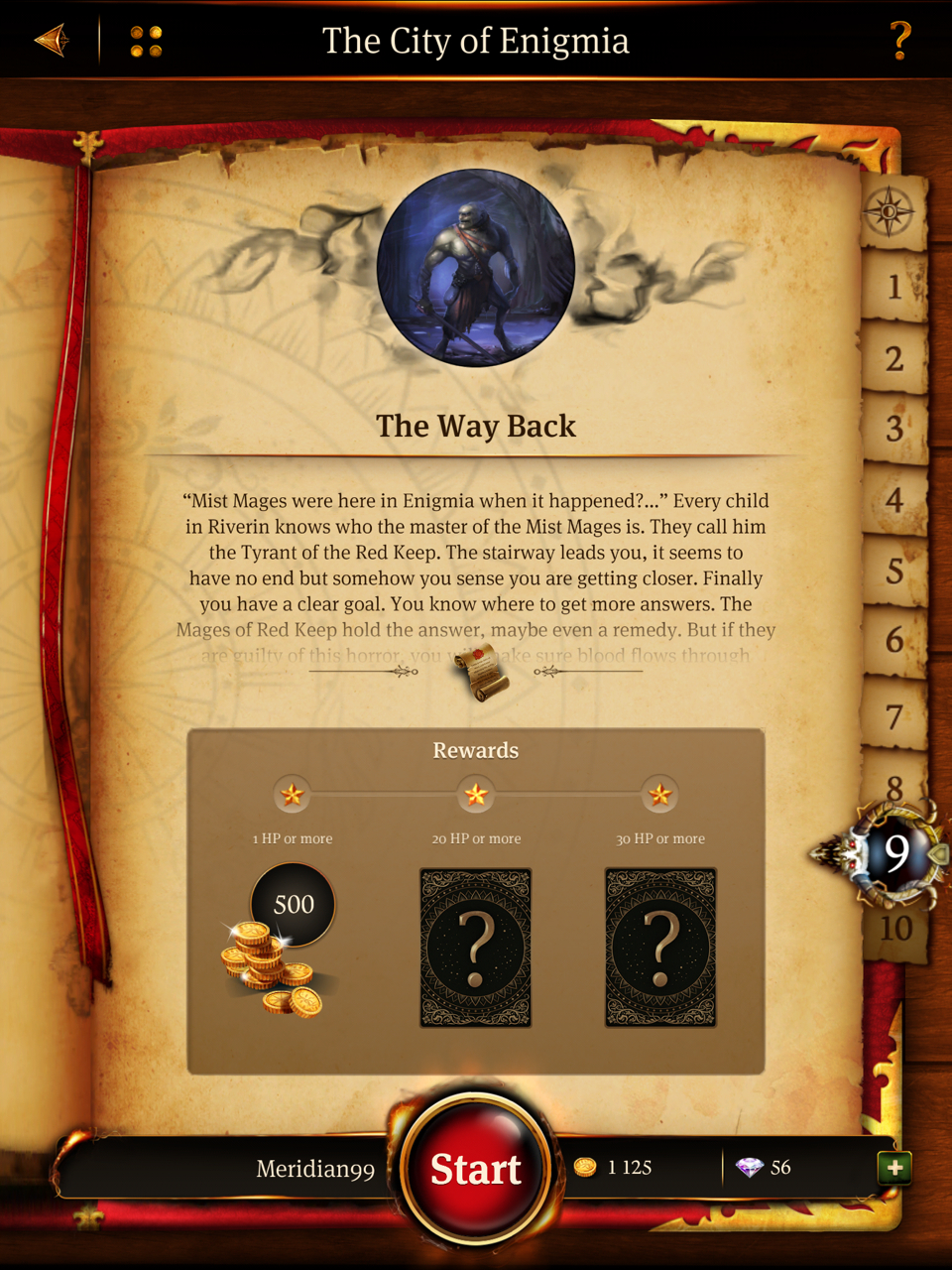 The game will be F2P, as almost all digital CCGs are, and while playing it, I didn’t see any egregious uses of IAP. There are timers when you craft cards, which of course you can bypass with the help of Gems, but I don’t mind IAPs as long as they don’t force me to stop playing or compromise gameplay. In Earthcore, I just used a different card in my deck while the other one was brewing.

Overall, I am looking forward to Earthcore. I enjoyed my time with it, I liked its innovative approach to card combat, and I was intrigued by both the story and the art. Earthcore’s design is a welcome change from most digital CCGs, and while it won’t be challenging Hearthstone, I believe players will have a lot of fun with it.

Earthcore is currently in soft-launch in Canada and the Netherlands and should be releasing in about two months. It will be F2P and should support both the iPad and the iPhone. I have two codes for the game, so if you are interested, write Earthcore in the comments, and I will draw a name randomly in a couple of days. Of course, you should have a Forum account.