In a follow-up to our 2014 E3 preview and just a few days before a major update, we sat down to see the furry martial artist in action. Taichi Panda (Free) from Snail Games was released in the US on The App Store earlier this month with an Android release also available. It is a free-to-play dungeon crawler with an RPG feel and some extensive online multiplayer features that make it a stand out from other titles in the genre.

The game has a loosely connected storyline about vanquishing evil and whatnot, but the real substance of the game is centered around the swift destruction of enemies (both foreign and domestic), finding new and better stuff (pretty much all stolen) and banding together with others (mostly strangers) to obliterate even stronger enemies to find even better stuff. 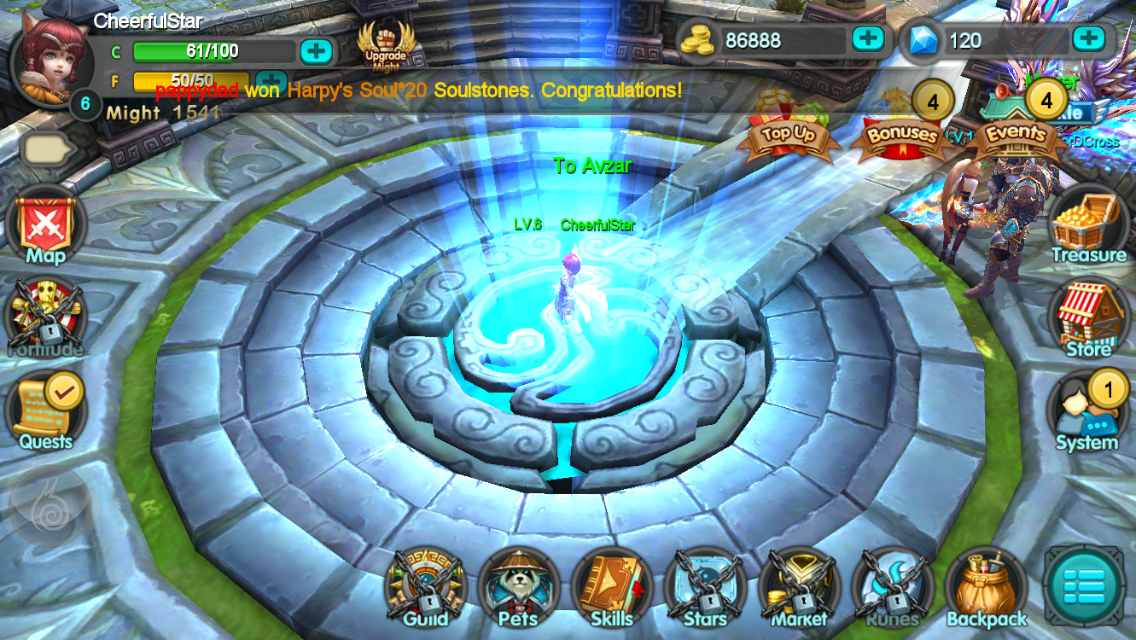 When I first sat down with the game a month ago, I immediately recognized that Panda was something of a mash-up of most free to play mobile RPGs I have ever checked out. Running through the levels is identical to the recent makeover in the Blood & Glory series, synthesizing soulstones to create new “Pets" (eerily, some of which are humans…) is a tie to the Heroes Charge system of creating new a team member from the scattered bits of it that you have found places, collecting shards of everything to eventually assemble into one fantastic item as seen just about everywhere, as well as two time- dependent systems for quest attempts that put limits on game-gorging, as also seen just about everywhere. 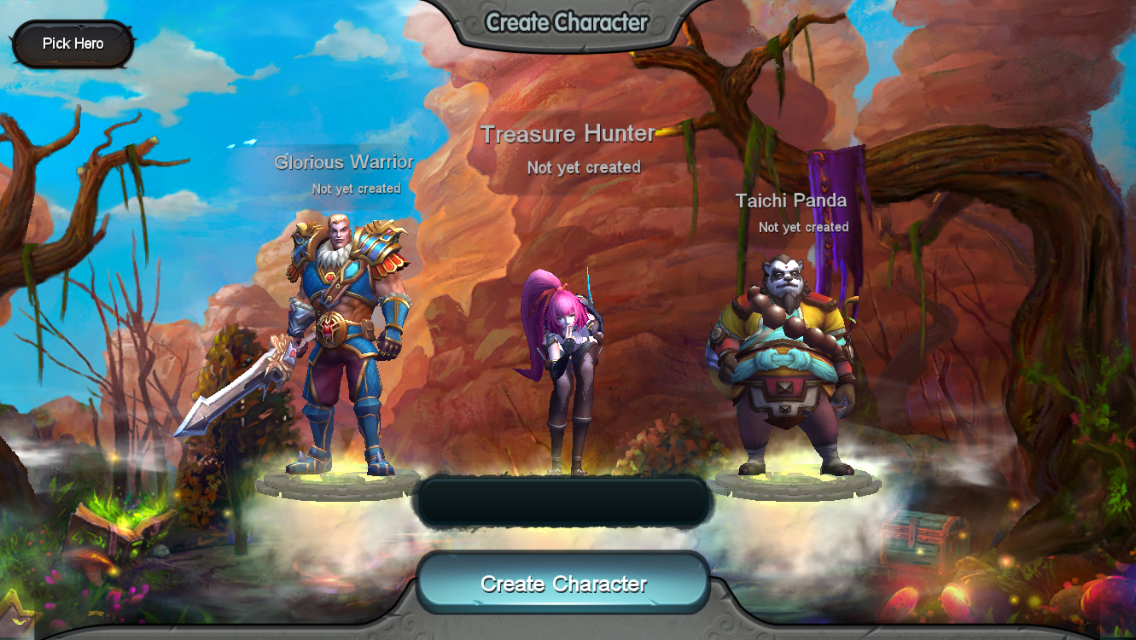 Going in, I had automatically assumed a jaded “Played one, played them all" attitude for free to play RPGs and immediately looked for the game mechanic that would be a plea for my money. I’ll save you some time and inform you that in Taichi Panda, that resource would be Diamonds. The game has several systems of currency and Diamonds are the only one that can be purchased for actual money. There are several packages for this microtransaction and they go from a one time $.99 all of the way up to the typical “Best Deal $99.00." But, don’t scroll down to the comment section just yet. Although, you can buy Diamonds and there is a good reward (Freaking Wings!) for doing so, it is absolutely not essential to enjoying the game. And here’s why:

The main place that diamonds are spent is on looting the Epic chests. Epic chests will give you a random item: Purple (pretty good) equipment, Orange (awesome) equipment, Champion (the best) equipment or a set of soulstones to make or upgrade a Pet. And while the gamble of instant awesome will doubtlessly be a legitimate ploy for many hard-earned real-life dollars, once you get playing, the game will reward you with enough awesome armor shards, soulstones and Diamonds to keep your character competitive, if you actually put some thought into your upgrade and grinding strategy. You will also be given a free Epic Chest every 48 hours, if you are patient enough. The moral of the paragraph is that at the end of the day, all of the Diamonds in Avzar will not give you experience points and character levels. 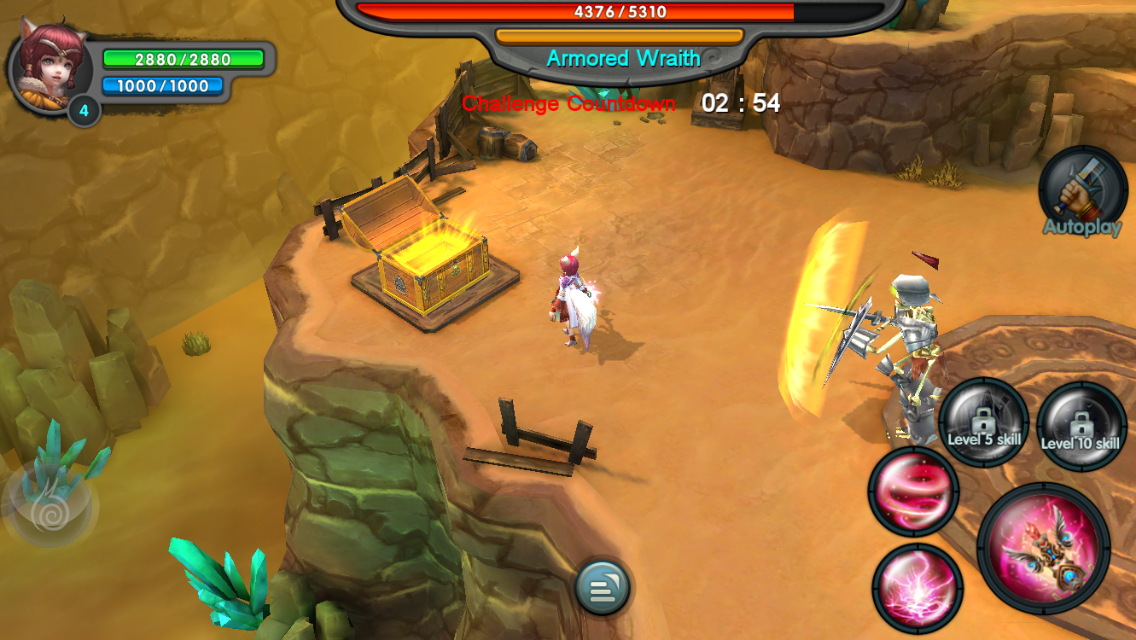 The only legitimate advantage to buying Diamonds is that mysterious and apparently contagious VIP system that has been going around. Aside from giving you a VIP title in World Chat, a VIP level allows players opportunities to purchase more Constitution Points than a regular not-VIP can buy. That being said, Constitution Pills (the mystical object that restores level-playing-energy) can be found in enough places that running out will almost never be an issue.

The most tedious part of the game, like every RPG ever made, comes in the first few days spent playing it. Nobody likes to be weak, especially not in a panda-filled fantasyland and you will be pretty helpless for a while. But it wouldn’t really be a game otherwise, would it? The super-fun multiplayer modes won’t unlock until level 15 and even when they do, you won’t be strong enough not to annoy everyone else on the team until level 20 or so. So, you will do exactly what you would do on any other game in the world, you will grind. This is where the apparently despised Autoplay and Autoloot features come in. Rather than being the ultimate tool for the lazy and soul-less, these features help make grinding for levels and quest rewards a whole lot less annoying. Autoplay gives the character auto-fire of their main attack, lending the added benefit of breaking parry on all boss enemies (which is a spectacular help on the tougher species of undead bad guys). Autoloot is a feature that unlocks after a level is completed with three stars and gives you the same loot and experience that you would get for running through the level normally. 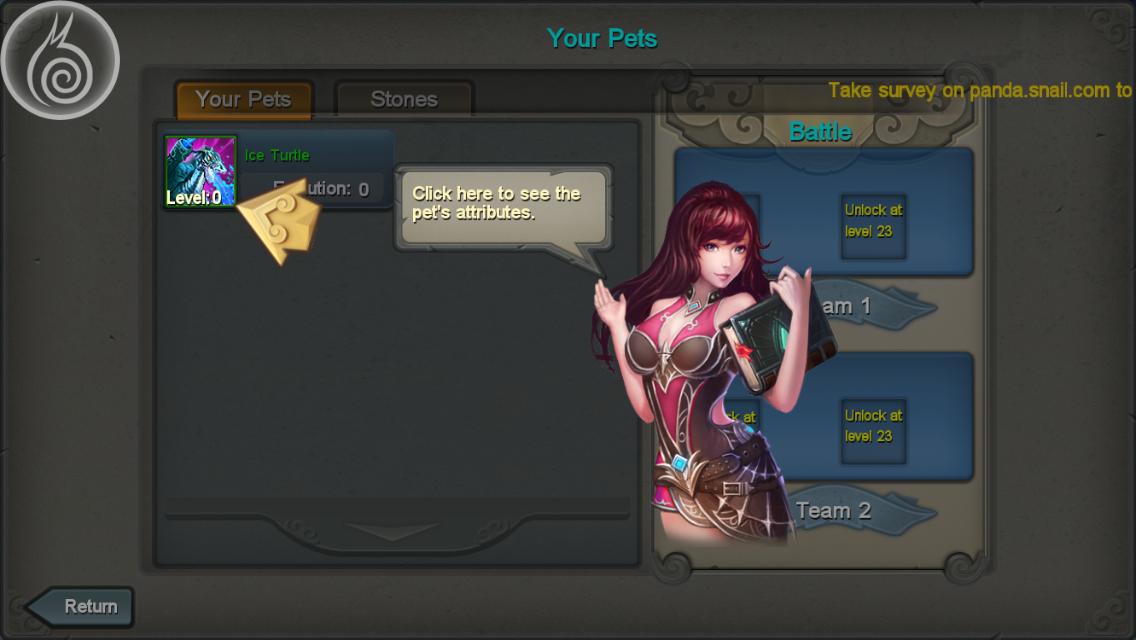 As your character gets stronger and levels up, you will continue to unlock more multiplayer features that will give you the chance to earn titles, join guilds and destroy other innocent players in exchange for spectacular prizes. The game does an awesome job of creating an online community with hoard mode raids and team PvP battlefields to band together and PvP battles to declare singluar superiority. The system to make friends in-game is one of the easiest out there and you have no friend slot limits for once. Anywhere you see a player’s gamertag, it will open a menu to provide an opportunity of effortless friendship, completely free of Facebook begging and coercion. Friends can send gifts of Fortitude or be requested to a Team Instance romp through the blood of your enemies. In the event your pretend friends are not online, Panda also has a separate chat room for folks recruiting a team for a group battle. 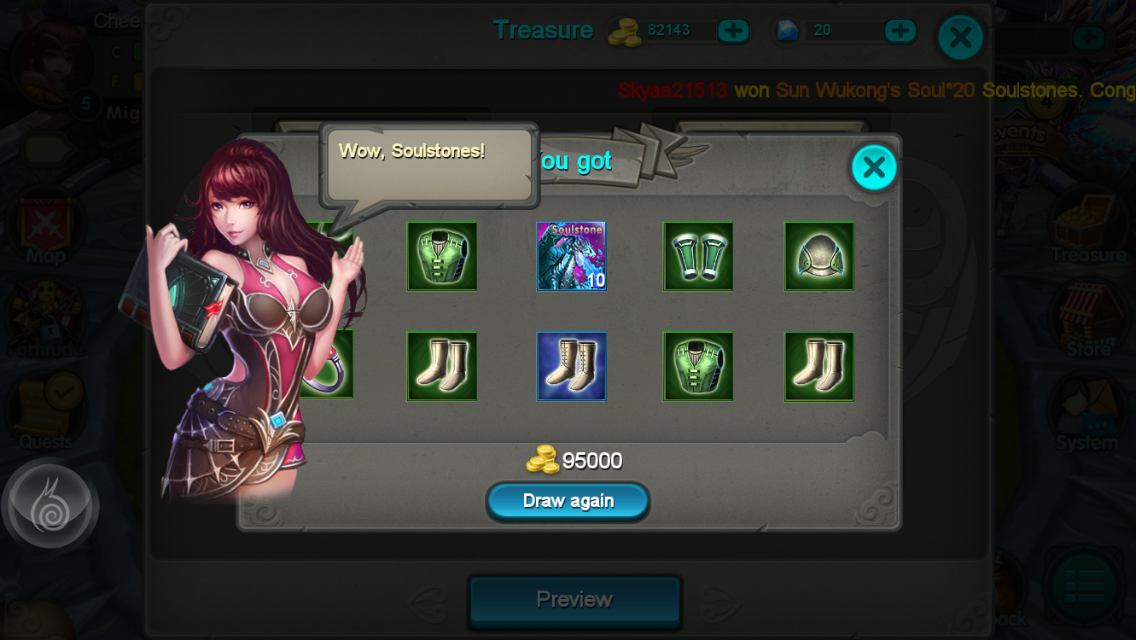 There is an element of luck to it, with the early chests being your main opportunities for decent armor, but until you delve into the multiplayer modes, those items won’t even be relevant to your game.

Despite the inherent flaw of being a free-to-play RPG, Taichi Panda manages to pull together a beautiful game world that, with a few of the technical difficulties that come with the server-based mobile games territory, plays smoothly on newer devices. The graphics are just cartoon-y enough to make a hardened panda warrior look plausible, but not quite loveable.

Snail Games also gets credit for having a readily available human at the other end of each official social media point, so gamers will always have a warm body at which to vent their server-lag frustrations.

Taichi Panda is an above average example of a often hated (in comments, anyway) genre/pay model. It may not change your mind about paying dollars for dungeons, but it is most definitely worth a download. If you have a few hours and an axe to grind against angry tortured spirits, embrace the panda. There is a chance you won’t hate it, instead, like me, you might actually really enjoy it.