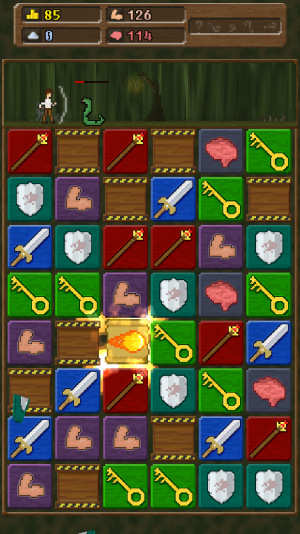 If you were around for 10000000 ($2.99) mania, you’ll likely remember just how magical it all was. If you weren’t, the headline of the review basically nails it. In a nutshell, a game randomly came out of nowhere with a title that didn’t make much sense, an icon which was basically a placeholder, and some of the best puzzle gameplay we saw that year. Honestly, the game still holds up well to existing puzzler releases, and is on my short list of titles I tell people to grab when I get the all-too-often question of “What games should I get?"

I love 10000000, and just like a ton of other 10000000 fans out there, I’d have been totally happy with developer Luca Redwood slapping a “2" on the end of a sequel, tossing in a couple new features, and calling it a day. Instead, what we’re getting is You Must Build a Boat, a game which doesn’t only feel like a sequel, but a whole evolution of the 10000000 formula- Down to even improving the core matching gameplay.

You still slide entire rows up and down or left and right to make matches, but this time around you’re able to keep sliding while you’ve got cascading matches. It sounds minor, but you can do some ridiculous stuff when you’re having one of those moments where you’re Neo seeing The Matrix of matching for the first time. When you’re totally in the zone, the matches flow like water which just feels really cool. This seemingly minor change really alters the whole dynamic of playing too, as instead of matching and waiting (even if you’re only waiting a fraction of a second), you’re just matching constantly. The increased pace of the game is wild, particularly when going back to try 10000000 again which feels slow in comparison.

Anyway, the basis of the game, as the title hints, is building your boat. You initially start with a tiny little canoe looking thing, then quickly upgrade to what resembles a real ship: 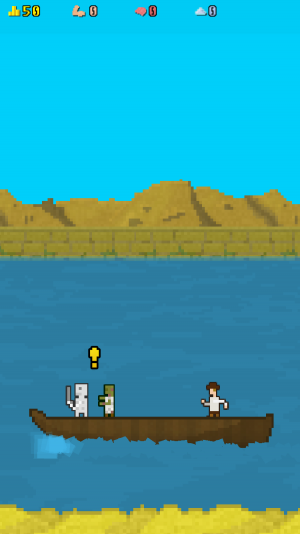 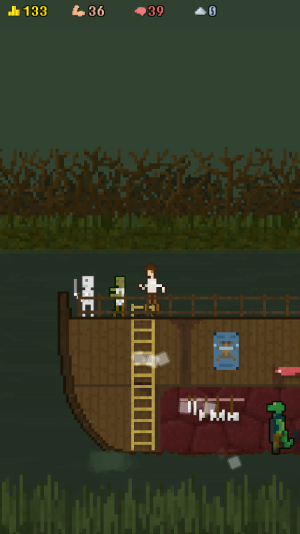 And it doesn’t take long until you’ve got a real-deal battle-yacht complete with gym, blacksmith, and more. In essence, your ship that you’re building serves the purpose of 10000000‘s castle, and is home to the various NPC’s you interact with for buffs, bonuses, and weapon damage increases. 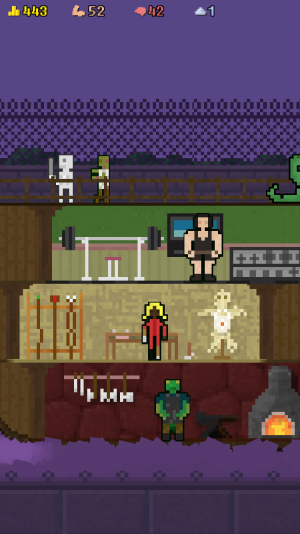 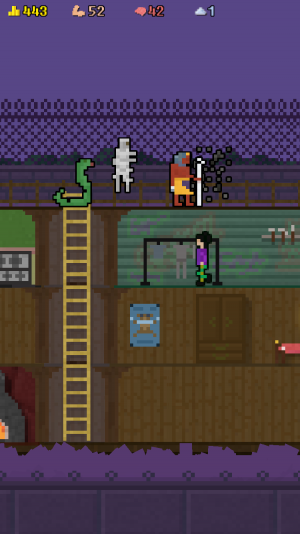 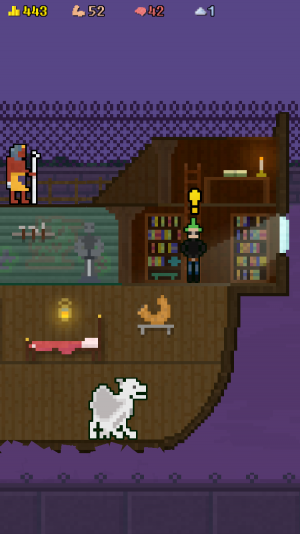 The construction of your boat and recruiting of your crew adds not only a fantastic feeling of progression, but also what feels like light story elements into the game as you slowly come across new characters and collect different items and artifacts. Oh, and there’s a almost Pokemon-like mechanic where you collect monsters you come across on your travels. These monsters can then be trained at your gym, then just chill out on your ship providing passive bonuses. For instance, having a white dragon bumbling around on my boat gives me a 20% bonus to food effects.

Oh, and once you’ve got some monsters on your team, the next thing you’ll unlock is a horn to call those monsters into battle while you’re puzzling. It works pretty similar to limit breaks in Final Fantasy game in that it charges up over time, then fires off when you need it. All these crazy little perks and subsystems all layer on top of each other to add a feeling of depth which goes even deeper than the original. 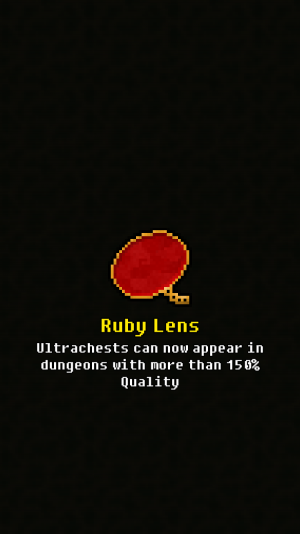 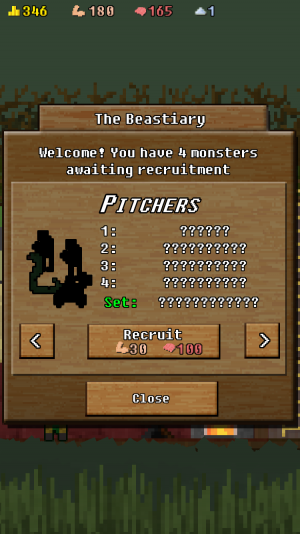 New things have been thrown into the mix too when you’re off puzzling. Some examples include a new type of chest which aren’t unlocked by keys, but rather, through matching a certain number of tiles. Additionally, instead of just worrying about the enemies, chests, and traps you’ll come across there’s clockwork robots which fly at you. They’ll be holding a tile to drop on you, and ideally you’ll match that tile before it reaches you.

There’s been changes to how the shields work in game, and both wood and stone have been removed in exchange for two new resources used (so far) for dealing with captured monsters. Of course gold is still around, and is used for upgrading your sword and staff tiles to do more damage, hit more critical strikes, and things like that. 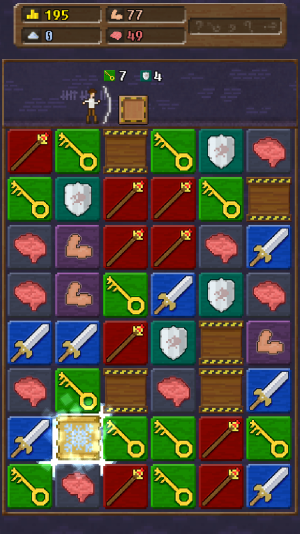 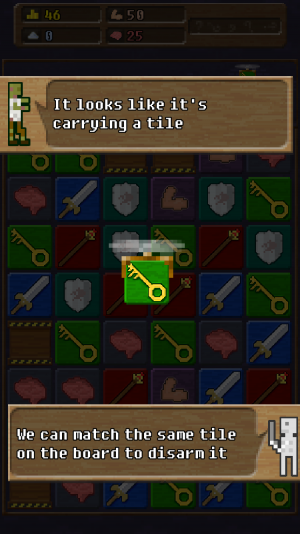 Overall, the curve that the game throws new things at you has been flattened out significantly. It feels pretty cool, especially considering most iOS games these days lay all their cards on the table inside of your first 30 second session. You Must Build a Boat intentionally doesn’t do this, and while this preview is based off about the first 30-45 minutes of gameplay, there’s a ton of room on my ship for more craziness which has yet to come.

You Must Build a Boat is scheduled for release sometime in May, and I’m excited to spend more time with it. Keep an eye out for more preview coverage of the game here on TouchArcade.