One of my favorite gaming experiences back in the late 1980s was playing the fantastic Police Quest series by Sierra Entertainment. I had perhaps too much fun playing the cop and roaming the streets as an incompetent instrument of justice. So, I was quite happy that The Trace ($3.99), the new game by British award-winning games developer Relentless Software, out now for iPhone and iPad, brought me back to my glorious crime-solving days. As Detective Sam Pearce of Baltimore PD, you get to follow a long trail of bodies in the hunt for a killer. Relentless Software has developed the game from the ground up for tablet and mobile devices, and it shows both in the game’s influences and its controls. If you’ve been gaming on mobile devices the last few years, you’ll easily recognize the genres that make up The Trace.

The game has you interacting with a finely-crafted 3D world in your endless search for clues. Often, those clues are hidden in places such as drawers, lockers, and safes, and hunting for them sometimes feels like you’re playing a hidden-object game. However, what I enjoyed in this game was that searching for various hidden objects felt more like the means to an end rather than an end in itself – there’s no searching for the sake of searching. Instead, the items you’ll be finding are clearly linked to each other in a logical way. I’m happy to report that The Trace mostly avoids the silliness of old adventure games – sorry Sierra and LucasArts – as the puzzles and item combinations make quite a bit of sense. 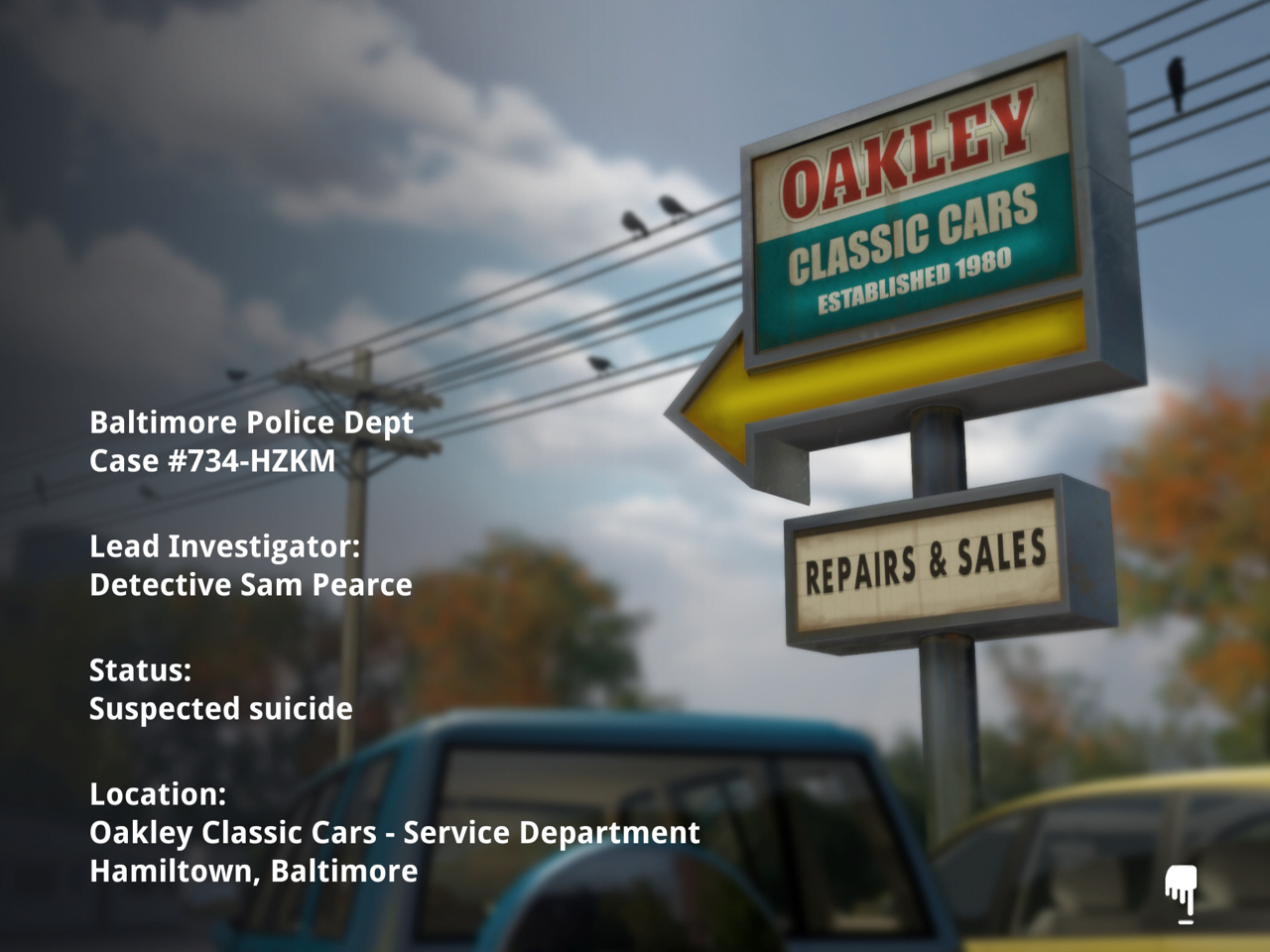 The other part of The Trace I enjoyed was the very clever way the developers set up how players go from finding clues to testing hypotheses to solving crimes. When you find something suspicious in a scene, a question mark appears over it. Tap it, and you enter the deductions screen consisting of a branching diagram. Each main node of the diagram represents a deduction that you reach by inserting the correct clues. For example, to deduce who broke a mirror, you might have to insert the “broken glass" clue and the “male footprints" clue. Once you pick the correct clues, there’s a short, but quite nice, animated sequence that shows you a reconstruction of the event you’ve just discovered, a very nice device that forwards the game’s narrative without breaking the immersion.

Speaking of clues, you mostly find them by manipulating objects in a highly-detailed 3D environment. For most mobile gamers, that sentence sounds a lot like a description of The Room by Fireproof Games, an award-winning game in its own right that has the player manipulate complex objects in a 3D space. The Trace plays a lot like The Room in the way the player has to manipulate the world around her. I found that The Trace‘s puzzles made more sense than The Room‘s, which often has you flipping switches and pulling latches without really knowing why. In The Trace, when I was manipulating an object, I knew exactly why and to what end. 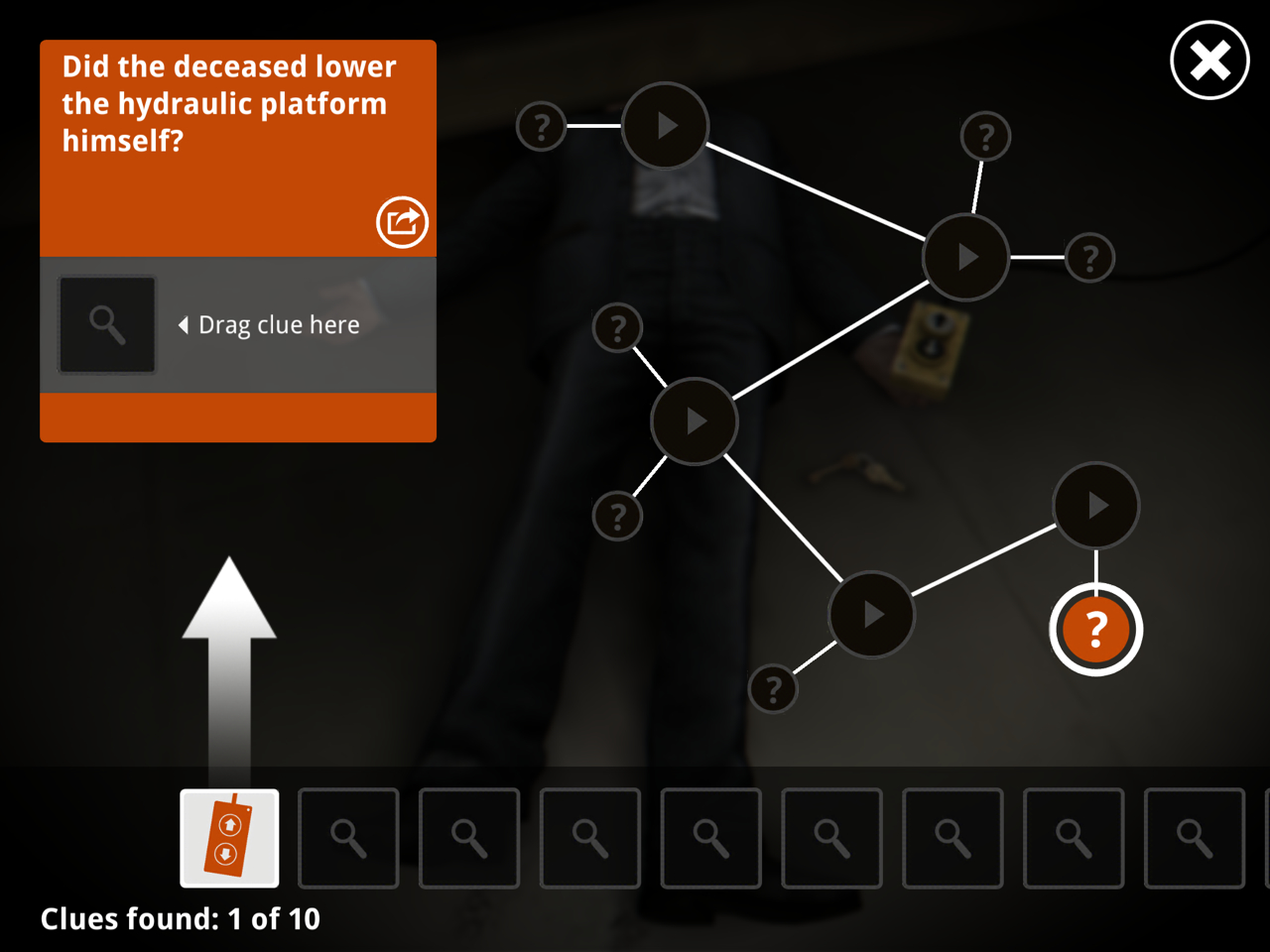 While The Trace sets up its puzzles nicely, the way it controls often leaves a bit to be desired as it can feel imprecise and slightly finicky. For example, when I would zoom in to open a drawer, I’d often have to poke my screen quite a few times to move the drawer the way I wanted. Now, while these slight control issues are quite common, I never found them that frustrating or distracting.

And I’m glad the game handles well because I wouldn’t want any frustrations hindering my enjoyment of the scenes of lovely Baltimore. Those scenes are indeed quite lovely, with great detail in every single corner and a design that stands out for its realism. The game uses Apple’s Metal, and its graphical fidelity benefits from it. The different rooms you explore really feel like actual places that actual people decorated (including some hideous wallpapers that are, unfortunately, quite common in real houses). I only wish the 3D environments felt a bit more alive – they are quite pretty but also quite sterile. Even a flickering light bulb would’ve sufficed to liven the scene up. 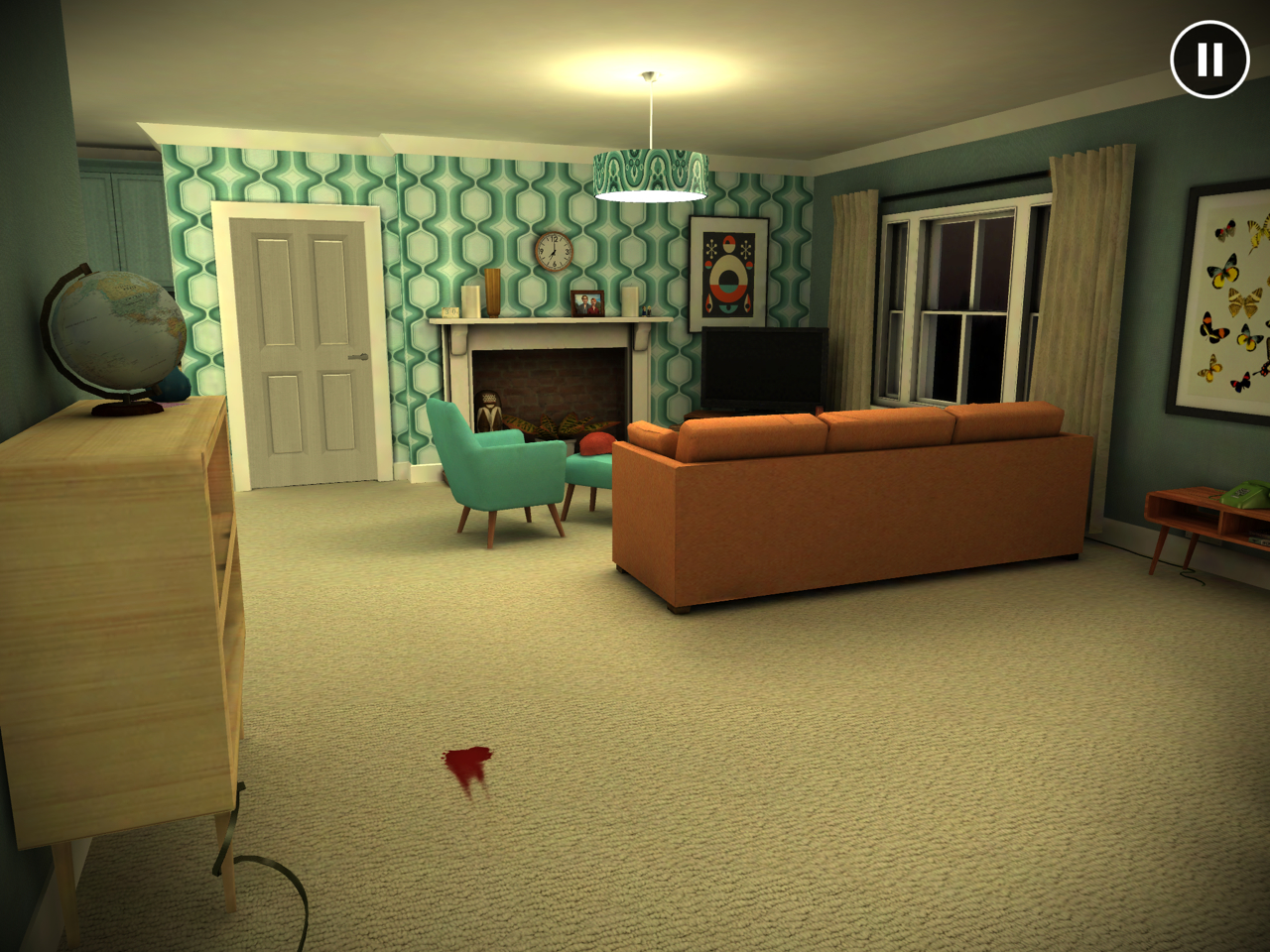 Despite that, the game looks nice, especially considering how almost all the assets can be interacted with. I actually went around opening drawers and cupboards, and almost all of them can be opened and examined. The game’s soundtrack was a great companion throughout my “sleuthing," a euphemism for maniacal drawer-opening,  as the music had enough variety not to bore me and just the right amount of whimsical dread.

At the end of the day, though, a crime-solving game lives and dies on the strength of its narrative, and I was glad to find that the story in The Trace offered enough entertainment and just the right amount of challenge. I didn’t breeze through the cases, but neither was I left staring at walls and furniture. The storyline was scripted by David Varela, who’s had quite a bit of success recently, and it proved to me once more that good writing makes good games. And, as this is a premium title, I was glad I didn’t have to wait until my energy replenished to open a door or a locker. I also appreciated that the developers implemented iCloud saving, a feature I’m finding increasingly necessary in my futile attempts to relieve my overburdened iPad.

The Trace has so many genres mixed in that it’ll be hard for mobile gamers not to enjoy at least some part of the game. I thoroughly enjoyed the time I spent with it and, even though I had to swipe a few too many times, I was engaged throughout. So, if you enjoy puzzle games, hidden object games, crime-solving games, or all of the above mixed in one, I have just the right number of dead bodies for you.