We now know the next wrestler coming to WWE Immortals (Free), and it’s an all-time favorite. Stone Cold Steve Austin is on his way, as revealed by co-developer Phosphor Games’ Twitter account today. Of course, it’s looking like he’ll have some kind of ice powers with his character, because that’s just how WWE Immortals works. The Rock is a golem, Stone Cold Steve Austin has ice gauntlets, and Daniel Bryan has YES! and NO! versions. 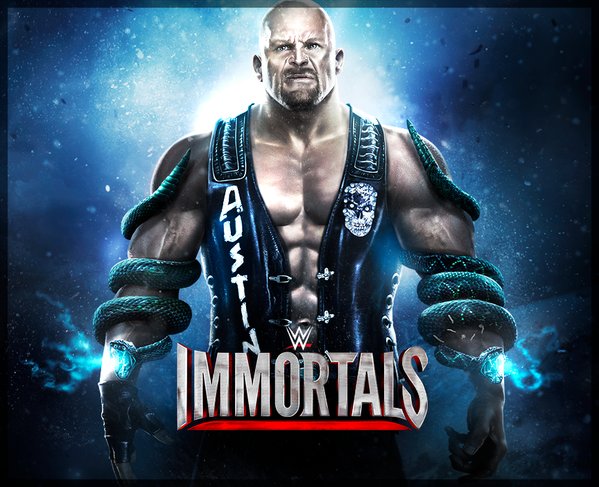 It’s cool to see that the ame’s still getting updates despite the upcoming Mortal Kombat X, with a similar game setup, coming in a few weeks. Having another developer working on the game could be good for the future of this one, and the possibility that more and more wrestlers could get outrageous fantasy versions in the near future. If you’ve been playing the game, be sure to check out our guide for some hot tips on how to beat the challenges and how to win without spending real money.