We’ve been waiting for a while, but the time that we can start talking about the English version of DeNA and Square Enix’s new social RPG, Final Fantasy: Record Keeper. Last week, I had the opportunity to visit Square Enix’s offices in Shinjuku to have a chat with the producers of the game. Of course, I’m coming from the angle of having played the Japanese version quite a bit, so I was particularly interested in any changes they might have made, but we covered a pretty wide range of topics. It was immediately clear to me that all three of the people I talked to are huge fans of Final Fantasy and had a lot of passion that they put into Record Keeper. I think in reading their responses, you’ll be able to see that yourself. Since this ended up being a pretty long talk, we’re going to run half of the interview today and the other half tomorrow. Today’s part focuses on introductions, the genesis of the game, localization changes, and some elements of the gameplay. 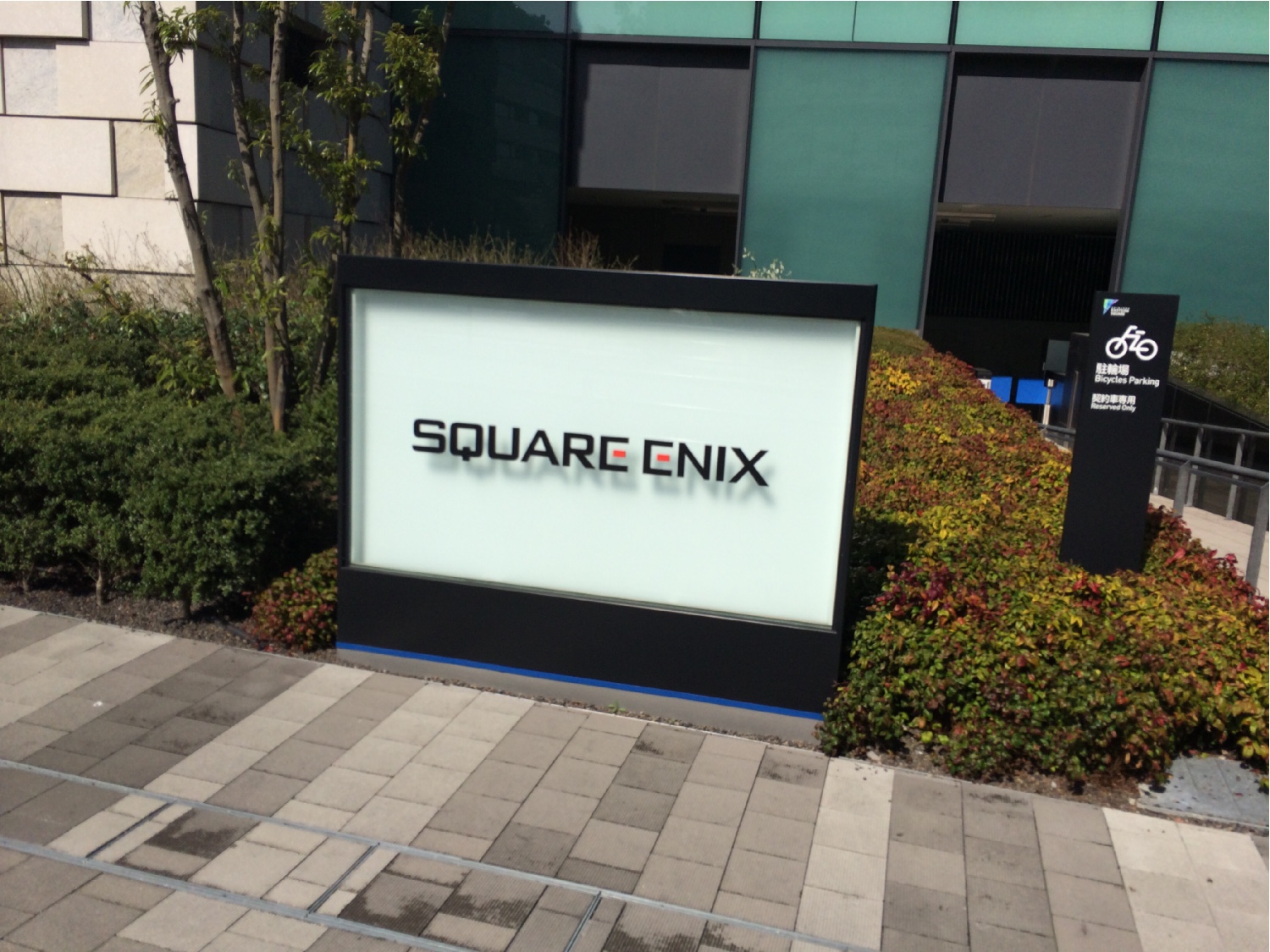 TOUCHARCADE (TA): Let’s get started. Can you tell our readers who you are and what your involvement is with Final Fantasy Record Keeper, each one of you?

ICHIRO HAZAMA (IH): I’m Ichiro Hazama, the Square Enix side producer. My role is to propose characters, storylines, and world settings. I also supervise the overall game that DeNA proposes.

YU SASAKI (YS): Ah, my name is Yu Sasaki. I’m the producer at DeNA for the Japanese version of the game. I’ve been involved with the project from the start, in the planning stages, when we made the proposal to Square Enix for this project. I’m also responsible for making sure the product is delivered on time, and running events and so on. I manage the development team at DeNA.

SHONOSUKE TOKUMARU (ST): I’m Shonosuke Tokumaru, the producer of the worldwide version at DeNA. With the Japanese version already in place, my role involves how to localize and culturalize it for the Western release.

Wow, I just realized that everyone here is a producer! (laughs) That’s kind of interesting, you don’t see that happen too often!

TA: Just in case our readers aren’t familiar with you guys, what are some of the previous games you have worked on?

IH: Ah, thank you! Well, I also worked as a producer on the upcoming Theatrhythm Dragon Quest and Dissidia Final Fantasy.

YS: I’ve been in the mobile industry for my whole career. My biggest game is probably Three Kingdoms Royale for DeNA.

TA: That one’s only in the Japanese App Store, right?

ST: I’ve also been at DeNA the whole time. I’ve worked on many games both for the Japanese market and worldwide, including Ninja Royale, D.O.T. Defender of Texel (Free), and Blood Brothers (Free).

TA: That last one is really popular. What was the goal, or I guess the idea, with Record Keeper? How did this partnership come to pass? Because this is kind of a big deal, these two big companies working so closely together. Can you tell us a little bit about how this all happened?

IH: DeNA proposed the game to us at Square Enix.

YS: It all started when we were working on D.O.T., which is a pixel-art game. When that game released worldwide and turned out to be pretty popular, we came up with the idea of doing a Final Fantasy game.

TA: While this style of social RPG is quite popular in Japan, the biggest hits in Japan, for example Puzzle & Dragons (Free) or Monster Strike (Free), haven’t resonated quite as strongly in the west. What do you think will make Final Fantasy: Record Keeper appeal worldwide?

ST: I believe it can be just as big of a hit outside of Japan as it is in Japan. A significant part of that is the Final Fantasy fanbase, who come from all around the world. That presents us with a chance to really focus on delivering the game to them. We want to make sure they have a great experience with the game.

TA: I was just wondering what kind of changes you’ve made for the worldwide version?

ST: Well, the core game system is unchanged from the Japanese version. However, there are some differences in the markets that we took into account in the presentation. The Japanese fans have a stronger connection to the 8- and 16-bit installments of the series, while in the west, the series sort of exploded in popularity with Final Fantasy 7. So, we wanted to use more CG artwork for the cut-scenes to make the graphics look better. We also went back to the earlier titles, and if there was a remake or a newer version, we used images from those for the story sections. In Japan, we just used the original art.

I was curious about something, if I could ask you a question. What did you think of the worldwide version? 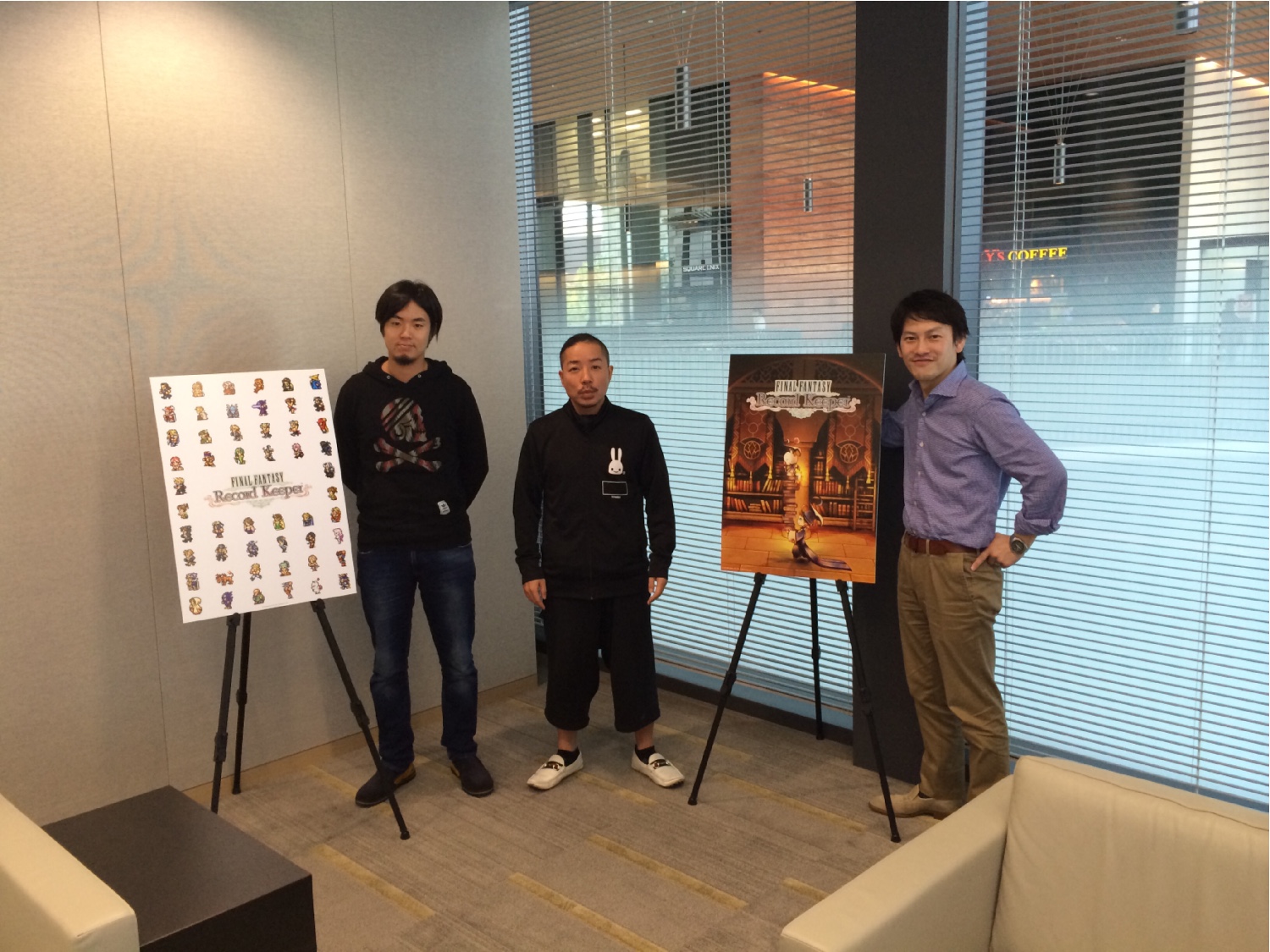 TA: Oh, well, I noticed the UI changes right away. I also really like the translation. It’s quite good, it reads very well.

ST: That’s a relief. Our localization team has been working hard.

TA: So here’s a question no one else will ask. In Japan, there was recently an event that crossed over into Romancing SaGa. That was very exciting. And of course, Mr. Hazama, you were the producer on Theatrhythm, which also had many crossovers. I’m wondering if we can expect something like that in the English version? SaGa‘s not so big outside Japan, but something maybe like Chrono Trigger ($9.99) or Mana? Is that possible in the future?

IH: Well, I think we can try? (laughs) Unfortunately, right now there’s no immediate plans for that, but we would like to explore the possibilities. The Japanese fans really have been enjoying that.

TA: Similarly, is there any chance of any of the side games like Tactics, Lightning Returns, or Mystic Quest making an appearance at some point?

TA: This is kind of a deeper gameplay question, I guess. So again, I’ve played hours and hours into the Japanese version of the game, and I happened to notice that there seems to be a heavy focus on Final Fantasy 4 ($14.99) and Final Fantasy 6 ($14.99) in the early hours. How did you go about choosing the arrangement of the stages? Is there a particular reason why the stages are arranged in this way, or did it just work out that way?

ST: Yes, well, we start the game with Final Fantasy 7 because it’s the most popular installment all-around, and have Cloud join your party. The early focus on Final Fantasy 4 and Final Fantasy 6 is because the core fanbase in Japan really has a strong affection for the 16-bit era.

TA: So, we talked about how the fanbases differ a bit in Japan and the rest of the world. Are the stages still arranged in the same order in the worldwide version?

ST: The core storyline is more or less in the same order, but the events, which take place in different worlds, have been changed to suit western tastes.

TA: When I think about this type of game, and think about what kind of things I would expect to be behind the ‘gatcha’ or lottery system, I would have expected the characters to be in there. Instead, the equipment is the random draw item and the characters you can just earn by playing. I tend to think of the characters as the hot item that people will want, so what was the thinking behind that move?

YS: Right from the planning stages, I already decided the characters should be obtained through play, and everyone should be able to get them. The reason being that is that people especially like the characters in Final Fantasy. I thought that once they had the characters, they would want to play the game more to make them stronger and equip them with better gear. It’s a way to encourage people to continue playing. 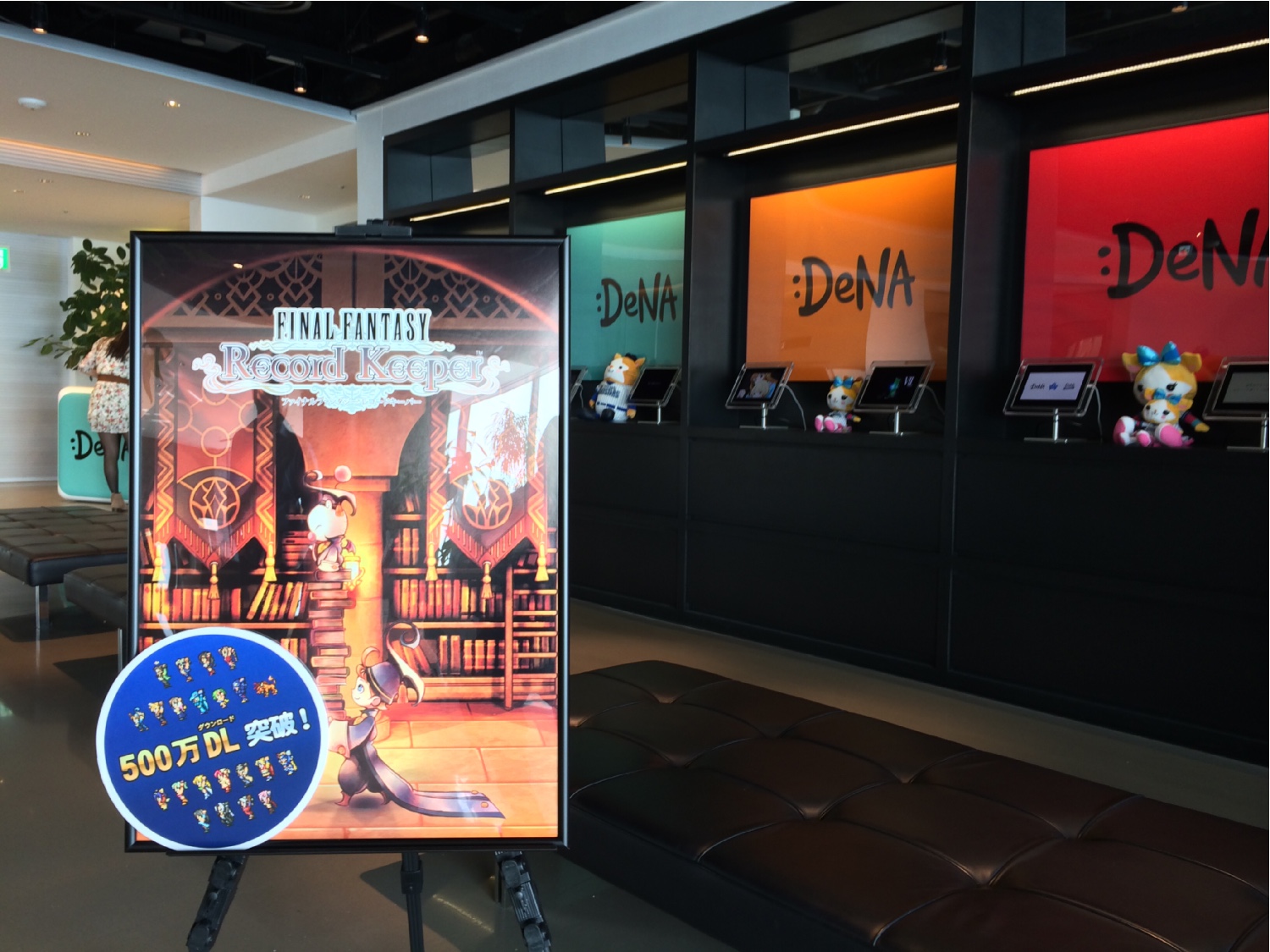 TA: I think that’s a very good decision, and I’m really happy with that system. Like you said, you get the characters you want, and you become invested in developing them and making them more powerful. It feels fair, and I think with this type of game, a lot of players are worried about that aspect. Record Keeper feels very fair, I love that about it.

IH: Even though it’s a free to play game, the focus is on making sure the Final Fantasy fans enjoy the game. That’s the number one focus.

As you’ve noticed, you get the hard currency, Mythril, a lot just through playing and logging in. That’s done on purpose to encourage more play, more engagement to the game. The international version, compared to other free-to-play games, is quite generous with that currency.

TA: So, in that regard, is the international version any different from the Japanese version?

TA: Will players still receive Mythril as a login bonus? Because I know they enjoy that kind of thing.

ST: Yes, you can still earn it as a login bonus. There have been some very minor adjustments, and there are lots of other ways to earn Mythril freely.

TA: How do you go about choosing which characters will appear in the game and in what order they’re introduced? Cloud’s obvious, he’s the big one, but how do you choose the others? For example, Rydia, Wakka, Kain…

YS: For the main storyline, the characters that get added are based on the stages you’re playing. The event characters are chosen based on popularity. There’s a special system in the game called the Synergy System. Basically, if you use characters from the same world you’re playing in, they get a stat bonus. The same goes for weapons, armor, and so on. So we also want to keep the characters balanced with that in mind. For example, we don’t want to give you a bunch of characters from Final Fantasy 13 if there are only a few stages from that game at that moment. We want players to be able to take full advantage of that feature as they play.

TA: Okay, that makes sense. It’s really important to make use of Synergy to beat the tougher battles.

That’s all for part one of the interview. Make sure you check back tomorrow for the second part, where we discuss our favorite Final Fantasy games and characters, go off on a side tangent about Final Fantasy 5 ($14.99), and talk more about Final Fantasy: Record Keeper‘s place in the Final Fantasy world. Thanks to Mr. Ichiro Hazama of Square Enix and both Mr. Yu Sasaki and Mr. Shonosuke Tokumaru of DeNA for giving me some of their valuable time, and the various members of DeNA who set up and facilitated this interview, in particular Mr. Simon Currie, who did live interpreting.