So, you’re probably going to want to sit down for this one. Modern Combat 5 (Free) is officially going free-to-play in this latest update, available now. Before you freak out, the good news is that Gameloft is going to try and take care of people who paid for the game, they added in new content and controller support is finally here in the game.

So here’s the situation. If you get the game now that it’s free, you’ll have an energy system to contend with, that decreases with missions you go on. However, you can buy unlimited energy for a limited amount of time, along with other benefits. If you bought the game when it was paid, you’ll never see an energy meter, as you’ll have Veteran status, and will get a special kill sign and camo, along with 200 credits for having owned the game before.

What’s actually new as far as content goes? Well, there’s gamepad support now, which actually will support “standard, formfitting, and extended controllers" which sounds promising even if you have one of the d-pad-only gamepads, though you can pretty much only buy extended ones (with the joysticks) now. There’s a new soldier class, Support, which uses a light machine gun (a new weapon class), and has skills focused on healing and reducing debuff effects. All weapons have a sixth tier to unlock. A new Zone Control mode, similar to Domination in Call of Duty, is available to play in now as well. 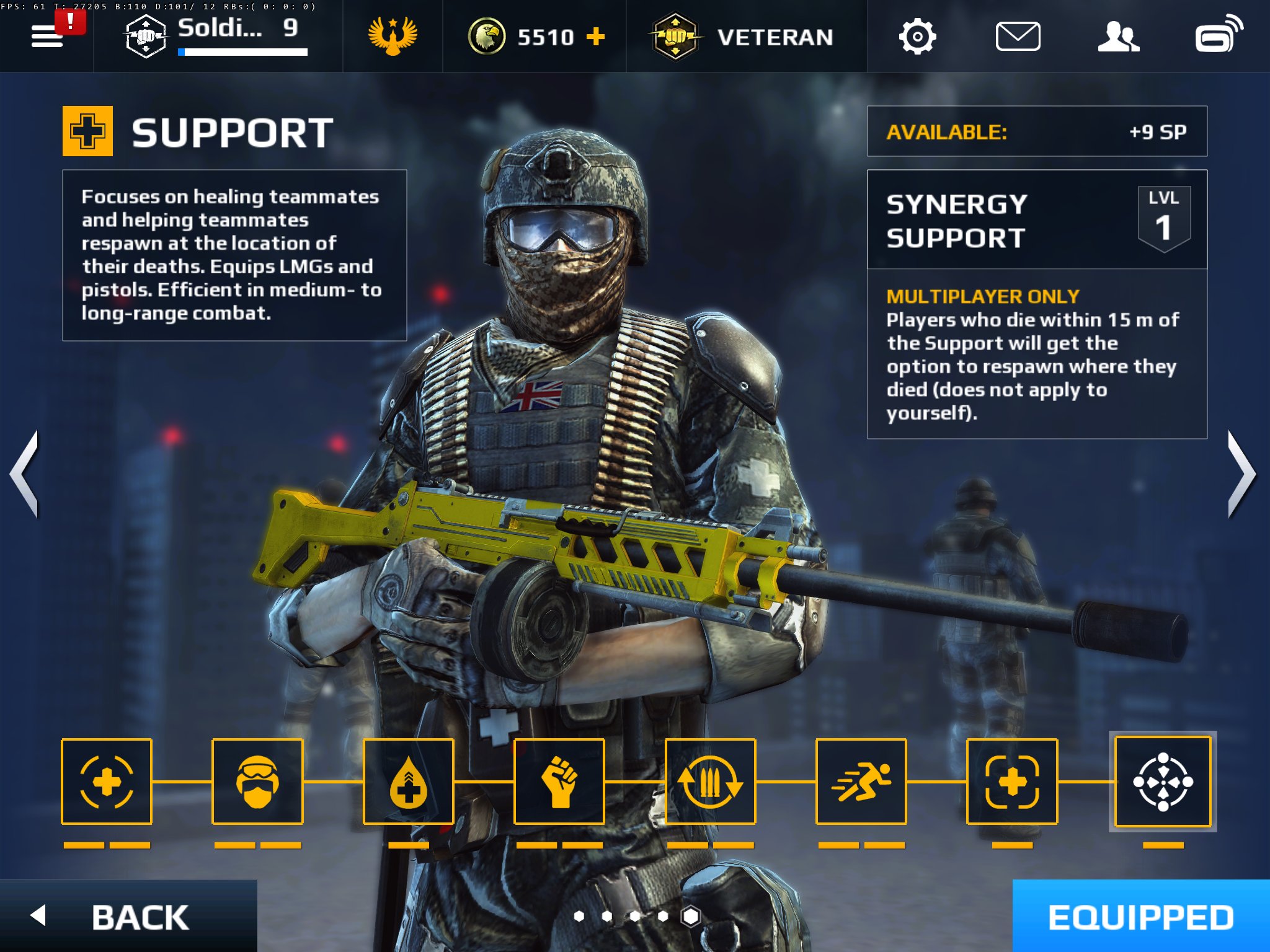 The first big update for the game added in some of the free-to-play aspects that this will now be centered around. I imagine that a lot of people will be upset about this shift even just on principle, but this is just the reality of the mobile market right now – more people want free-to-play things. Clearly, going paid without in-app purchases didn’t work as well as Gameloft needed it to, so we have this transition. The update should be rolling out now. Remember, commenters, be excellent to each other!