It took longer than expected due to some delays, but back in July Gameloft finally released Modern Combat 5: Blackout (Free), the latest entry in their modern military first-person shooter series. Like other Modern Combat games, Blackout set the standard for fully-featured first-person shooters on mobile devices. It had a somewhat campy but still exciting single-player experience, as well as a fairly robust online multiplayer experience. Since release, Modern Combat 5 has received a few updates, but they’ve all been focused on either bug fixing or graphical improvements. Today, Gameloft has officially announced the first content update for Modern Combat 5, which is scheduled to go live tomorrow in conjunction with a price drop down to $3.99.

Next up is some seasonal content for the game. Peppered around the landscape in multiplayer you’ll see Christmas decorations like trees and presents, and there’s even a Santa Clause skin for the VIP. I don’t know how I feel about having to gun down Santa Clause, but, ’tis the season, I guess. There’s also a winter blizzard effect on the Rooftops map and special jingles that will play at specific points during the game. Here’s a few screens of the seasonal content. 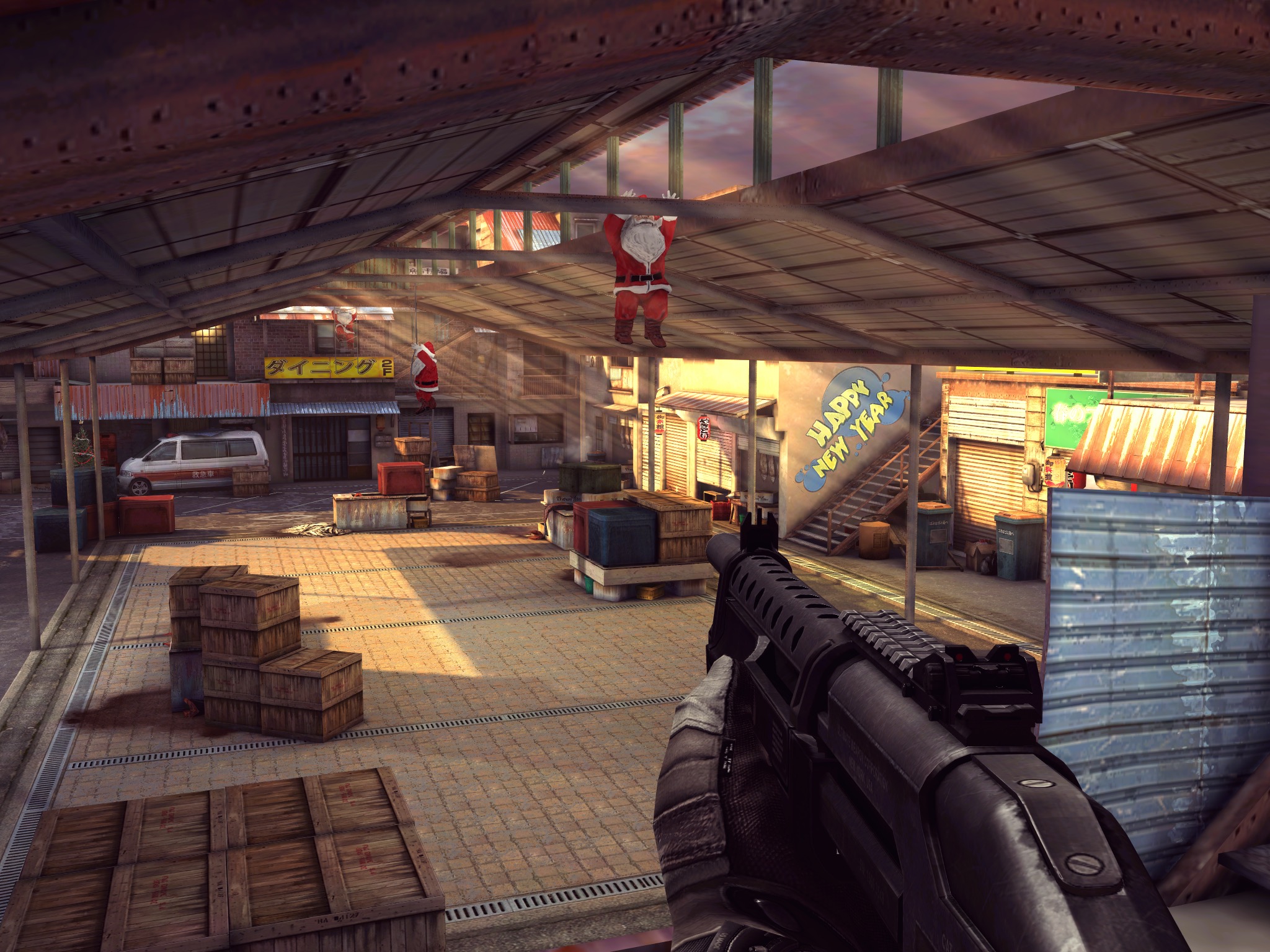 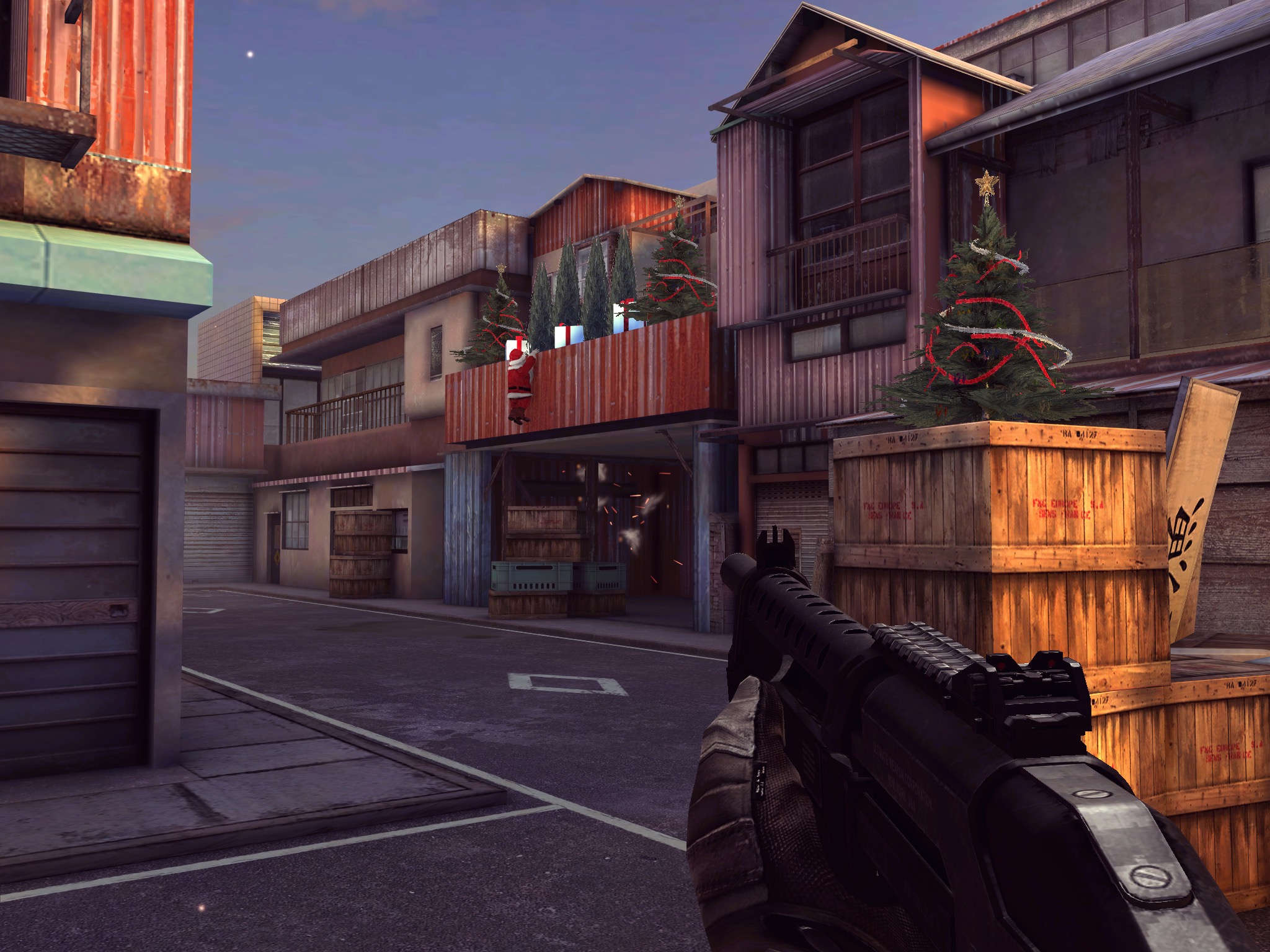 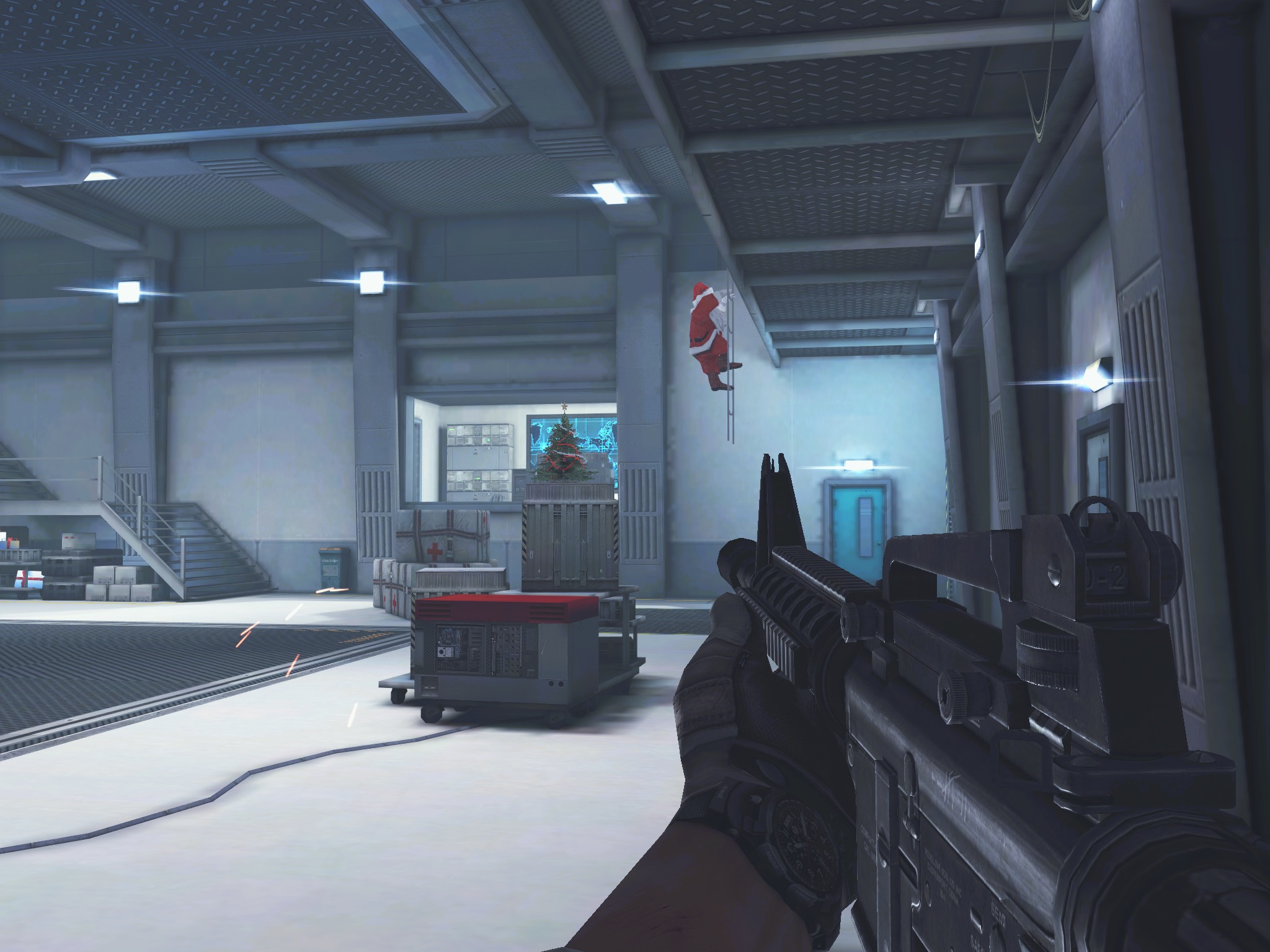 This update also brings all sorts of new options for multiplayer. Map voting is here so players in the lobby can vote on which map they’ll be playing on in the upcoming match, and a rematch option is being added to Squad Battles so both sets of teams can immediately replay each other if they wish. The level cap is being bumped up as well from 100 to 120. Gameloft is also introducing Leagues to the game for both solo and squad battles. Leagues will be broken into 5 tiers–Bronze, Silver, Gold, Platinum and Diamond–and linked to weekly leaderboards with rewards for those who rank at the top.

Finally, Gameloft is introducing “battle packs" which can be earned through playing or purchased via IAP. When opened, the battle packs will randomly offer one of the following: masks, kill signs, XP boosters or pro weapons. What the heck are “pro weapons" you may be asking? Gameloft defines them as “a modded version of an existing weapon, holding different stats but a similar balance to the original version." Sounds interesting enough, but I hope that these battle packs and their ability to be purchased won’t ruin the balance of the game.

The update and price dropped are scheduled for release tomorrow, December 17th, but being that we live in the digital world of the App Store that may actually mean it lands at some point tonight. Even if not, it won’t be long to wait, so keep your eye on the update tab of your App Store to check out all of the new stuff heading to Modern Combat 5, and be sure to drop by the forums to talk about it with the community.