EA and PopCap have just put out a couple of updates for their free-to-play offerings on iOS, Plants vs. Zombies 2 (Free) and Peggle Blast (Free). PvZ2 has a new level pack with Frostbite Caves Part 2. Here, you play more of the icy levels introduced in part 1, with 16 new levels in total in the new pack. 3 new plants are available, with several new enemies to fight, including Dr. Zomboss and his Zombot Tuskmaster 10,000 BC, which would also be a sweet band name. As well, you have a new endless Icebound Battleground to play, and a Luck O’ The Zombie event to enjoy March 10th-19th. 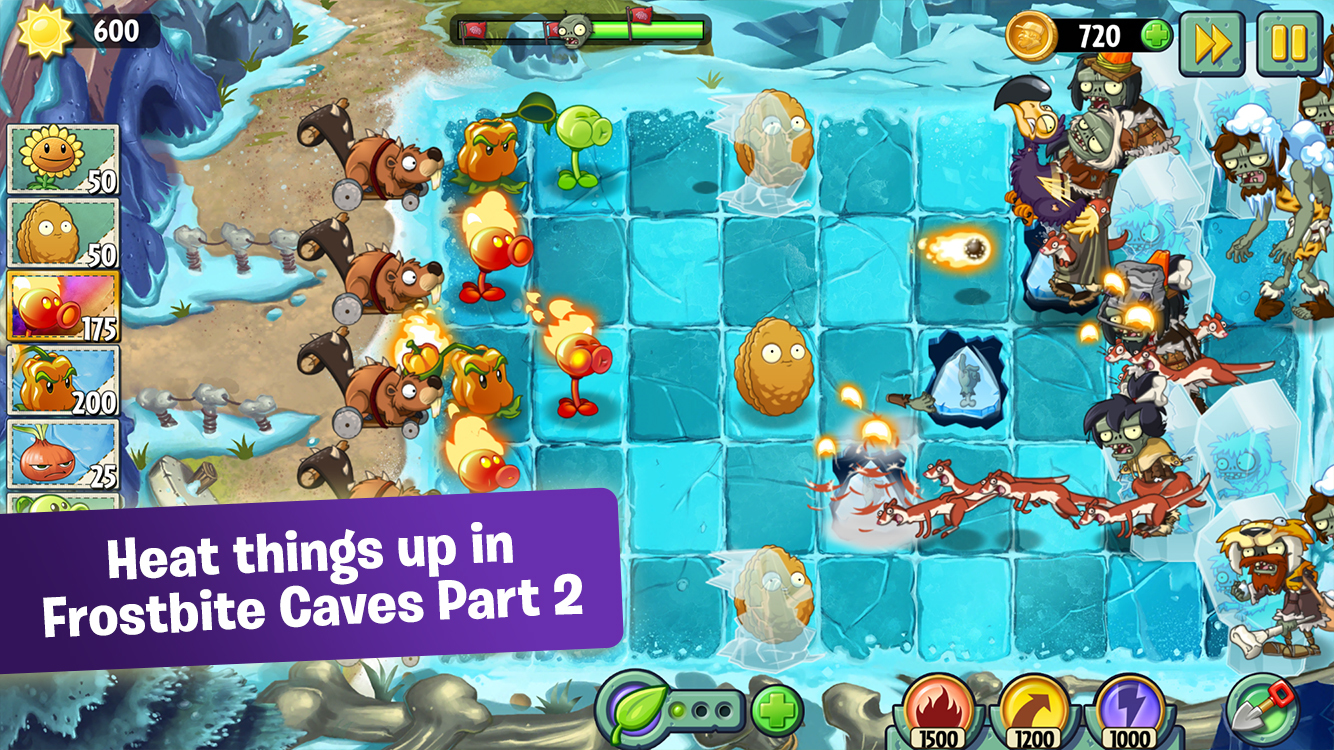 Peggle Blast gets a brand-new character not seen in other Peggle games, with Buddy the turtle. He features a draggable bucket, and if you catch the ball in it, a rocket-powered peg explosion happens. I like the sound of that. 15 new levels are available, including new warp holes. Now you’re Peggling with portals. Updates for both games are available now.