The latest port of an SNK Neo-Geo fighting game to iOS is one of the best yet. Garou: Mark of the Wolves ($3.99) has a reputation as being one of the last Dreamcast games to release in the US, a late-era Neo Geo game, and as a darn good fighter, the last in the main Fatal Fury series. Now it’s on iOS along with other ports done by DotEmu, but this version winds up being one of the best ports yet thanks to the robust features included. 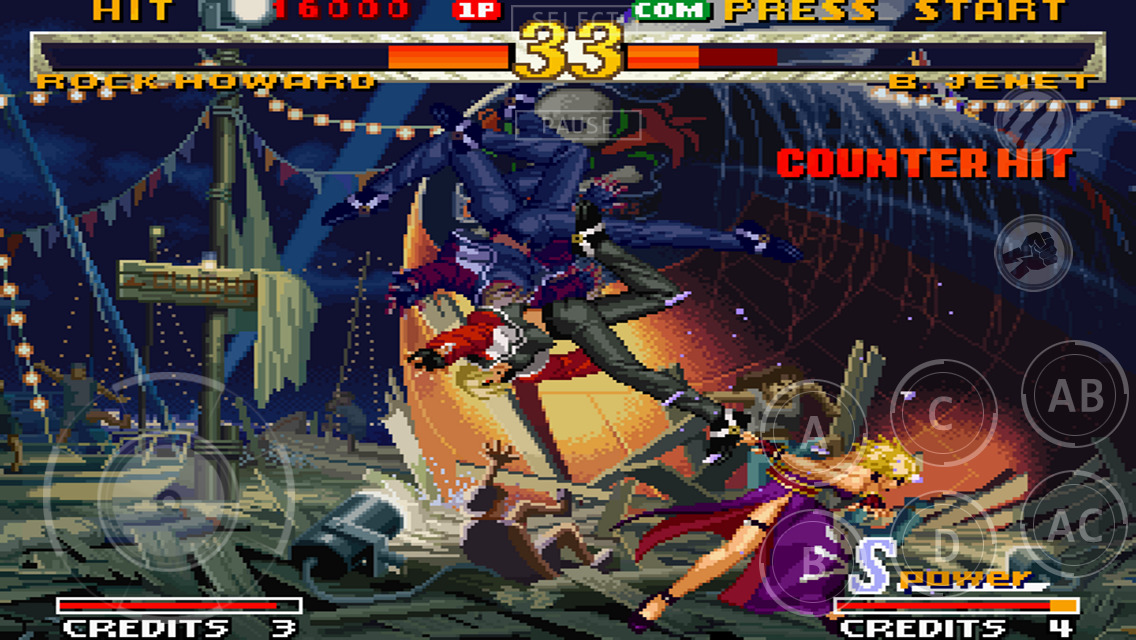 The thing that really surprised me about Garou: Mark of the Wolves was how accessible the game turned out to be. I’m someone who’s decent at fighting games to the point that I know how to do special moves and the like. I once won a Street Fighter 4 ($4.99) tournament in college, though I was one of three people who knew what he was doing, and I was Blanka. There aren’t a lot of Blanka-type characters in fighting games. Against anyone who actually knows what they’re doing, I get annihilated. But many of the other games like Samurai Shodown 2 ($2.99) proved to be too difficult even at their easiest difficulties for me to get a real good hold of.

Thankfully, MOTW‘s easiest difficulty is easy enough to beat to give you some confidence, before 2 starts to ramp up the challenge, and 3 really tested me, and upper difficulties wind up being even more challenging. Still, it’s nice to know that there’s a soft entry point into the game. There’s a lot to learn as far as the “Just Defend" system and optimal “T.O.P." power selection as to when you want to use it. If you’re familiar with the ‘language’ of Street Fighter in terms of how to do special moves, you have a start here.

Online multiplayer via Game Center matchmaking is in the game now! Previous SNK fighting game ports have only had local multiplayer, which has now been replaced by Game Center multiplayer. While there was a bit of trouble getting the game to work at launch, I was able to play games online with solid performance. I was utterly annihilated – people who play fighting games online are freaks of nature. Plus, everyone’s connected via wi-fi or cellular data connections, there’s going to be latency and performance stuttering to contend with. But hey, it works, and it’s an option that exists. I’m glad SNK and DotEmu considered this enough of a priority to include it and hope other games they port over get this functionality if they’ve got it working on iOS. But if you hop on – beware, for there be nerds.

There is gamepad support, which is always welcome, but we warned that some of the d-pads on MFi controllers might not be the best for this sort of game. I imagine that other games do some fudging with the inputs to make special moves easier to execute, as it felt like I had to be extremely precise to perform special moves with my SteelSeries Stratus. Have iCade controllers sitting around? DotEmu has you covered, as the game still supports those. The original iCade and iCade Core are the closest you’re going to get to true fighting sticks on iOS! 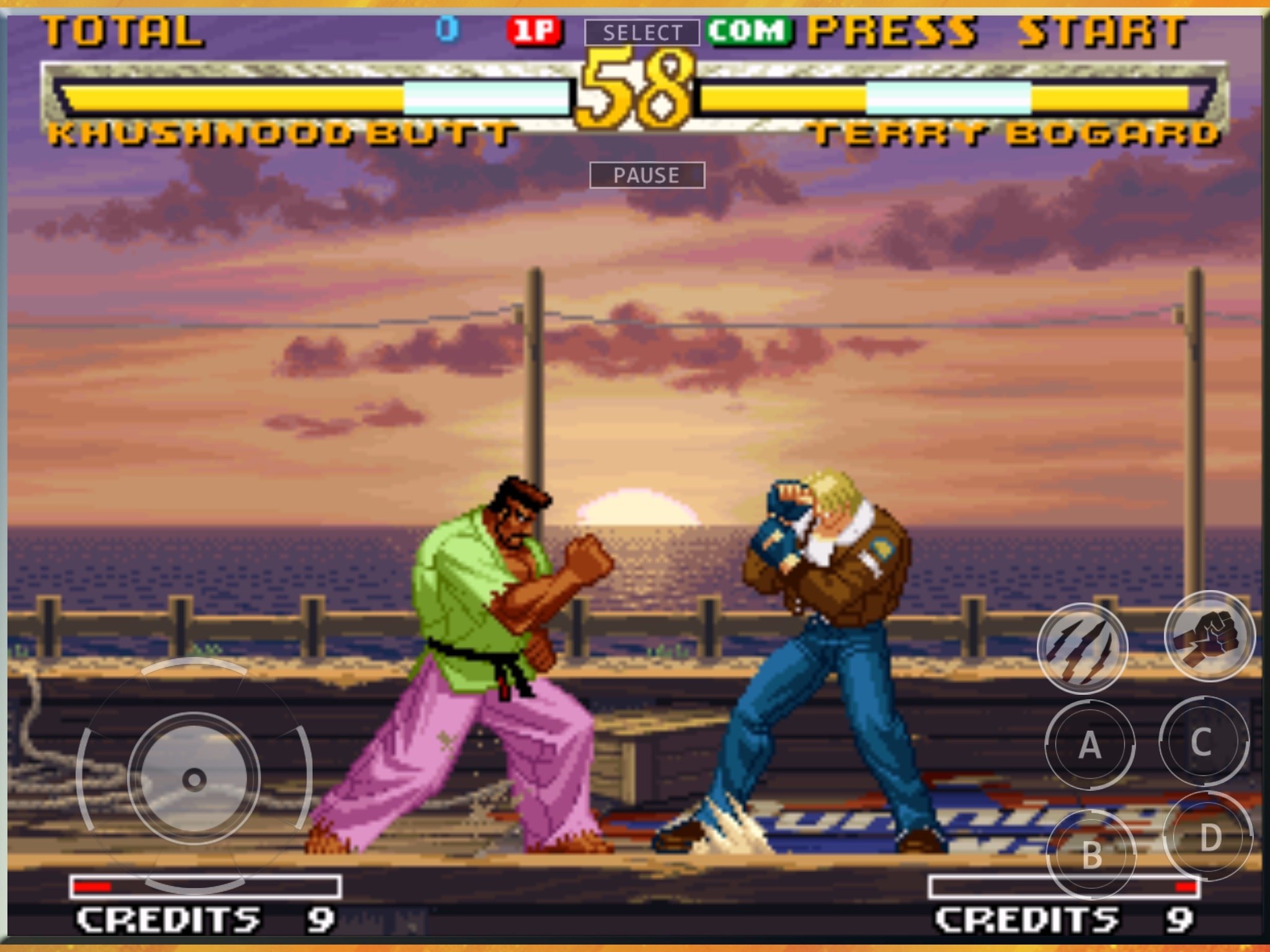 To a certain extent I feel a bit more comfortable with the virtual controls, but there’s one significant drawback: the T.O.P. moves which have to be executed by hitting C+D simultaneously? There’s no button to use those, but there are A+C and A+B buttons. It’s practically impossible to pull off C+D moves on a touchscreen without using two fingers to hit them simultaneously, and when you’re playing with two thumbs, well, that’s just not happening. So a part of the game is left to rot for people playing on touchscreens.

As with any SNK fighting game, you can expect great pixel art with spectacular animations here for a timeless look. There’s definite scaling of the original low-resolution art going on here, but you can play with stretched, original, or windowed aspect ratios. The game also has a fine cast of characters, including a guy named Butt. But all the characters bring something different and fun to play to the table, so definitely play as them all.

If you haven’t played any of the SNK fighting game ports on iOS yet, I definitely recommend Garou: Mark of the Wolves. It has the standard array of features: singleplayer, multiplayer, customizable controls with external gamepad options. But with the addition of online multiplayer along with a game that’s deep but accessible, I highly recommend checking this out. Get your feet wet, and then prepare for a beating.