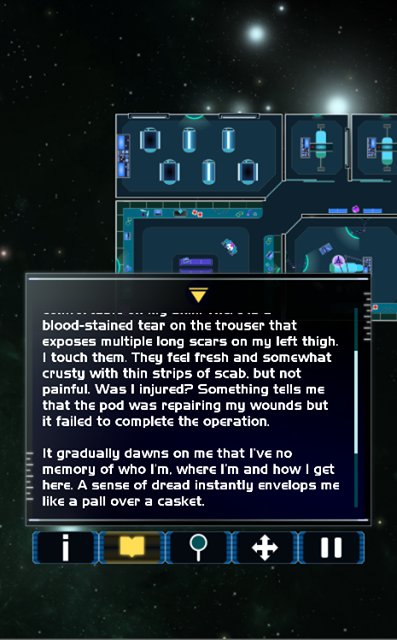 CKS Games has announced an intriguing game called Project H. They’re describing it as a visually-guided gamebook adventure, and the first screenshot shows off a spaceship layout along with some story text. The story will have players waking up on a strange spaceship with their memories missing, and soon meeting others with amnesia. Players will have to figure out if they’re to be trusted or not while discovering the circumstances of their situation through a story that presents choices to players with consequences, including multiple potential endings.

CKS Games is otherwise being tight-lipped about Project H, but I find myself curious, because I think we need more story-driven games along with gameplay-driven ones. But gamebooks can feel difficult to get into, especially for people used to visually-driven games, so something like this that winds up providing a GUI of sorts on text-driven adventure sounds like something I’m curious to see the final product of. Check out the thread on the forums started by the developers.