Get ready to return to the night shift at Freddy Fazbear’s Pizza, as the indie horror sensation Five Nights at Freddy’s ($2.99), which is still number one on the iPhone paid charts, has just had its sequel released to the App Store, Five Nights at Freddy’s 2 ($2.99). The sequel promises more of the same paranoia-driven gameplay, where hte goal is to monitor security cameras and to use the few protective tools at your disposal to survive the night and keep the walking animatronic characters out of your office, all without running out of power. There’s a new flashlight, music box, and mask to use to deal with the new and upgraded animatronic characters. 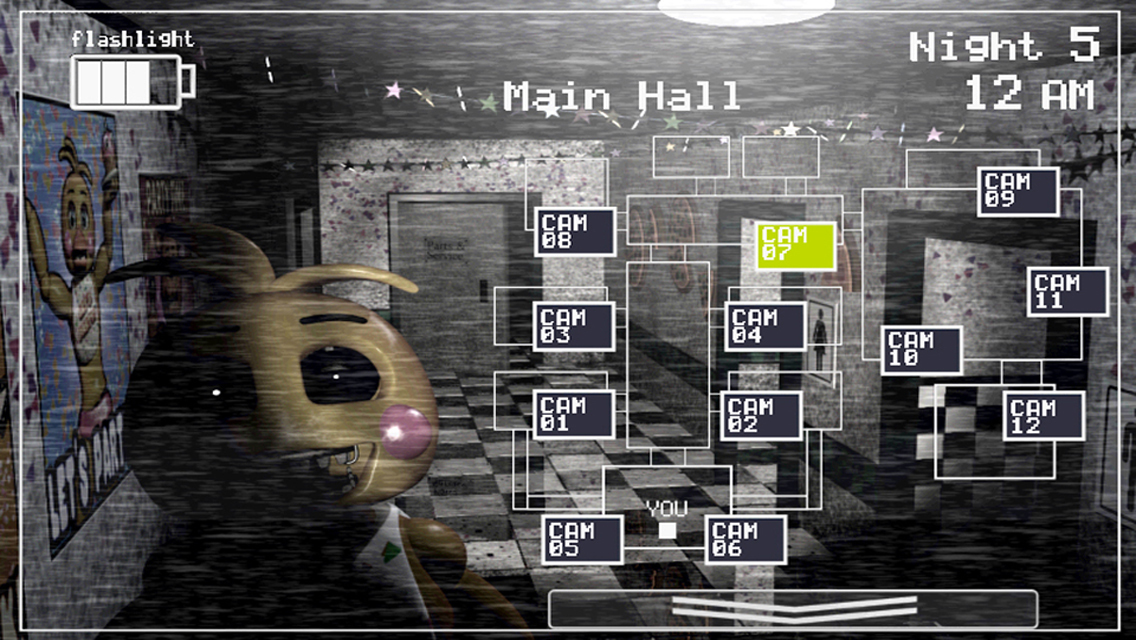 The original game has been one of those unexpected smash hits, thanks in part to the gameplay being perfect for YouTubers to make frightened videos to. It also plays on a theme of animatronic characters being frightening. The gmae plays off of the paranoia of not knowing what will happen next, requiring quick reactions. And there’s a randomness that keeps things challenging. Its themes might not click with everyone, but it’s hit enough buttons that the game has been wildly successful everywhere it goes, even though it’s come from an unexpected source, an indie developer in Scott Cawthon who has a lot of random games on the App Store, like Fart Hotel (Free). But for those who mastered night 7 at 20/20/20/20, the time has come for new surprises.