Following on the heels of yesterday’s news that a free-to-play follow-up to Final Fantasy Dimensions (Free) is on the way in the form of Final Fantasy Legends: Crystal Of Time And Space, yet another Final Fantasy mobile game is on the way this winter, at least in Japan. This one is also free-to-play, and it’s going to look familiar to some of you out there. The name of the game is Final Fantasy Exvius, and it’s a social RPG developed by Alim, the team behind the popular Brave Frontier (Free). For all intents and purposes, it looks like a Final Fantasy-skinned version of that game. 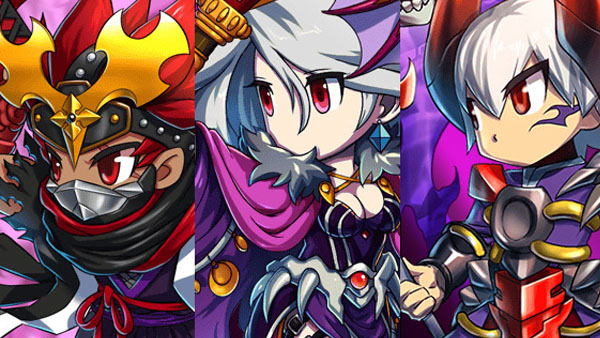 While I know that might not be the Final Fantasy game some of you are looking for, those who have played Brave Frontier can attest to a few points. First, it’s a pretty fun game in its own right, with a fair bit of strategy to its battles, and quite a few elements of more orthodox RPGs in the mix. Second, the sprite work in the game is drop-dead gorgeous, with lush animations and a lot of detail. During the several months I played that game, I often thought I’d like to see a Final Fantasy game with sprites like those found in Brave Frontier, and now here we are. As expected, it looks great, with screenshots showing off parties composed of characters like Kain, Balthier, Krile, Vivi, Terra, and other familiar faces from the series, all with completely new sprites showing off more detail than we’ve ever seen in 2D player characters in the series. You can check out pictures of the game, along with some screenshots of Crystal Of Time And Space, by heading over to Famitsu’s website.

I’m honestly pretty excited about this one. Brave Frontier is one of my favorites of the many social RPGs I’ve played, and I think it’s a natural fit for the Final Fantasy brand. Plus, there’s precedent for an English release, lending some hope that this won’t end up something only Japan can properly enjoy, like Pictlogica and World Wide Words. Final Fantasy Brave Exvius is slated to release this winter in Japan. As with Crystal Of Time And Space, we’ll keep you up to date on any new info that crosses our way as it comes.