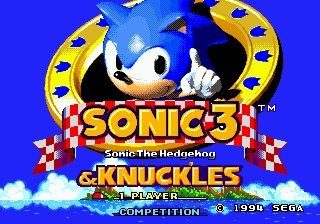 Since at least late 2011, Sega has been teaming up with developers Christian “Taxman" Whitehead and Simon “Stealth" Thomley to bring three classic Sonic The Hedgehog games to the mobile platform. Sonic CD (Free) in December 2011, Sonic The Hedgehog (Free) in May of 2013, and Sonic The Hedgehog 2 (Free) in December of that same year. These games were lovingly recreated from the ground up for mobile platforms, and all contained new features and enhancements that weren’t present in the decades-old originals. Even better, the remastered versions of Sonic 1 & 2 came as free updates to the bare-bones emulated versions of each game which Sega had been selling on iOS for several years. Each Sonic remake on iOS is a masterpiece, and they all seemed to be quite successful, which meant that a similar remake of the final game in the original Sonic trilogy, Sonic 3 & Knuckles, seemed inevitable. Unfortunately, that’s not the case.

We’ve recounted the story of the Sonic iOS remakes many times before, but I’m going to briefly do it again here for maximum context. If you’ve heard this before, feel free to skip to the section below, but for me this is a story that I never get tired of hearing. As mentioned, Sonic 1 & 2 had been available on iOS prior to all the remastering business, but those ports were far from stellar. Sega had thrown together a very basic Genesis emulator for iOS which basically just ran the original game’s ROM with some barely-usable virtual buttons slapped on top. The experience was not great.

In July of 2009, long-time Sonic fanatic and coder Christian Whitehead released a video of a proof-of-concept iPhone version of Sonic CD which he had built using his own custom engine, called the Retro Engine. Being rebuilt from scratch for iOS meant that this version’s performance was far better than the shoddy emulated version of Sonic that was already available, and the virtual controls were not only useable but worked incredibly well thanks to the fact that they were custom-built for touchscreens. Whitehead’s iOS version of Sonic CD was totally unofficial, but the day prior to it being unveiled Sega had put a call out to its community asking what they’d like to see the company bring to the App Store next. This prompted Whitehead to go public with his project in hopes of getting a groundswell of support and Sega’s blessing to finish the project in an official capacity.

It took a couple of years, but in a shocking move of awesomeness Sega actually did agree to release Whitehead’s Sonic CD port officially, announcing its release in August of 2011. As mentioned, Sonic CD released in December of that year, and it was spectacular. The success and critical acclaim for Sonic CD prompted Sega to commission two more Sonic remakes from Whitehead for iOS, this time with the help of fellow Sonic fan and developer Simon Thomley. The results of the remakes of both Sonic 1 and Sonic 2 were similarly spectacular, and in some cases even more so than Sonic CD.

For example, Sonic 1 contained a ton of secrets, some that were found in the original Genesis release and some that were new. Sonic 2 had similar hidden goodies, but its standout new feature was the inclusion of Hidden Palace Zone, which was a level that was supposed to be included in the Genesis version of Sonic 2 but was scrapped just before release. The level was legendary among Sonic fans, and portions of it had been available in various forms online for years. In an astonishing move, Sega actually OK’d Taxman and Stealth taking the portions of the original Hidden Palace Zone that were available and finishing the level themselves, complete with a brand new boss fight. 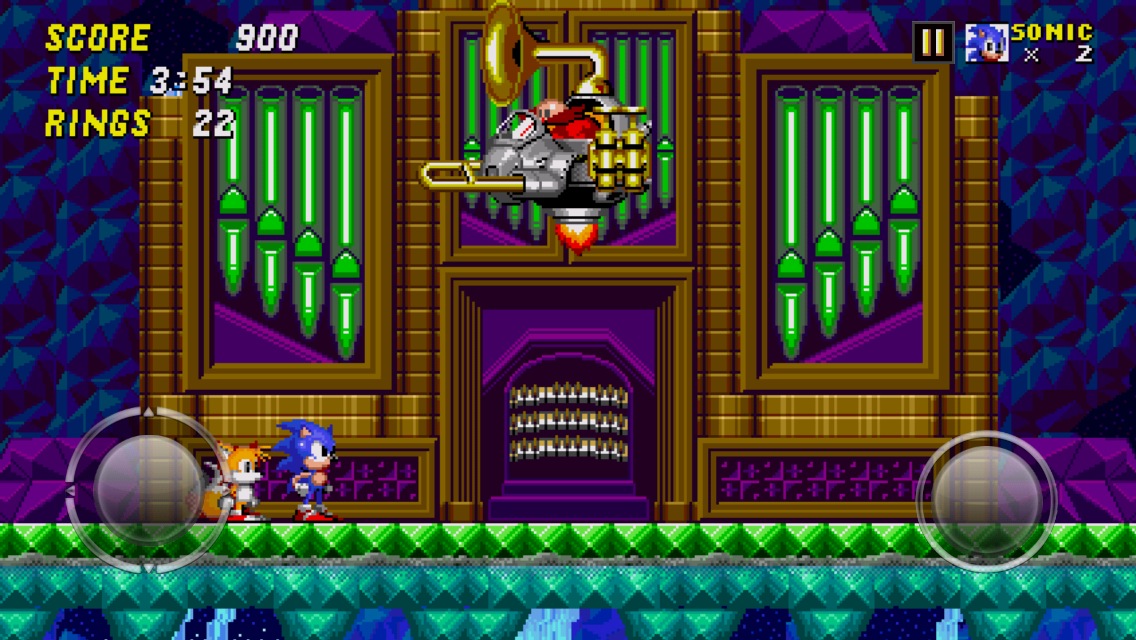 The inclusion of Hidden Palace Zone, and new features like additional playable characters, new modes like Time Attack and Boss Rush, and the fact that Sonic 1 and 2 remastered were released as free updates are all things that showed Sega had confidence in Whitehead and Thomley to work on the company’s most important and iconic franchise, and it showed they were committed to pleasing the hardcore Sonic fan base. The Sonic remakes have been a dream come true for Sonic fans, but there’s one missing piece of the puzzle: Sonic 3.

So What’s Happening with Sonic 3 & Knuckles?

With the success of the Sonic remakes on mobile, a similar treatment for Sonic 3 seemed like a shoe-in. For whatever reason, though, Sega hasn’t signed off on it yet. In case you weren’t aware, yesterday was the 20th anniversary of the release of Sonic & Knuckles, basically the “part 2" of Sonic The Hedgehog 3. To mark the occasion, Stealth has penned a new blog post addressing the situation surrounding a potential iOS port of Sonic 3 & Knuckles. Basically, Taxman and Stealth’s own passion and eagerness led them to begin work on a Sonic 3 remaster, even though Sega had yet to sign off on it. They’ve gotten as far as rebuilding the entire first level Angel Island Zone, as well as the game’s bonus levels and some other odds and ends. You can see video of that work in action below.

As you probably know, Sonic The Hedgehog 3 was originally released on the Genesis in an incomplete form. Maybe incomplete isn’t the right word. Sonic 3 was a complete game, but many of its planned features and content weren’t done in time for release, so about 8 months later Sonic & Knuckles was released. In a bit of glorious 16-bit era gimmickry, Sonic & Knuckles came in the form of a unique connectible cartridge that plugged directly into the Genesis with the Sonic 3 cartridge piggybacking on top. Sega dubbed this “Lock-On Technology." Both Sonic The Hedgehog 3 and Sonic & Knuckles were complete standalone experiences, but when connected to each other, a ton of new features became available and the game becomes known as Sonic 3 & Knuckles, the completed version of what the full game was originally intended to be.

There’s a lot of fun things a remastered digital version of Sonic 3 & Knuckles could do with the whole Lock-On thing, and Stealth notes in his blog post that him and Taxman have plenty of ideas. It also means that rebuilding Sonic 3 & Knuckles would be an even bigger undertaking that both Sonic 1 & 2 combined. It’s essentially twice as many levels, and Sonic 3 used a lot of different techniques in terms of programming compared to the first two Sonic games. Stealth’s blog post gets a bit technical at times, but he lays out many of the reasons that a Sonic 3 port will be more difficult than previous remakes. The thing is though, I’m absolutely confident in the duo’s ability to get it done, and not just get it done but do it at the highest level of quality. The blog post makes that clear in Stealth’s explanation of how they’ve solved some of the problem’s they’ve run into thus far, and how above and beyond they’ll go to ensure things work just as they should. Like previous Sonic remakes, there’s also potential for some totally new stuff, like this new version of the Blue Spheres bonus level that Stealth dreamt up.

No doubt, a Stealth and Taxman (Stealthtax?) version of Sonic 3 & Knuckles would be absolutely top-notch, but at this point in time Sega’s not on board, and that’s heartbreaking. So what can we do? Let’s bug Sega. Let’s bug Sega a lot about this. Tweet @Sega and let them know this is something you want, and something you’re willing to pay for. Hit them up on Facebook. Go to their support website and shoot them an email, telling them you want some Sonic 3 love. Well maybe don’t say it like that, because that sounds weird. But get the message across that there’s an audience that wants a StealthTax version of Sonic 3 & Knuckles.

I’m not sure what’s going on with Sega lately and why they haven’t already signed off on this, but this is an eerily similar situation to the one Taxman was in with Sonic CD back in 2009. And as that situation showed, Sega can be open to fan demand and giving the green light to a project like this. We need to get this grassroots movement going again or risk being left hanging without the final classic Sonic game getting its much-deserved remastering treatment. Share this post on social media, leave your comments of support below, tell friends and family and anyone who will listen to do the same. I’m desperately hoping and praying that Sega will hear us loud and clear, and that a remastered iOS version of Sonic 3 & Knuckles will become a reality and a part of my life sometime in the future.

[Thanks to reader Paul for emailing this tip!]