Poor ol’ Sonic sometimes feels like the video game equivalent of a child actor. He blasted onto the scene in his youth, becoming a huge multimedia star and the darling of the industry, with a hugely successful comic, several animated series, and the true measure of success, his own canned pasta. Then he went through a very awkward 3D puberty, and things have never been quite the same since. From the horrifying lows of Sonic the Hedgehog 2006 and Sonic and the Black Knight to the enjoyable highs of Sonic Generations and Sonic Colors, he’s become a veritable poster child for inconsistent quality. Even his many, many spin-offs vary greatly in this way, with some recent great racing games under his belt being off-set by mediocre cash-ins like his Olympic team-ups with Mario. Remember that time he was in an RPG from the makers of Mass Effect and Knights of the Old Republic? Man, what a guy.

At least we can count on the classics, though. New adventures might be gambles, but when we load up a good old 16-bit Sonic, we know it’s going to be fine, or so you would think. Unfortunately, even that couldn’t be counted upon. Both awful re-made versions, like Sonic the Hedgehog Genesis for Game Boy Advance, and not-so-hot emulations, like the original versions of the first two Sonic games on iOS, have popped up here and there, making it so you can’t even trust the past. There is, however, one thing about Sonic the Hedgehog that is extremely consistent: the fans of the character. Sometimes off-beat, sometimes downright scary, but most of all, dedicated in a way few other fanbases can match, they’ve stuck by Sonic and SEGA through the good times and a whole lot of bad, contributing art, stories, romhacks, and many other things.

Although they stood by the character, you could often feel the frustration pouring off them. It got so bad that one fan, by the name of Christian Whitehead, presumably decided that telling SEGA to do things better wasn’t enough. He was going to show them how to do it better. Creating his own engine called the Retro Engine, he set about remaking Sonic CD in a way only a huge fan could. When he showed his work to SEGA, not only did they not shut him down with Amy Rose’s Legal Hammer, they decided to make it official. Christian Whitehead’s remake of Sonic CD (Free) released in 2011 on various platforms, and boy, was it something else. If you want to see how we at TouchArcade felt about it, feel free to do a little time traveling and come back, but suffice it to say, it not only showed tremendous respect to the source material, it also made several inobtrusive improvements on it.

Shame we were stuck with those badly emulated versions of the first two 16-bit games, though. The fans made no bones about wanting to see the original games get this star treatment, but nobody really knew if Christian Whitehead’s official involvement with Sonic was a one-off or an on-going thing until earlier this year, when SEGA announced at GDC that a remake of Sonic the Hedgehog (Free) using the Retro Engine would be hitting iOS and Android. Joining Christian Whitehead this time was another famous member of the fan community, Simon Thomley, who had worked on the well-known mod of Sonic called Sonic Megamix. As a bonus for iOS gamers who had already paid for the original app, this complete remake was delivered as an update to the existing app. We didn’t do an official review here at TouchArcade, but it was every bit as impressive a remake as Sonic CD, and then some. 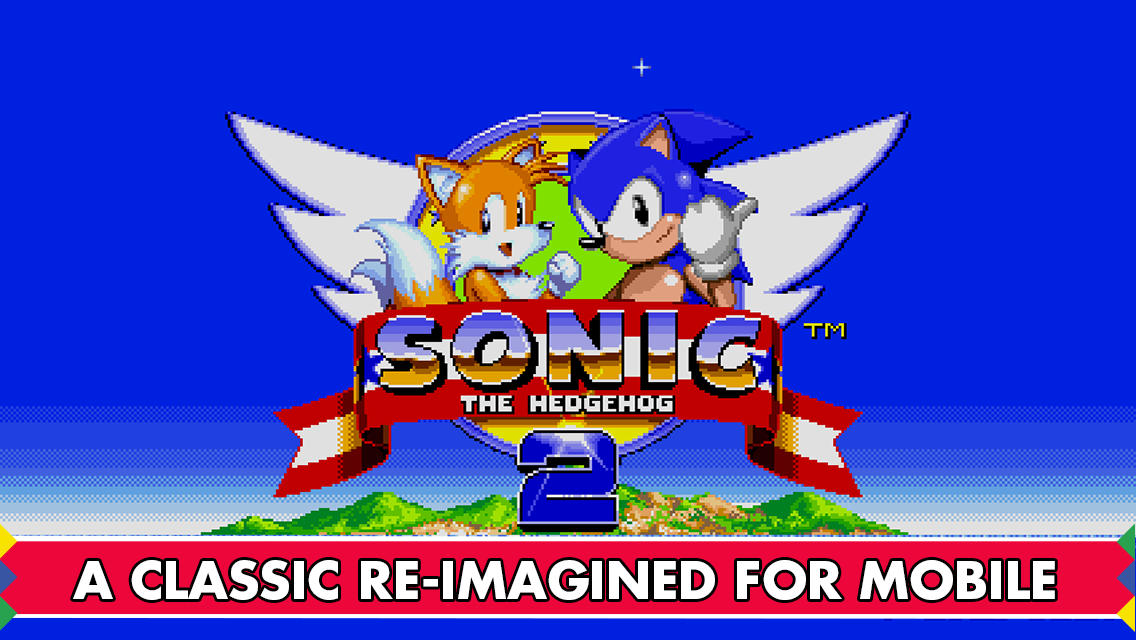 This brings us to the latest game to benefit from the work of this Dream Team, Sonic the Hedgehog 2 (Free). Like the first game, the original Sonic 2 app suffered from a lot of problems, including sound issues, slowdown, poor virtual controls, and a windowed play area. Options were cut from the original version, and it even had some seriously long stretches of time where it crashed constantly. The game that many have such fond memories of still shone through where it could, but it was certainly a disappointment to see such a major touchstone of gaming history given that kind of slipshod treatment. Well, it’s probably not a surprise, but all is right in the world of Mobius once more. Christian Whitehead and Simon Thomley have done their magic, and what was once a half-hearted ROM dump is now a beautiful, fully-featured, blazing fast version of a great classic, delivered as a free update to the original app.

Although it would be more than sufficient if it were the case, this is not merely a perfect 60 fps version of the original game. Just like with the remake of the first game, Tails and Knuckles have been added as fully playable characters with their ability sets from Sonic 3 & Knuckles. This isn’t the first time we’ve officially been able to use these characters in Sonic 2, but having Tails fully implemented with his flying ability is a first. Sonic can also have Tails pick him up as he can in Sonic 3, so be careful, or you might get helped to death. All characters are selectable at the beginning of the game, so you don’t need to clear it or anything to unlock your favorite. Some changes have been made to the levels to allow for more interesting paths for these new characters, so even veterans will have new things to find. 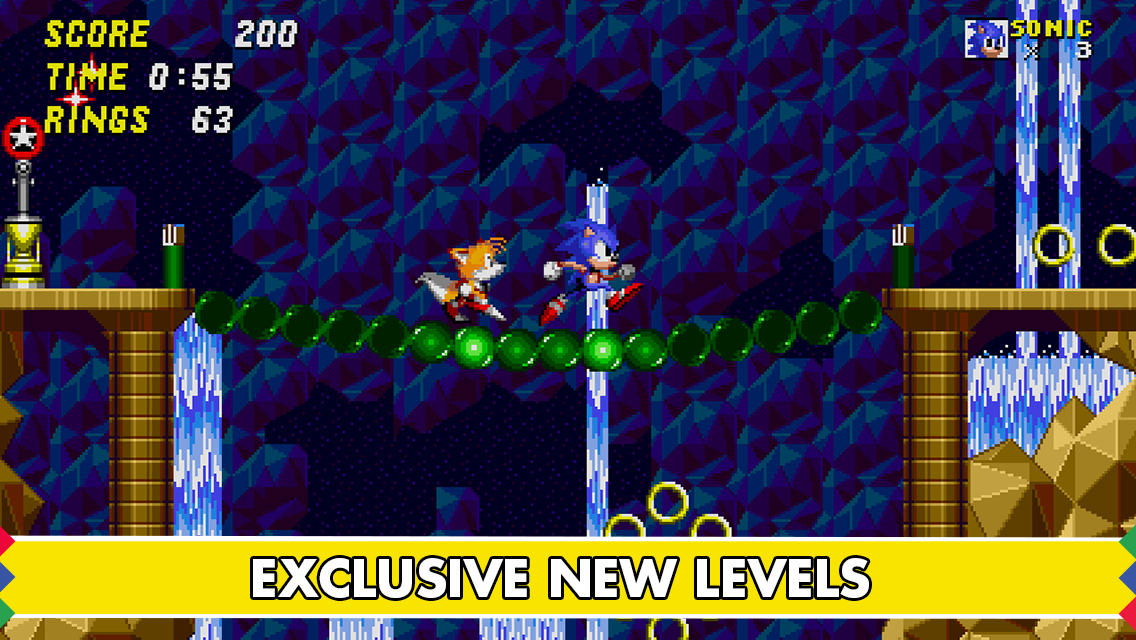 Of course, that’s not even the best bit. You see, Sonic 2 has many interesting legends surrounding it, thanks to some early screenshots in magazines and some recovered prototypes. A number of levels planned for the game had to be cut for it to make its vital Christmas season release date. A scant few of these levels actually had any assets created for them, and just two of them existed in anything approaching playable form: the Wood Zone and the Hidden Palace Zone. Over the years, many fans have created their interpretations of these cut levels. The Hidden Palace Zone received a lot of attention, owing to the many screenshots of it found in magazines and advertisements. It was apparently cut from Sonic 2 at a very late stage, and was meant to be a one act zone that transitioned Sonic to Super Sonic.

Well, the Hidden Palace Zone is finally an official reality, though it differs in some ways from fan expectations and its original planned usage. Living up to its name, this single act zone is something you’ll have to seek out, as it’s not part of the regular stage progression. I’m not going to spoil where it is, but it’s somewhere most Sonic 2 players have taught themselves to never go. It’s a gorgeous stage, with lots of great effects, and it features a completely original boss fight with Robotnik at the end. The layout is quite different from the prototype versions, and while many fans would expect it to use the unused “No. 10" song from the sound test mode, it actually uses the tune from the two-player version of the Mystic Cave Zone. It’s a fun stage with some new enemies and obstacles, and it’s pretty crazy to be playing it in an official capacity. 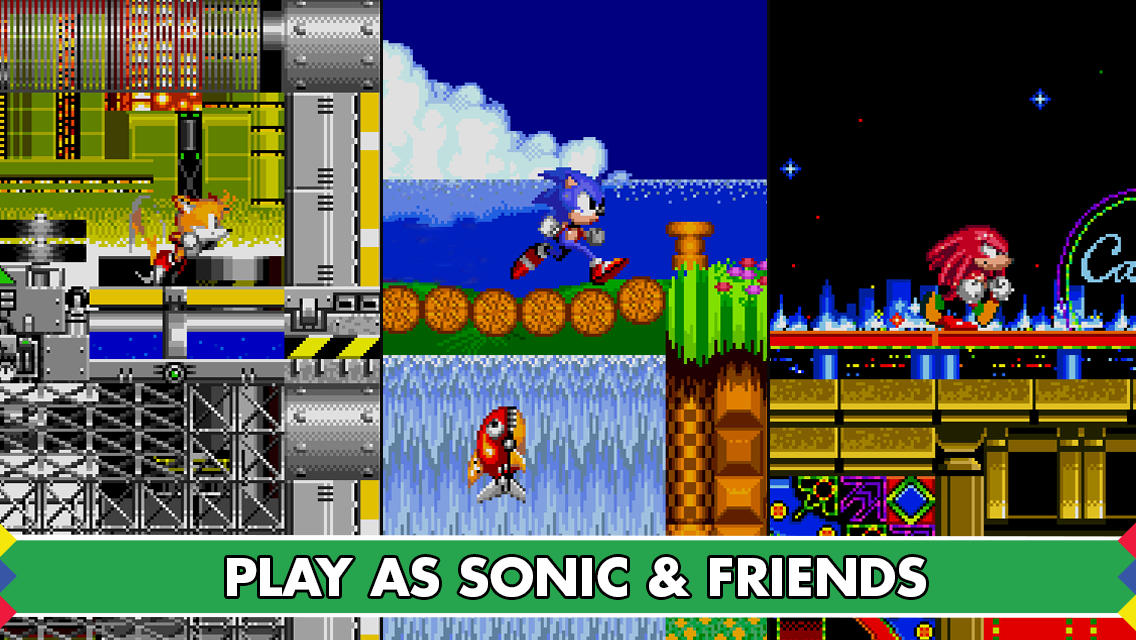 The bonus stages have been completely recreated in 3D, which is nice because they were some kind of pixelated ugly in their original form. The game itself has full support for all shapes and sizes of screens, and the virtual controls are greatly improved. Apparently, iCade support is coming in the next update, and with any luck, we’ll see support for MFi controllers in the future. This version of Sonic 2 also has all of the options and many of the same secrets as the remaster of the first game, so make sure to try them out. One new option that doesn’t work quite so well as the rest is the online two-player mode. It’s the versus mode from the original Sonic 2, but, at least when I tried it, I had no end of problems getting a game going without it dropping or crashing. I imagine there will be fixes for this, but at the moment, it’s a bit of a mess.

All these words, and I haven’t talked about the original game itself. Sonic the Hedgehog 2 was the sequel to SEGA’s breakout hit, and it took the series to a whole new level. With a new spin-dash move that allowed Sonic to generate momentum from a standstill, a larger assortment of zones, and the introduction of Tails and Super Sonic, it’s the favorite Sonic game of many gamers. Pound for pound, I prefer Sonic 3 & Knuckles, but Sonic 2 is still an incredible game that demonstrates Sonic Team’s skill at what might have been their height. Since we don’t have Sonic 3 & Knuckles on iOS yet (HINT HINT SEGA), this is, in my opinion, the best game in the series available for iOS. 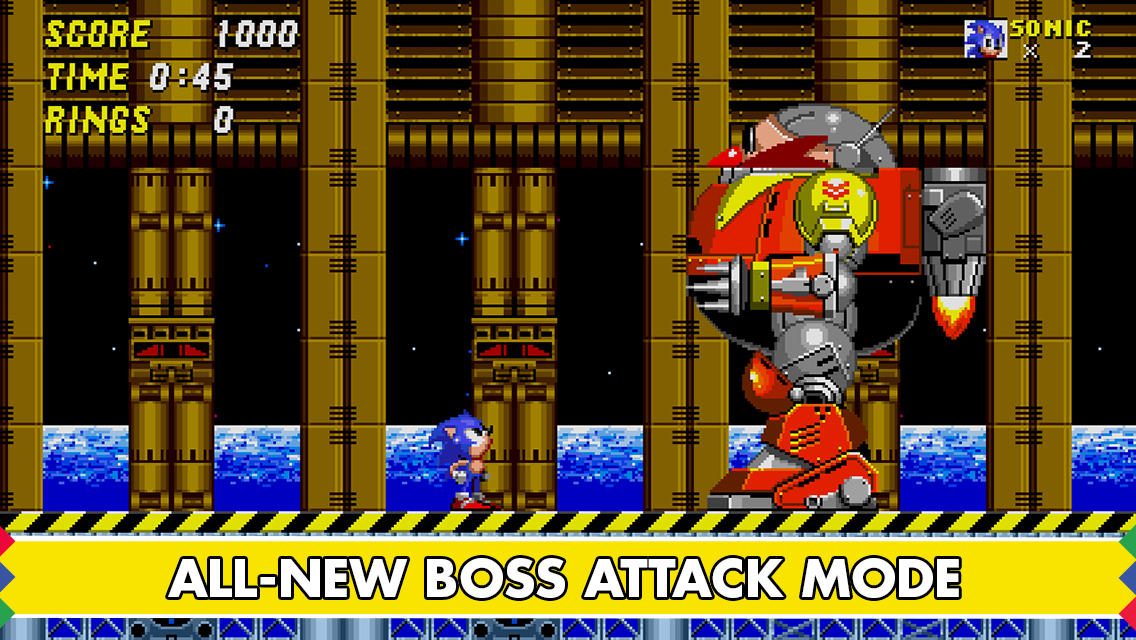 If you already have the original version of the Sonic 2 app, you just need to update to gain access to this beautiful remaster. If you don’t have it, you should get it now. This is as of now the definitive version of this game available on any platform, and it’s easily one of the best platform games available on iOS. The only real knocks I’ve got on it are the issues with the two-player mode and the minor issues that occur from using virtual controls. Whether you’re here for the nostalgia or simply to experience one of the better games of the genre, you’ll be well taken care of by Sonic the Hedgehog 2 Remastered. To SEGA, Christian Whitehead, and Simon Thomley, congratulations on a job well-done, and… you know what you have to do next, right?