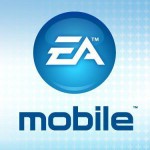 Today I got an email from an EA Mobile representative collecting data from respondents on the current perception of EA Mobile in the industry. Thinking about it, it’s actually really rare for anyone from the giant gaming outfits to take time to ask what we think. Communication is typically pretty one-sided, with information controlled behind sanitized press releases and embargoes. When people ask me what I think, I’m often brutally honest, so earlier this morning I drafted a response. After sharing it with the rest of my crew before sending, it was suggested that I just turn this into an open letter, with hopes that it’ll actually amount to something beyond just a “Thanks for your feedback."

Here’s the prompts the EA representative asked for responses on-

With that, my response- 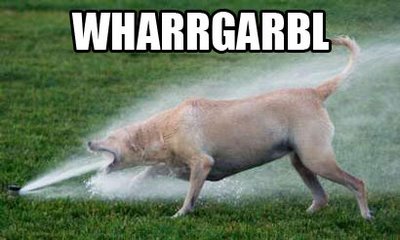 Let me start out with a bit of a caveat here- The App Store is immense, and trying to intelligently parse what comes out of it with the rate new games are released is like trying to drink from a fire hose. These days, I try to assume a higher role watching all this from above, dealing with management of the flow of game releases to writers which then turns into published content as I can have a dozen people playing a dozen different games versus only being able to play one myself. The down-side of all this is I can’t often speak in depth to specific games from playing them completely myself as I only have so much time to play so much, but I keep a close eye on my community and the vibes of my writers. I don’t have as much hands-on ground-level experience as I wish I did anymore, but the site runs much smoother with me focused exclusively on managing everything.

With that being said, my perception of EA Mobile currently isn’t great. Originally, looking back on the beginnings of the App Store, it was super exciting to see EA getting involved as it felt like it really legitimized the iPhone as a gaming platform when the “big guys" decided to devote resources to it. I remember what a huge deal it was (and even flew out to NYC to see it) when Madden first came to the iPhone. 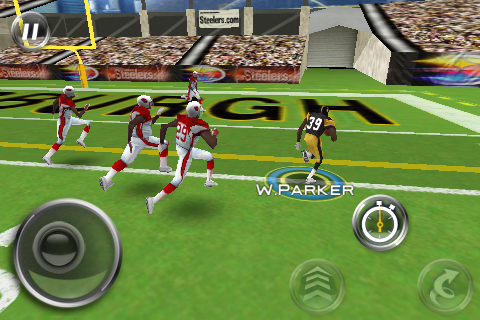 Unfortunately, since then, the landscape has significantly changed. EA Mobile dabbled in indie game publishing and it’s hard to feel like any developer in that program didn’t just get straight up screwed, for lack of a better way to put it. I remember going to a huge EA event where Trenches II, R-Type, Reckless Racing, and some other indie games EA had picked up weren’t represented at all despite being incredibly close to release. It was very embarrassing how developers went from being really excited to have EA onboard as a partner for me to then report back to them and be like, “Yeah so I went to this huge EA event hoping to see your game and it took them ten minutes to track down someone’s personal iPhone that had a build and even then no one knew anything about it."

I mean, the whole dream EA seemed to be selling to those developers was being able to take the games they made in their home office and give them the EA boost… Except that didn’t happen at launch, and from hearing reports from developers in similar situations, even getting badly needed updates pushed through was a nightmare. That sort of thing feels flat out abusive to the developer community, because signing with EA seems like it’d be a dream come true only to essentially be tossed aside and having there be nothing you can do about it. 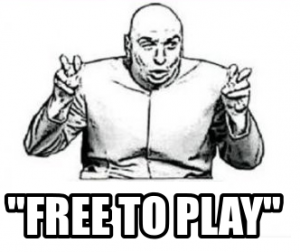 Of course EA was on the forefront of converting everything to free to play, which hasn’t helped much with my general perception either. Don’t get me wrong, I get it, free to play games are making far more money than paid games and the landscape is shifting towards it making far more business sense to cater to the casual market than the “core" gamer market. It just kind of feels like EA Mobile has turned their back on the gamers who bought all the premium titles back in the day to instead focus on these watered down iterations of previously loved titles, jam packed with IAP ruthlessly balanced towards extracting as many dollars from your pocket as possible.

Madden is a perfect example. Originally it was an amazing game I couldn’t believe I was playing on my phone. Now it’s like the Weekend at Bernie’s corpse of Madden, hastily embalmed with IAP masquerading as the Madden you thought you loved. Worse yet, EA as a company will vehemently defend borderline malicious pricing policies behind IAP-powered games versus premium games, while completely ignoring the vast selection of free to play games out there that people don’t hate. Watching the fan fallout and the official EA responses to Dungeon Keeper was absolutely mind boggling- A game which seemed that literally everyone but EA could see how abusive it was.

The worst part is, it doesn’t matter what I think, or what gamers think. We’ve become irrelevant, because the “core" crowd isn’t the people spending vast amounts of money on IAP and the casual crowd don’t care about game reviews. They’re downloading The Sims FreePlay because it’s free and it’s something they recognize. Full stop. The whales of the world now are people who are accidental gamers, who exclusively play games based on what’s in the top ten free charts or what their friends badgered them into on Facebook. At the end of the day, EA can say “Oh well we still care about gamers!" but as a publicly traded company with a bottom line to worry about, it’s hard to shake reality. 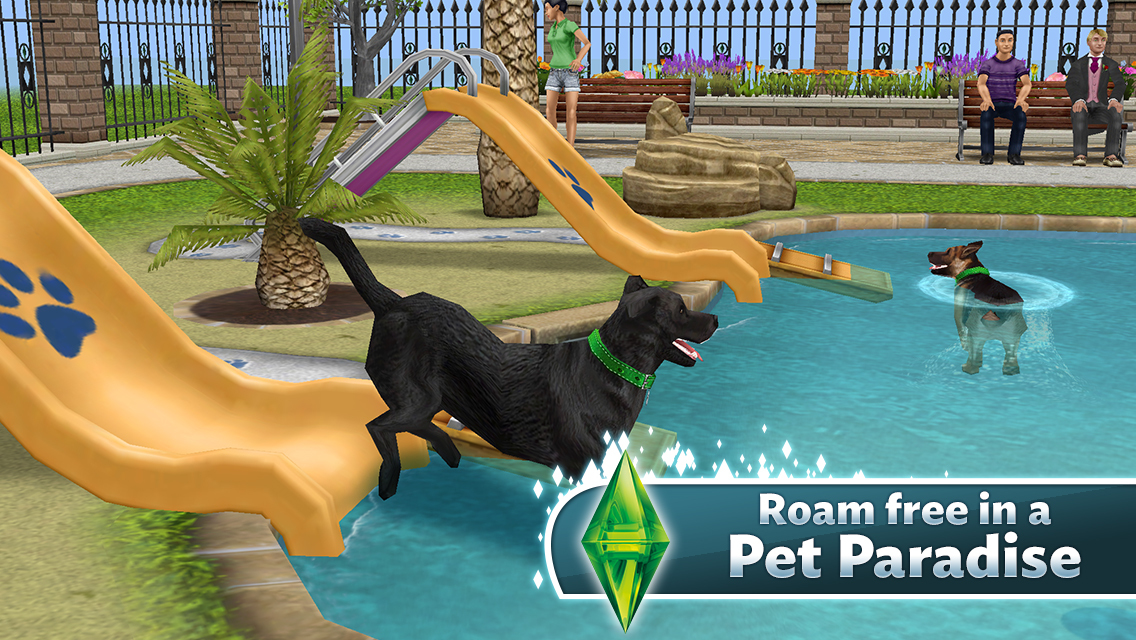 What’s depressing about this is that Dead Space on iOS was amazing. It not only was a great standalone experience, but it also did a fantastic job of adding to the Dead Space universe while not being something you’d really be missing out on majorly if you only ever played the console games and didn’t have an iPad. It seemed like that sort of auxiliary experiences would be perfect for mobile, but with the current landscape of free to play I don’t feel like we’ll ever see a premium game like Dead Space from EA ever again. The same thing can be said for all the EA-released premium games of that era.

EA’s biggest challenge is going to be convincing the “core" crowd that bought the games which built their company that they’re still relevant to the interests and aspirations of EA. Gamers desperately want buy once play forever experiences without the crazy amount of “optional" (but not really) IAP that has become standard on the App Store. Again, I get it, it’s the reality of the situation that those kind of things don’t make as much money as free to play… But it seems like a toxic attitude to have to focus on free to play because it makes TONS of money versus still releasing some normal, old school premium titles which only make OK money. I badly want some company to try to continue the process of legitimizing iOS gaming instead of happily strolling down the road of releasing money-extracting skinner boxes based on popular IP people recognize enough to download. 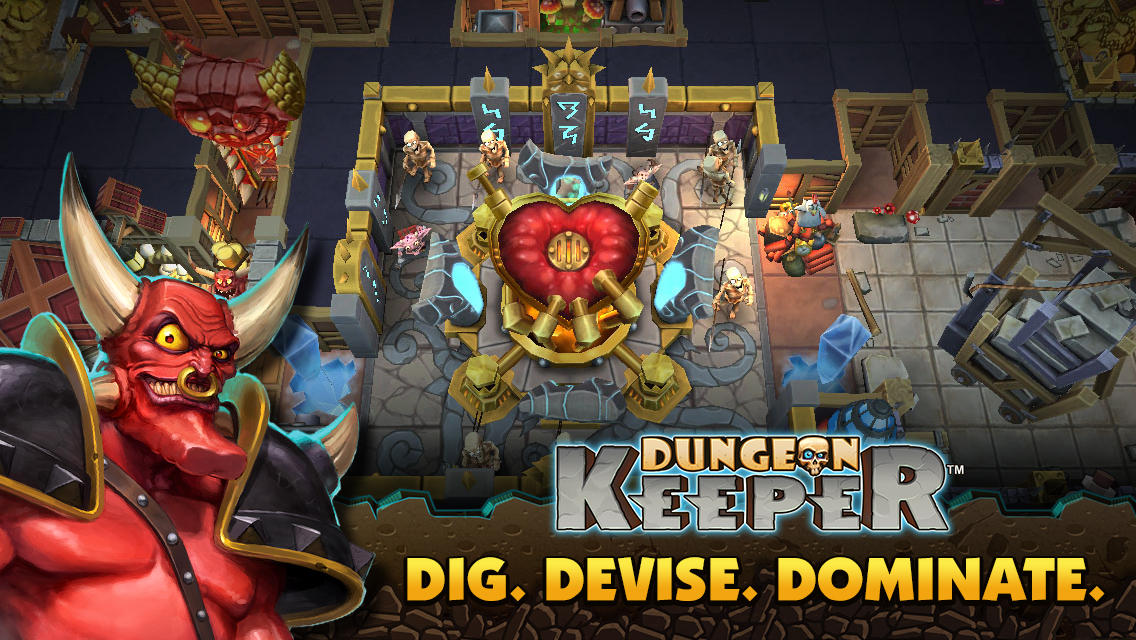 I’m really not sure anymore what EA’s biggest strength is, at least when it comes to mobile gaming. I’d say a vast pool of IP to pull from, but, when it’s being used for things like Dungeon Keeper on iOS? It’s like being blessed with super human strength and using that strength to punch puppies. It’s great that you’re really strong, but with how you use that strength, it’s not difficult to make an argument that things would be better if you weren’t.

I’ve already mentioned what I’d love EA Mobile to do, but I know how little sense it makes you guys to do it. The App Store is a cruel market, and you’ve got to go with the flow. Right now it’s a raging rapids of free to play. I’m realistic, I get it. It just… sucks.